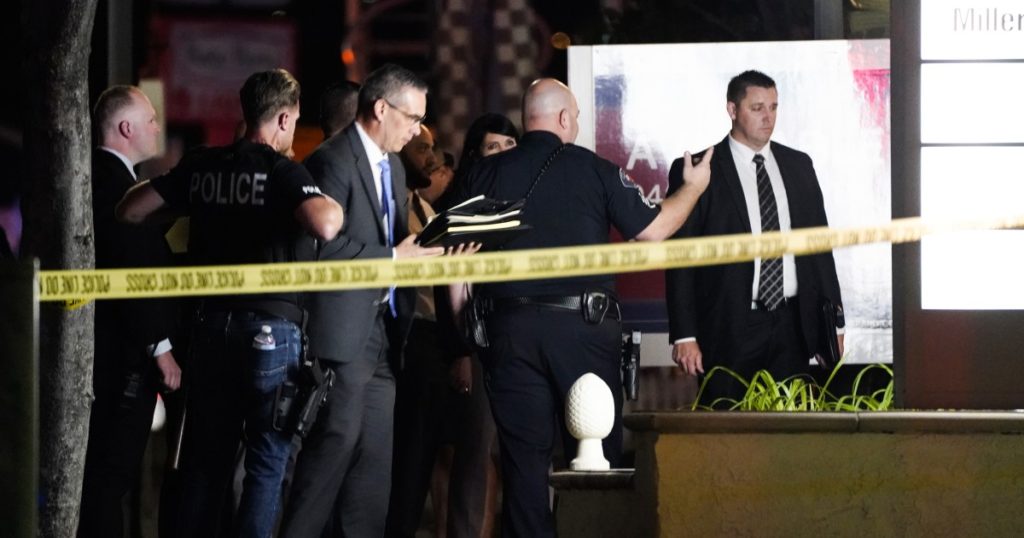 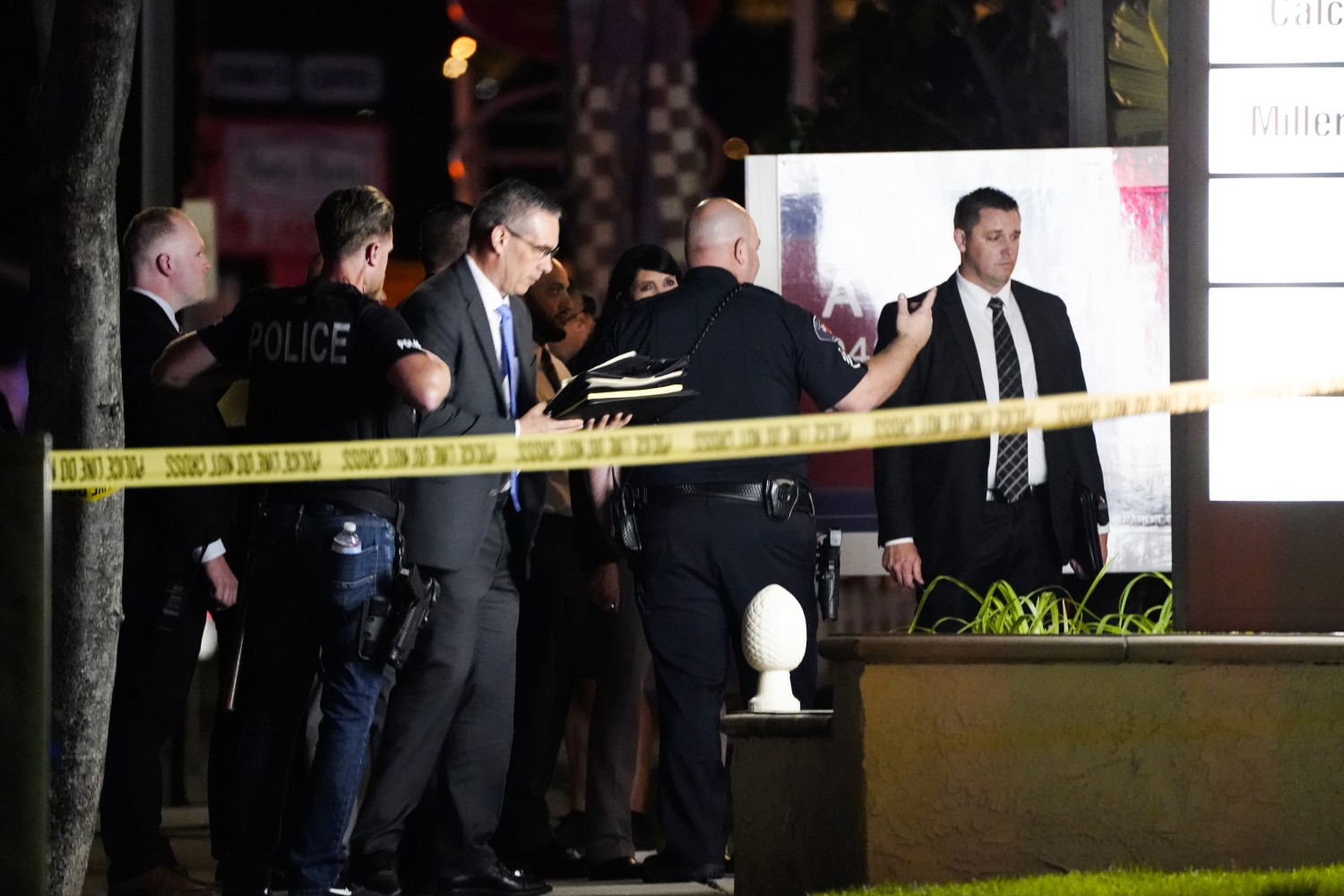 Citing recent mass shootings in Orange, Boulder, Colo., and the Atlanta area, state lawmakers on Tuesday advanced a proposal for a new tax on the sale of guns and ammunition in California to boost funding for violence prevention programs.

The legislation by Assemblyman Marc Levine (D-San Rafael) would place a $25 excise tax on retailers for the sale of each new gun and an as-yet-undetermined levy on ammo sales to raise millions of dollars to fund the efforts.

“Gun violence will not end on its own,” Levine told the Assembly Public Safety Committee during a hearing Tuesday. “We must take responsible action to end the public health crisis that is gun violence in our state, in our nation.”

The panel voted 5 to 2 along party lines to approve the legislation, which still needs approval from the full Assembly.

In backing the tax, lawmakers cited a string of mass shootings including one on Wednesday in which a gunman killed four people, including a 9-year-old boy, at an office park in Orange.

A week earlier, on March 22, a gunman opened fire at a Bouldersupermarket, killing 10 people, including a police officer.

Days before that, on March 16, a gunman killed eight people at three Atlanta-area spas, including six women of Asian descent.

“These are not statistics,” Levine told his colleagues. “They are human lives.”

Levine said that in just the first three months of this year there were more than 100 mass shootings in the United States.

Advocates for gun owners, including the National Rifle Assn., testified against the legislation, telling lawmakers the tax was an unconstitutional attempt to limit the ability of citizens to buy firearms.

“This legislation will make it even more difficult and expensive for law-abiding individuals, especially those living in underserved, high-crime communities, to protect themselves and their families,” said Daniel Reid, western regional director for the NRA Institute for Legislative Action.

Opponents of a new tax, including representatives of NSSF, a trade association for the firearm industry, say there are already numerous taxes and fees on guns and ammunition in California

They include an 11% federal excise tax on firearm and ammunition purchases to help fund conservation and wildlife efforts, a $31 fee for the “dealer record of sale” transaction and a $5 firearm safety and enforcement fee.

The NRA did not take a position on the violence prevention program that the tax would fund, but believes any money should be sought from the public at large, not gun owners “exercising their constitutional rights,” Reid said. “To put it on gun owners is unconscionable.”

Republican Assemblyman Tom Lackey of Palmdale, the committee’s vice chairman, voted against the new tax, noting that California already gets $6 million annually from fees on firearms.

Legislators backing the tax “are simply apoplectic that so many Californians are buying guns right now at a record pace,” he said.

Californians bought more than 1.3 million firearms last year, a higher number than were purchased in each of the previous three years, when fewer than 1 million were purchased, but below the figure for 2016, said Jurgen Brauer, chief economist for Small Arms Analytics & Forecasting.

About 110,000 Californians cited the COVID-19 pandemic as a factor in their decision to buy a firearm during the first five months of the crisis, with many mentioning fear of violence and lawlessness as inmates were released early from prison and poverty increased in the state, according to a study issued in January by the Violence Prevention Research Program at UC Davis.

The tax, which would sunset in 2028, would be paid by the retailer, but opponents say it will just be passed on to the consumer in higher prices.

Levine proposes that the money raised by the new taxes go to expanding the California Violence Intervention and Prevention Grant Program, which gives money to cities and community-based organizations working to reduce shootings in high-crime areas, including those that are home to street gangs.

The state allocated $30 million for the program in 2019. The new gun tax alone could generate an additional $13 million annually based on estimates for a similar proposal in 2019 that did not reach the governor.

One strategy of the grant program is to enlist former gang members to identify and quickly mediate conflicts they see in their communities, working closely with people at risk of involvement in violent crime.

Julius W. Thibodeaux Jr., the strategy program manager for Advance Peace Sacramento, said he would welcome the financial help. The program has six mentors working in the field throughout the city, but could use more, especially because there has been an uptick in gun violence in the last year in Sacramento as well as across the nation.

“It would be great — any financial support that we could get with regards to doubling down on all of the extra work created by the ramifications of the pandemic,” Thibodeaux said. “We were pretty much dealing with gun violence as a pandemic. COVID-19 just exacerbated all of that.”

His group, working as part of a larger grant-funded collaboration called Healing the Hood, works to develop relationships with at-risk youths and help them see alternatives through life skill classes and educational excursions.

“In all of these situations we are there to de-escalate,” Thibodeaux said.

Started in 2018, the broader effort in Sacramento early on saw 28 months without any juvenile homicides in the city for the first time in memory, Thibodeaux said. Similar programs throughout the state have also helped.

“They have demonstrated success in actually saving people’s lives from gun violence in our communities,” Assemblywoman Buffy Wicks (D-Oakland) said during Tuesday’s hearing.

Communities that received violence intervention funds in 2018 saw homicides decrease by three times more than those that did not participate in the program, Levine said.

As a tax measure, the legislation requires a two-thirds vote. Democrats have a supermajority in both houses, but moderate Democrats sometimes bristle at supporting tax hikes. A similar measure in 2019 bogged down in a finance committee.

Gun groups including trade organizations and the NRA are active in lobbying at the Capitol, and the NRA’s political committee and an affiliated group, the California Rifle and Pistol Assn., have provided campaign contributions to legislators.

Last year, an election year, the NRA made contributions ranging up to $1,500 to 23 Republican state lawmakers in California.

Levine is urging colleagues to not succumb to lobbying by advocates for firearms.

“We must stand up to the merchants of death that is the gun industry,” he said. “We must take action to end gun violence in our communities.”