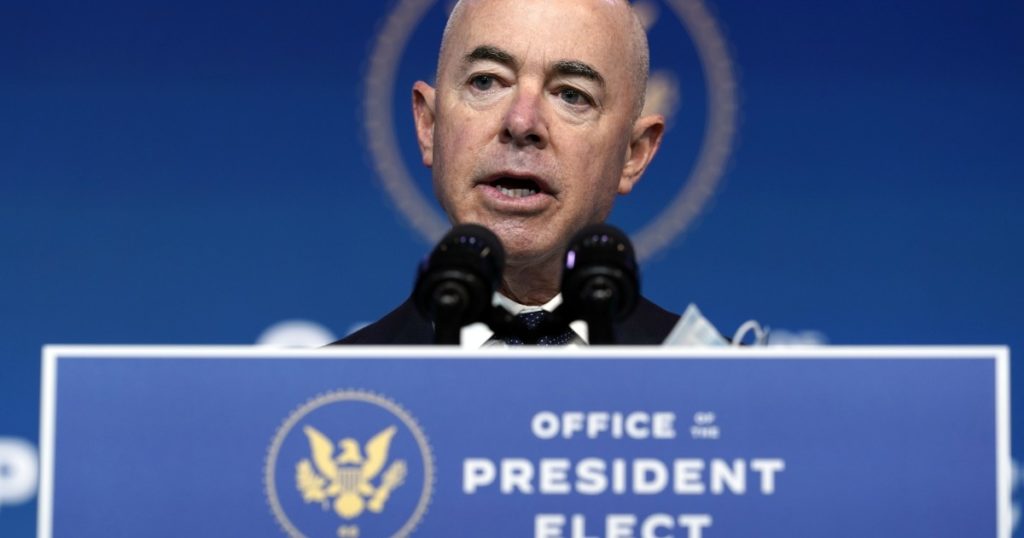 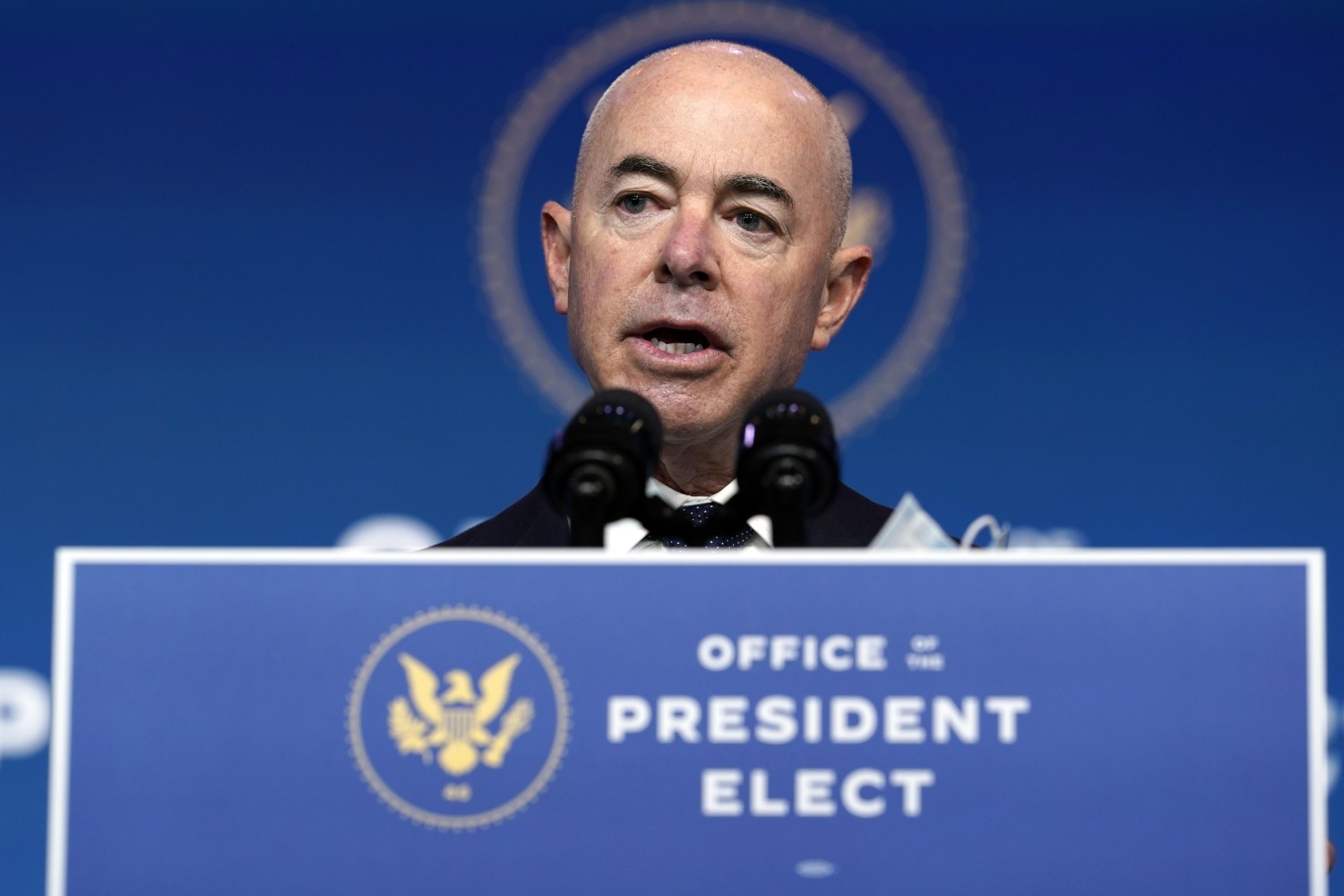 In the wake of a largely cordial confirmation hearing for Alejandro Mayorkas, President-elect Joe Biden’s nominee for secretary of Homeland Security, Sen. Josh Hawley (R-Mo.) announced Tuesday that he was putting a hold on a procedure that would have bypassed full committee consideration of Mayorkas’ nomination.

“I cannot consent to skip the standard vetting process and fast-track this nomination when so many questions remain unanswered,” Hawley said in a statement.

The move is a break from practice in recent years, during which Homeland Security leadership was typically approved at the start of a new president’s term.

At the tail end of the Tuesday morning hearing, in which Mayorkas spoke before the Senate’s Homeland Security Committee as part of his confirmation process, Hawley asked him where money Congress has already appropriated for President Trump’s border wall would go. The nominee responded that he would follow the law if he became department leader, but would also need to understand what that law allowed for with respect to discontinuing the funding.

Hawley also asked about Biden’s plans to pursue legal status for an estimated 11 million immigrants in the country illegally.

Mayorkas replied that the president-elect “has spoken of the need for a path to citizenship for the individuals who have been in this country for many years, who have contributed to our communities and to this nation’s economic prosperity.”

“I would be privileged to work with Congress to pass immigration reform legislation that provides that path and provides a permanent solution,” Mayorkas said.

Concerns about these immigration policies seemed to be at the root of Hawley’s procedural block.

“Mr. Mayorkas has not adequately explained how he will enforce federal law and secure the southern border given President-elect Biden’s promise to roll back major enforcement and security measures,” Hawley said in his statement. “Just today, he declined to say he would enforce the laws Congress has already passed to secure the border wall system.”

Mayorkas’ hearing came in the wake of the insurrection at the U.S. Capitol, while a pandemic rages on and the impact of an enormous federal hack continues to reverberate through Washington — all crises Mayorkas will have a hand in dealing with if approved as Biden’s Homeland Security secretary.

The hearing emphasized immigration policy but also explored counter-terrorism, emergency management and cybersecurity, all of which are within the Department of Homeland Security’s broad portfolio.

Born in Havana, Mayorkas grew up in Los Angeles and graduated from UC Berkeley. He would be the first Latino and first immigrant to serve as Homeland Security secretary, and already has been confirmed by the Senate three times for prior positions.

The Cuban American and former federal prosecutor was named by Biden in November. If confirmed, he would oversee the federal government’s third-largest department, where he almost certainly would roll back parts of Trump’s multi-pronged campaign to restrict both legal and illegal immigration.

Under skeptical questioning from Hawley and other committee Republicans critical of Biden’s immigration plans, Mayorkas maintained support for key aspects of the president-elect’s immigration agenda, while affirming that he would implement them within the bounds of the law.

“President-elect Biden has committed to presenting Congress on Day One with a permanent solution, an immigration reform bill, and I would be privileged to … work with Congress in passing legislation to fix our much-broken immigration system,” Mayorkas said.

One initial action will probably be to reinstate the Deferred Action for Childhood Arrivals program, or DACA, which shields immigrants brought to America as children from deportation. Trump tried to end the policy, which Biden promises to fully restore. Mayorkas helped implement DACA when he served as the director of U.S. Citizenship and Immigration Services during the Obama administration.

Mayorkas also reiterated Biden’s plans to cease further funding for Trump’s border wall and to create a path to citizenship for immigrants already in America, and emphasized the importance of addressing “push factors” — violence, corruption, extreme poverty, persecution — that compel immigrants to leave their homelands in the first place.

“We must address the root causes to solve the problem,” Mayorkas said. “That is what President-elect Biden’s vision does, and I hope I have the privilege to execute it.”

If Mayorkas is confirmed as department leader, his wide purview would extend well beyond immigration and border security.

To that point, Mayorkas cited the department’s “significant capabilities” to execute Biden’s coronavirus response through the Federal Emergency Management Agency; to play a “leadership role” in collecting and disseminating information about foreign and domestic terrorism through the Office of Intelligence and Analysis; and to strengthen American cybersecurity through the Cybersecurity and Infrastructure Security Agency.

“The threat is real, and the threat is everyday, and we have to do a much better job than we are doing now,” he said of cybersecurity concerns.

The hearing contained few rhetorical fireworks, although several Republicans raised concerns about allegations that Mayorkas “exerted improper influence” over an employment visa program while working as director of USCIS, the Homeland Security agency in charge of legal immigration, a charge that Mayorkas disputes.

In addition to smoothing the pathway to citizenship for immigrants who are in the country illegally, Biden has called for a shift in focus from Trump’s border wall to security enhancement at ports of entry, and more oversight of Immigration and Customs Enforcement and the Border Patrol. Biden’s incoming Chief of Staff Ron Klain has said the president-elect will move to end Trump’s restrictions on immigration from several Muslim-majority countries on Inauguration Day, and will quickly move to accelerate the reunification of families separated at the southern border under Trump.