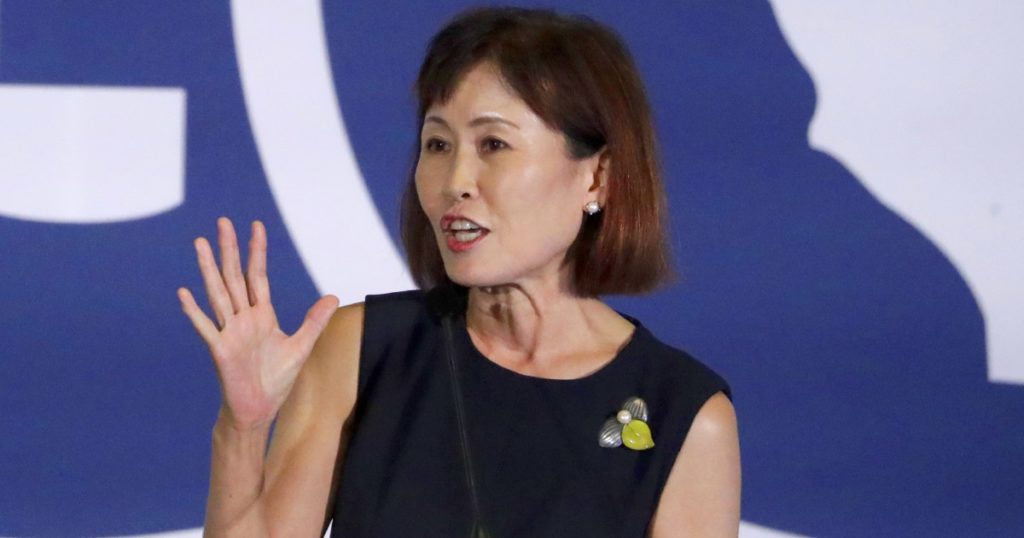 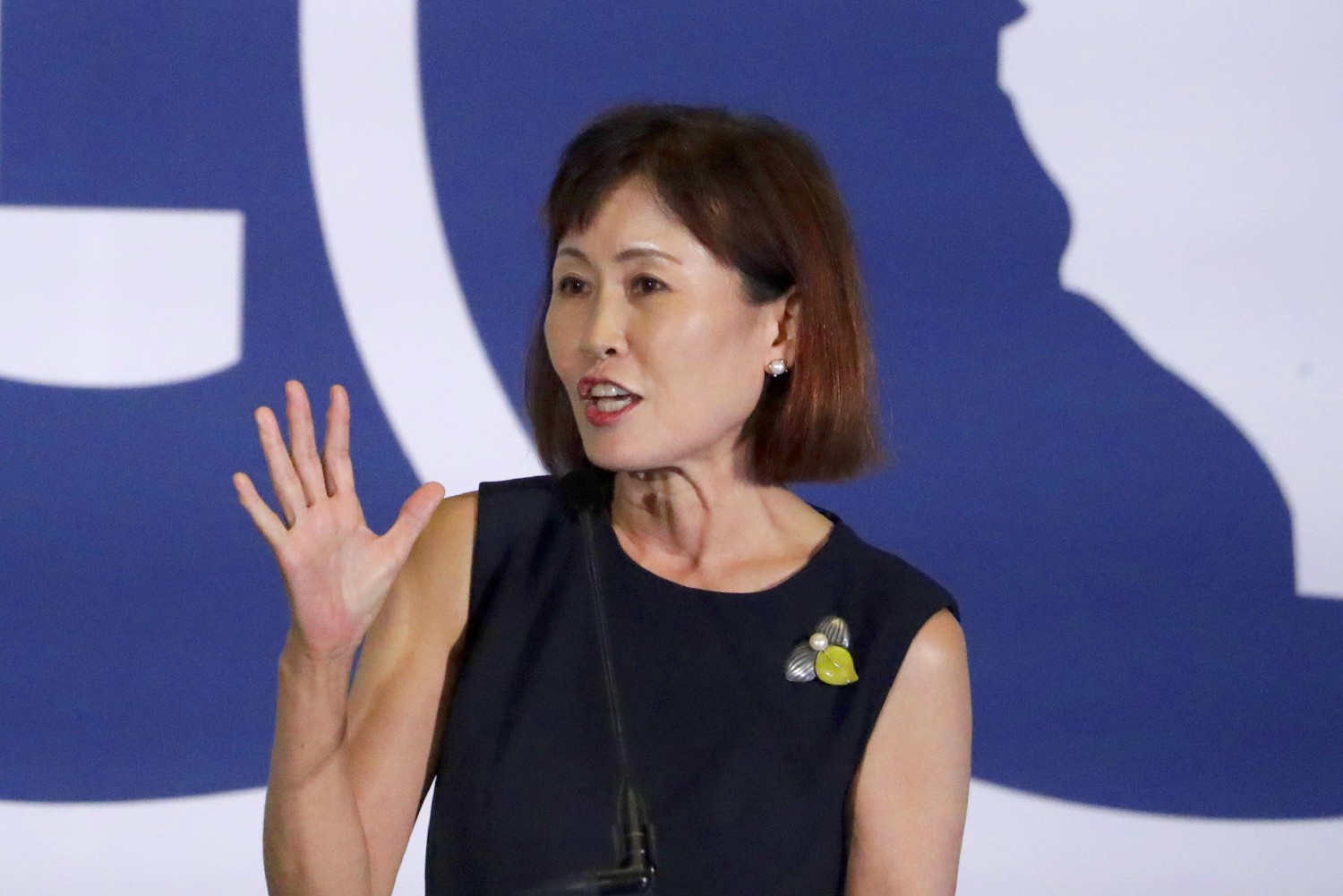 Orange County Rep. Michelle Steel’s staff says she was joking when she apologized to Republican supporters recently for working with Democratic Rep. Katie Porter on a resolution condemning hate-filled attacks against Asian Americans and Pacific Islanders. The incident highlights the fine line lawmakers like Steel must walk to get legislation considered, especially in a swing district, while still not appearing too close to Democrats.

The comments came during a 12-minute speech Steel gave at the April 25 meeting of the Costa Mesa Republican Assembly. Video of the event was posted to both Youtube and Twitter, where her words drew criticism from local Democratic activists.

Steel favorably mentions other bills she has co-sponsored with Democrats. But Porter, the high-profile Democrat whose adjoining district includes Irvine and Tustin — and who is known for her pointed criticism of Trump administration officials — is the only one she apologizes for working with.

“I know, I don’t want to work with her. But I need her to pass this, that’s the reason. Sorry about that,” Steel said at the April 25 event. She chuckled as the crowd laughed.

Steel’s office said it was meant as a joke.

“This is ridiculous, the whole point of bipartisanship is working with individuals who you may disagree with to achieve common goals. Rep. Steel’s record speaks for itself, and she’s focused on delivering for her constituents, not on partisan nonsense,” Steel spokeswoman Danielle Stewart said.

It’s common for members of the party that doesn’t control the House, at the moment Republicans, to team up with a more powerful representative from the party in control to get their legislation considered. And Steel has made a point of signing onto bills with Democrats in her first five months in office.

Typically, the party in power doesn’t let bills destined to get a lot of attention pass with the name of a member of the party in the minority as the lead sponsor because they don’t want the opposition to get the credit. That is especially true for a freshman member like Steel,who is considered vulnerable in the next election.

But far less common even in this partisan moment is for a representative to ridicule, even in jest, a member from the opposite party who helped them out, especially a powerful Democrat and geographically close neighbor like Porter, whom Steel might need to turn to again if she wants to pass bills or get reelected.

“Unlike Michelle Steel, I will not apologize for working across the aisle for Orange County families. Standing up to hate crimes is not a joke to me. Her partisan games are destructive and erode people’s trust in Congress — which I work hard to earn every day by fighting for Orange County communities,” Porter said in a statement.

The resolution Steel and Porter sponsored together was referred to the Judiciary Committee in April and has not moved since. The largely symbolic measure condemns racism against Asian Americans and Pacific Islanders and calls on federal and state officials to investigate claims and prosecute perpetrators, but would be seen as a sign of congressional action in their districts which have growing Asian American communities.

Both resolutions were filed in response to the wave of attacks against Asian Americans in recent months, including in California.

That resolution, which Steel is not a sponsor of, has already passed the Senate and after the House vote heads to President Biden’s desk.

That the two Orange County congresswomen paired up on the resolution was a bit of a surprise. Democrats see Steel as a top target in 2022, Republicans see Porter the same way.

Steel’s 48th District stretches along the coast from Huntington Beach to Laguna Beach. It’s population is 17.8% Asian American. Long represented by Republican Dana Rohrabacher, the district shocked many political observers when it sent a Democrat to Congress in 2018.

Steel won the seat by defeating Democrat Harley Rouda in 2020 with 51.06% of the vote. But the district narrowly supported Joe Biden for president, and Republican’s voter registration has dropped in recent years as voters shift registration to Democratic or no party preference.

Porter’s inland Orange County 45th District includes Irvine and part of Mission Viejo and is 22.4% Asian. Democrats have a slight voter registration advantage there, and Biden won the district with 54.62% of the vote. Porter secured a second term in 2020 with 53.46% of the vote.