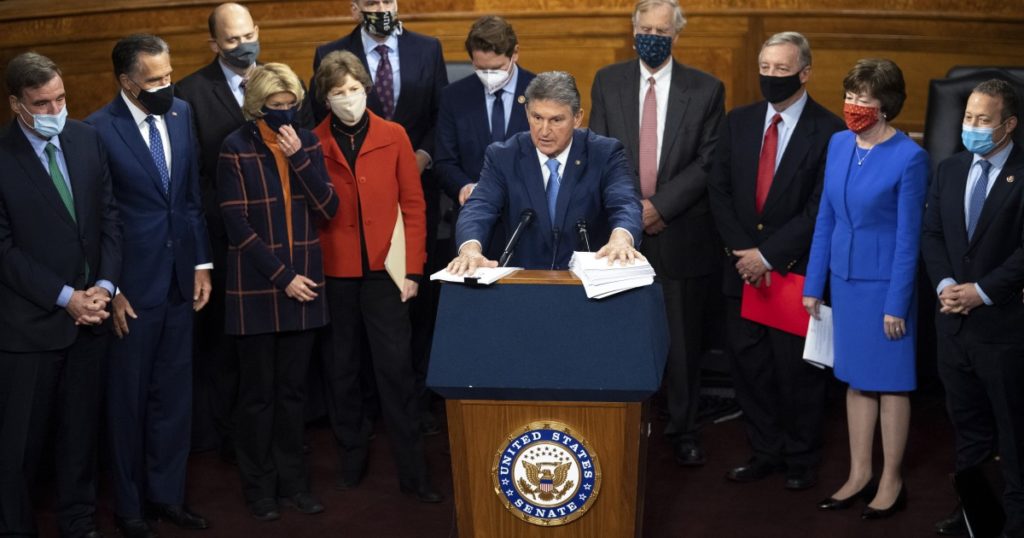 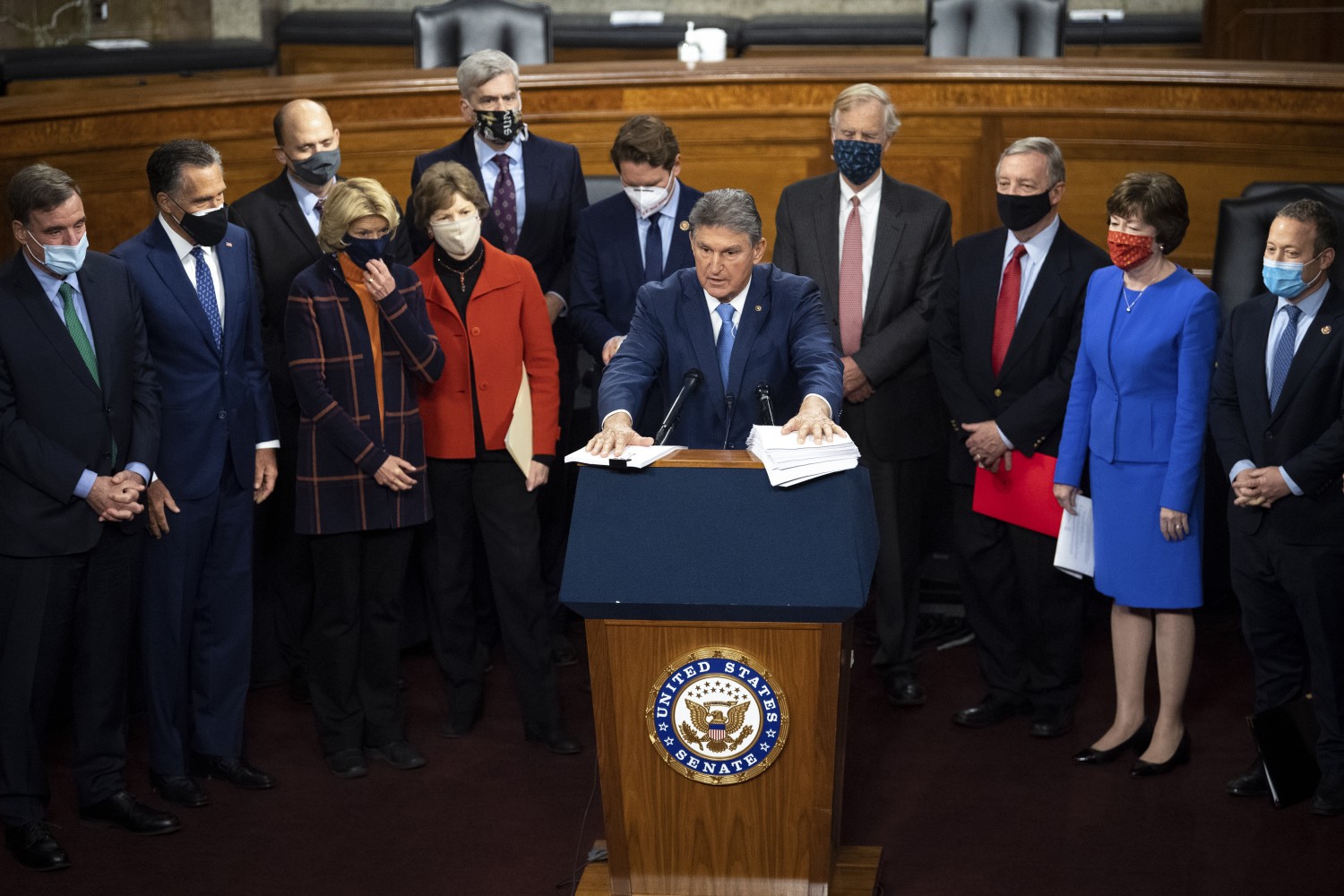 There was plenty not to like in the pandemic relief bill Congress passed this week. It was too small, even at $900 billion. It cuts off supplemental unemployment payments after only 11 weeks. It includes a grab bag of unnecessary items, including a restored tax break for business meals popularly known as the “three-martini lunch,” a favorite of President Trump.

But the bill had one important virtue: It was a genuine compromise, a species rarely seen in Washington. Even more intriguing, it was based partly on the work of a bipartisan cabal of centrist senators who bolted from their parties’ dug-in positions and took matters into their own hands to get something done.

Those maverick senators could be useful allies for President-elect Joe Biden as he tries to revive the lost art of bipartisan legislation.

“This is a model for the challenging work ahead for our nation,” Biden said Monday, praising the senators’ work. “In November, the American people spoke clearly that now is a time for action and compromise. I am heartened to see members of Congress heed that message, reach across the aisle, and work together.”

In a moment of optimism during his presidential campaign, Biden predicted that Republicans would experience “an epiphany” after Trump departed and return to the comity he remembered from his early days in the Senate.

But few signs of incipient epiphany have appeared. For weeks, many Republicans have refused to acknowledge that Biden won.

Meanwhile, as the deadline for COVID-19 benefits neared, Senate Republican Leader Mitch McConnell refused to budge from his barebones offer of $550 billion in new aid, a number lower than even Trump wanted.

“I called Susan to congratulate her, and it turned into a conversation about the COVID bill,” Manchin told me. “We agreed that this was an emergency, that we had to do something, because they” — meaning the two parties’ leaders — “weren’t doing anything.”

A few nights later, a hastily recruited group met for an Italian takeout dinner at the Capitol Hill home of Sen. Lisa Murkowski (R-Alaska). (“Indoors but well-spaced,” one senator said. “And the windows were open.”)

They agreed to draft a COVID relief bill of their own, sticking to elements senators on both sides could agree to. To make the job easier, they adopted a suggestion from Durbin to make it a short-term emergency package, which would help keep the price down. More senators including Bill Cassidy (R-La.), Angus King (I-Maine) and Jeanne Shaheen (D-N.H.), soon joined.

On Dec. 1, the new bipartisan group unveiled a $908 billion bill with nine sponsors: four Republicans, four Democrats, one independent. Biden quickly blessed it. And suddenly, after months of paralysis, the party leaders — especially McConnell, the most obdurate — were on the defensive, trying to explain why they hadn’t struck a deal.

The most important thing wasn’t in the details of the bill. The important thing was demonstrating that a bipartisan deal was possible — and that to make one, a significant number of senators were ready to act independently of their party leaders.

In the end, McConnell, Senate Democratic Leader Charles E. Schumer (D-N.Y.), and House Speaker Nancy Pelosi (D-San Francisco) worked out the details. But the $900 billion deal they produced was close enough to the bipartisan proposal that Manchin brought West Virginia moonshine to the group’s last meeting.

“We’re going to inject ourselves anywhere we think is useful,” he said. “I would hope it’s infrastructure, because infrastructure can pull our country together,” he added.

They will have an opportunity to work again on pandemic relief, too. The $900 billion deal runs out in the spring.

If Democrats don’t win both of the two Senate elections in Georgia on Jan. 5, McConnell will remain majority leader. Biden’s chances of hiking taxes on the wealthy, expanding Obamacare and passing broad immigration reform will shrink from slim to none.

And even if Democrats win both Georgia races, that will produce a 50-50 Senate — a situation in which any one senator can tip the balance.

Skeptics will continue to say Biden’s sunny talk of bipartisanship sounds naïve — and most of the time, they’ll be right.

But in the struggle over pandemic relief, Collins, Romney, Murkowski and their colleagues showed that at least some Republicans are willing to give bipartisanship a try.

If politics is the art of the possible, they succeeded in expanding, even if only slightly, the definition of what’s possible.