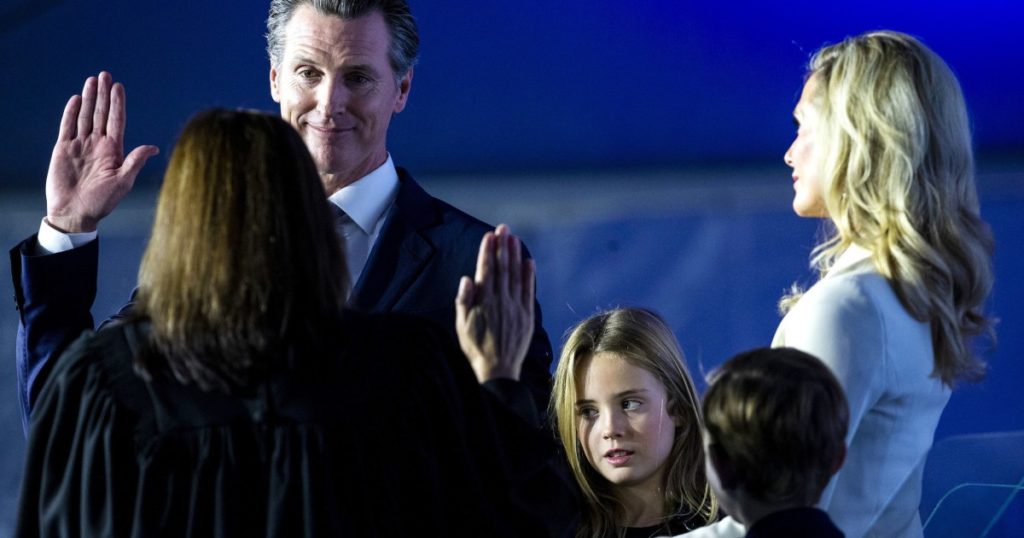 Gov. Gavin Newsom and his family will spend Thanksgiving in quarantine after his children were exposed in two separate incidents to someone who tested positive for COVID-19, cases that the governor said Monday prompted an informal lockdown of his Fair Oaks estate over the weekend.

During a midday news conference from his home office, Newsom said everyone in his family, including the children’s au pair, has tested negative for the virus.

“When we discovered, rather we were told, of the positive case and the fact that the CHP officer was in close contact with those three kids, we immediately went through the process and protocols and reviews that are well established by the state, and also went to greater lengths to get more specificity about local guidelines as well,” Newsom said.

The governor has worked from home since learning late Friday that three of his children were exposed to an infected member of the California Highway Patrol, which provides a security detail for Newsom, his wife Jennifer Siebel Newsom and four children ages 4 to 11. One of his children had already been placed in quarantine at home after coming into contact with a private-school classmate with the virus, his office said.

The Newsom family quarantine comes amid a surge in COVID-19 cases across California, with officials reporting record-breaking numbers. The news of the exposure continued to raise questions about the governor’s personal life during the COVID-19 pandemic following recent criticism over his decision to attend a Napa Valley birthday dinner at an upscale restaurant earlier this month with several high-profile Capitol lobbyists.

The governor’s office said Friday night that one of Newsom’s children was exposed to a classmate with the virus at the children’s Sacramento private school, which resumed in-person instruction this month. Newsom’s team did not immediately disclose the exposure from the CHP officer and instead waited to announce the family-wide quarantine until after test results came back negative Sunday evening.

The California Highway Patrol declined to provide the number of officers in the first family’s detail who have tested positive for the virus since the pandemic began, citing “privacy concerns and legal requirements.” The agency also declined to say how many officers assigned to the Capitol have become infected.

Newsom didn’t directly answer a question Monday about whether he had any second thoughts about his children attending school in-person. He said the school decided that his child who was exposed to the other student with the virus would need to quarantine.

The governor also said that “no one else is in the household,” other than his family and an au pair who has been working and “living with us for many many months” and is “part of the pod.”