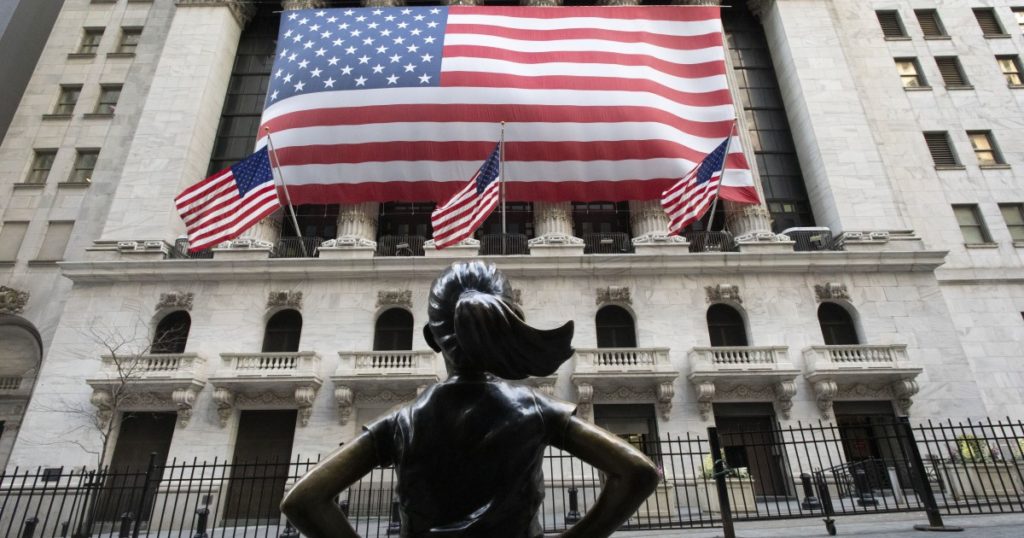 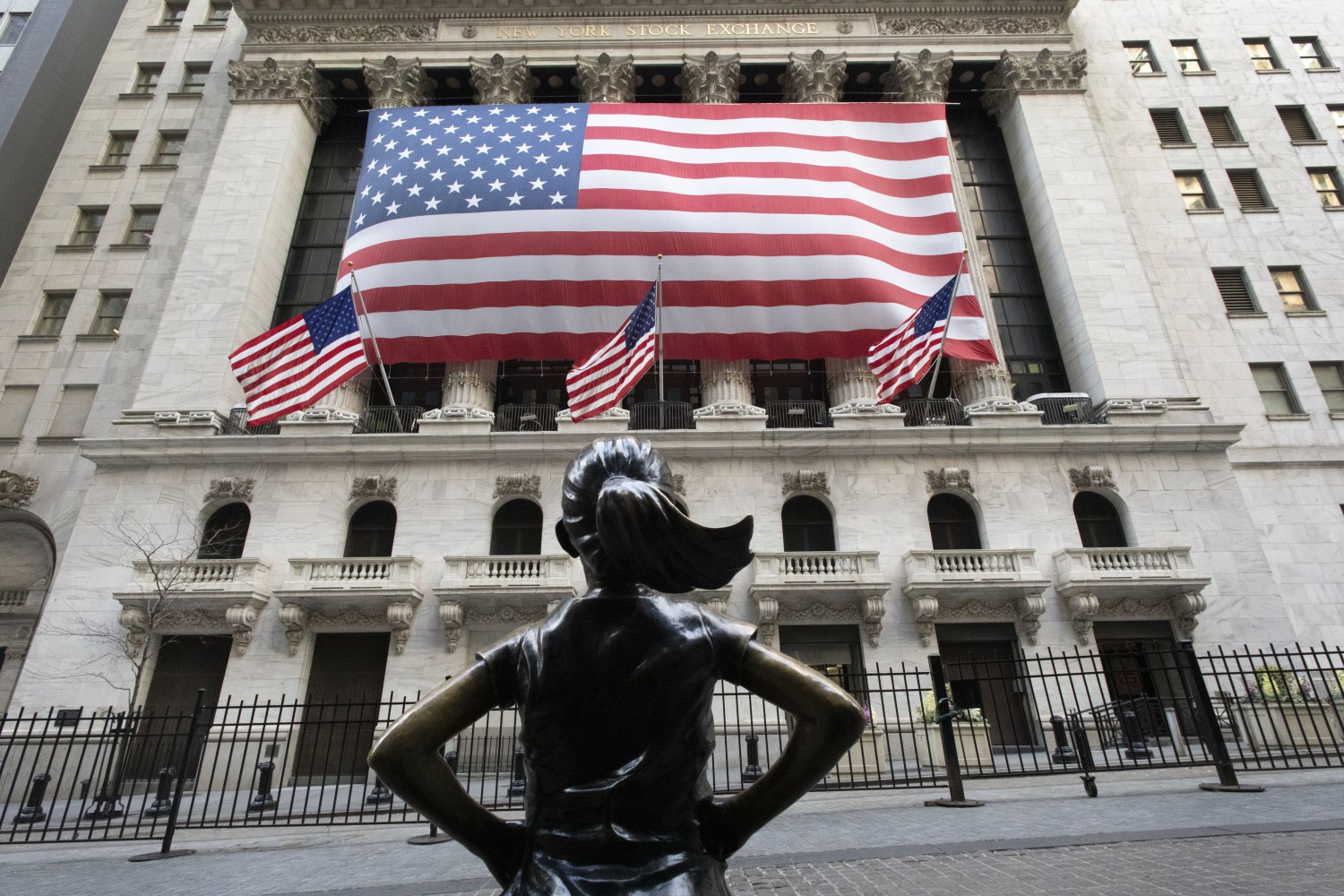 Business leaders were among the first to condemn the Jan. 6 attack on the U.S. Capitol and former President Trump’s role in egging on his extremist followers.

It was an unusually swift and decisive response from a corporate world that is typically loath to get in the middle of politics, and had sometimes waffled in pushing back against Trump’s behavior in the past.

Now some analysts see the prominent role that major corporations and their chief executives took in reacting to Trump and the Capitol riot as a indicator that businesses may be preparing to be more deliberate in their political spending and more active in helping curb the kind of political polarization and misinformation that led to the attack.

“We’ve got to find a way to participate in the right way,” said Doug McMillon, chief executive of Walmart and chairman of the Business Roundtable, a group of major corporate CEOs.

In a recent briefing with reporters, McMillon spoke about how business leaders were reviewing political and charitable contributions, and their role in thwarting misinformation, which many see as a root cause of public anger and division.

Economic historians see parallels with the raw violence against Martin Luther King Jr. and other civil rights protesters during the 1960s. Television images of police unleashing guard dogs and savagely beating nonviolent protesters flooded into millions of American homes, triggering a surge of public indignation — including among the nation’s top business leaders — that is credited with helping pass landmark civil rights laws.

Almost immediately after the rampage on the Capitol, the National Assn. of Manufacturers called for Trump’s removal, an extraordinary position from an industry Trump overtly courted. The Business Roundtable said that Trump’s behavior deserved “the strongest possible condemnation.”

Such moves have limited direct influence since corporations don’t sway large numbers of voters or dominate American politics the way they once did. Rather, their self-interest dictates that they pay close attention to public opinion, making them a critical barometer in sensing which way the wind is blowing — and for now that is running against hardline Trump supporters.

Leading companies such as AT&T, American Express and Marriott said they would halt donations to lawmakers who voted against the certification of electoral college votes earlier this month.

Others such as JPMorgan Chase, American Airlines and Coca-Cola Co. put in place a temporary suspension of political contributions.

Some corporations are prepared to reconsider investments in states with legislators who persist in behavior that could help fuel political violence.

“They’re going to be a lot more circumspect as to how they align themselves with divisive, conspiratorial anti-American sentiment,” said Jeffrey Sonnenfeld, a Yale University management professor who has surveyed top company executives.

Corporations and business groups, while typically giving to politicians of both parties, have generally favored the GOP for its advocacy of low taxes and minimum government regulations. Trump received far more support from S&P 500 companies than Biden.

And both Wall Street and corporate America were pleased with Trump’s massive tax cuts that were tilted heavily in their favor, and with the widespread rollback of environmental, financial and other regulations.

At the same time, mainstream business leaders had a rocky relationship with Trump. On top of his chaotic and disruptive style, the president often made outlandish and offensive remarks on race, support for dictators and other subjects.

At times that prompted company executives to rebuke him and even resign from a prestigious White House advisory board, as some did after Trump waffled in condemning the white nationalist violence in Charlottesville, Va., in 2017.

In the wake of the Capitol rioting, corporate America has been roundly criticized for having had a Faustian deal with Trump over the last four years.

“To what extent were they aware of what their donations were funding? Or the agendas of the political leaders and organizations they were funding?” asked Eric Hilt, an economic historian at Wellesley University.

Corporate executives prefer stable, orderly government. The predictability makes it easier and safer for companies to plan for the future.

That impulse could help Biden, a moderate committed to returning to traditional political norms.

Corporate leaders will still likely fight hard against parts of Biden’s agenda, including higher taxes for corporations and wealthy Americans, and raising the minimum wage to $15 an hour.

Other parts, such as immigration, trade and greater cooperation with traditional allies, are more in line with corporate interests.

“They like Joe Biden,” said Yale’s Sonnenfeld. “That’s Biden’s strong suit. Unlike a lot of political leaders, he forges a great personal bond. He knows [business leaders] by name. There’s a great platform to build on.”

At the same time, Pippa Norris, a political scientist at Harvard, said business leaders will be eager to avoid alienating Trump’s supporters.

“They’re going to be cautious about the actions they take,” she said. “They also know that 74 million voted for Trump. … After all, the public is buying goods and services, they’re not buying civic education.”

Watchdog groups said they will be monitoring business leaders’ actions in the coming years.

“These recent moves by corporate America to distance themselves from President Trump are a good thing, but also a predictable PR move,” said Paul S. Ryan, vice president of policy and litigation at Common Cause, a watchdog group focusing on money in politics.

“Their commitment to this will really be shown in coming months and years,” he said, “whether or not they return to funding not only Donald Trump, but also those who enabled Donald Trump to do what he’s done.”