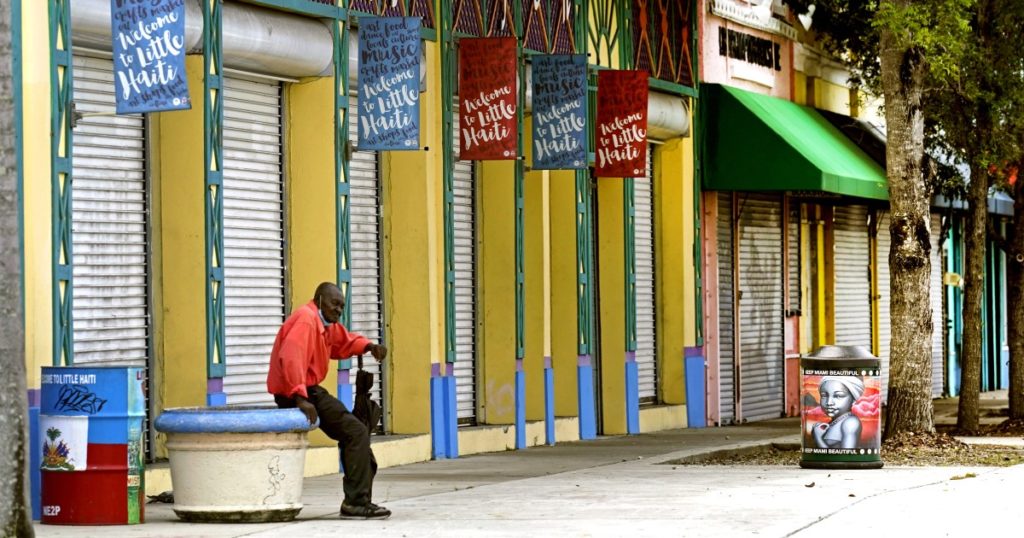 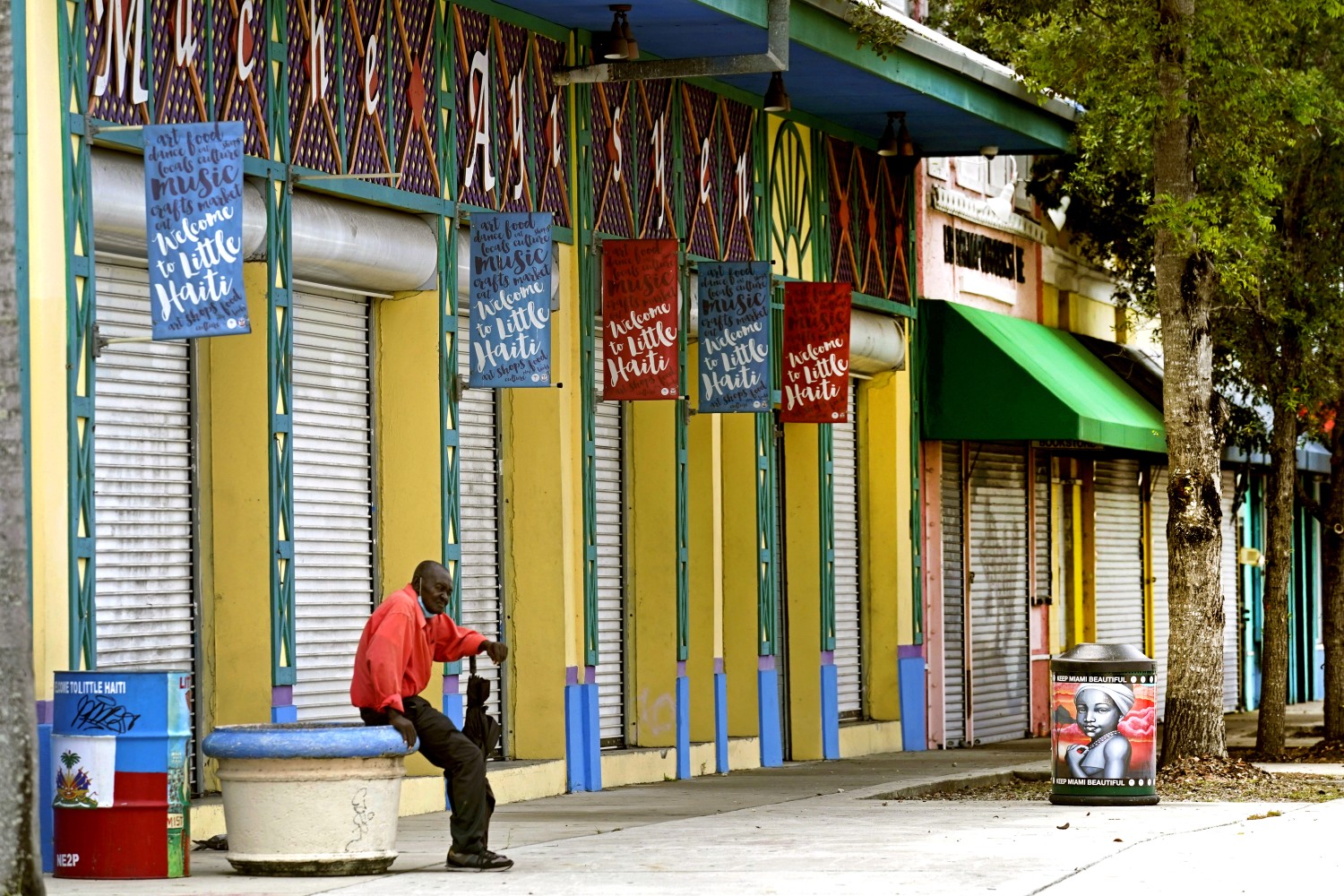 First, the question ricocheting through the barbershops, bakeries and botanicas of Little Haiti was, “Who killed the president?”

But as Haiti plunged into deeper turmoil after the July 7 assassination of President Jovenel Moise — with Haitian officials providing a long list of suspects from Florida, Colombia and Venezuela; announcing a new government; and preparing for the funeral Friday of the slain leader — Haitian Americans here asked a yet more confounding question: “Who can we trust to fix the mess?”

“You have certain groups say: ‘We need U.S. troops. We need U.S. money. We need U.S. intervention.’ And then you have some people who are saying, ‘No, no, no, no, no! The last time they came here, X, Y and Z happened,’” said Kassandra Timothe, 31, a first-generation Haitian American and newly elected North Miami councilwoman. “So there is this question of what does that help look like?”

In Little Haiti, the neighborhood four miles north of downtown Miami where waves of Haitians began to settle in the 1970s, the mood recently was downbeat — even as the joyful, swaying rhythms of Haitian kompa music blasted out from record stores and shops peddling herbal remedies.

“Everyone is so sad for Haiti,” said Laider Andre, 57, the owner of the 3×3 Santa Barbara Botanica, as a trickle of customers strolled into his striped lime and mint-colored corner store to pick up fresh basil, tea leaves, candles and bottles of Agua Bendita to chase away evil.

Andre, a Haitian voodoo priest, shook his head as he considered how Haitians in South Florida could help bring peace and stability to those on the island who face escalating gang violence that has driven up food prices, shuttered schools and overwhelmed police.

“There’s nothing we can do,” he said.

It was a mantra repeated up and down Little Haiti’s brightly colored but forlorn business district, where many of the stores are closed.

As South Florida has become home to the largest Haitian population in the United States — with more than 300,000 living up and down the sprawling coastline of Miami, Fort Lauderdale and West Palm Beach — the historic enclave of Little Haiti is no longer the dynamic hub of the Haitian diaspora.

Many local businesses have been forced to close as landlords raise rents and the area has become a magnet for real estate speculators betting that coastal Miami residents will move to higher ground because of rising seas.

Even Haitians and Haitian Americans who took small, practical steps of intervention — walking up to the Caribbean Air Mail money transfer store on 2nd Avenue with crisp dollar bills to send to cousins, aunts, grandparents on the island — expressed hopelessness.

“Everybody’s in shock, but there’s nothing we can do,” Marie Laphoret, a 49-year-old nursing assistant, said as she sent money to her cousin and aunt. In recent months, as the situation on the island had become more dire, she had also shipped rice, vegetable oil and beans to her family.

Across the Miami area, Haitians said the assassination had intensified worry for relatives back home.

“If this president was assassinated with all the security he had, what’s to protect the Average Joe?” said Gepsie Metellus, 61, executive director of Sant La Haitian Neighborhood Center, a social services organization in North Miami.

Still, Haitians — many deeply religious — are hoping prayers will help.

At Notre Dame d’Haiti Catholic Church in Little Haiti, Rollande Louis, a 54-year-old technical nurse, prayed in a sanctuary of towering stained glass “for grace to let God open his eyes on Haiti.”

“We have to pray more for Haiti,” she said as she left morning Mass. “I don’t know what’s wrong with this country, because the Haitians, they pray so much.”

Even though many feel powerless, some activists and elected officials note that Haitian Americans are in the strongest position they have ever been to effect change on the island.

Over the last few decades, the Haitian diaspora has built up political power across South Florida, with Haitian American politicians winning a raft of mayoral, city council and county commission seats across greater Miami, as well as representation in the Legislature. This year, for the first time, Haitian Americans formed a majority of North Miami’s City Council and North Miami Beach’s City Commission.

Some in South Florida say the Haitian diaspora needs to follow the lead of Cuban exiles, who for decades have led raucous protests and urged the U.S. to step in and free Cubans from the Communist government.

“We Haitians can’t resolve this nation,” said Farnel Louis, 43, a FedEx driver who was born in Haiti and moved to the U.S. in his late teens. “The U.N. or U.S. government, they need to send in the troops. We need help to manage the country. We’re in an emergency state.”

Haiti’s acting Prime Minister Claude Joseph — who announced on Monday he would step aside and cede the office to designated-Prime Minister Ariel Henry — has asked the United States and the United Nations to send troops to the beleaguered Caribbean nation to restore order and protect key infrastructure. It’s a request that makes many Haitians uneasy.

Calls for U.S. intervention have long been contentious for Haiti, which became the world’s first Black-led republic and the second-oldest republic in the Western Hemisphere in the early 19th century when Africans enslaved in the French Caribbean colony of Saint-Domingue revolted and threw off French colonial control.

Many point to the last time a Haitian president was assassinated. In 1915, President Woodrow Wilson sent the U.S. Marines to seize the capital and ward off a German invasion of Haiti after the assassination of Haitian President Jean Vilbrun Guillaume Sam. The U.S. occupation lasted 19 years.

In 1994, when democratically elected President Jean-Bertrand Aristide was overthrown in a military coup, President Clinton sent in more than 20,000 troops to restore him to power. A decade later, after another armed uprising against Aristide, the U.S. pressured him to resign and deployed 1,800 troops as part of a U.N. force.

“The worst, the absolute worst scenario is for there to be U.S. military intervention, which we’ve lived through already,” said Krystina Francois, a Haitian American who is executive director of the Office of New Americans at Miami-Dade County. “We do not want boots on the ground in Haiti.”

Biden said last week that sending the U.S. military to stabilize the country was “not on the agenda.” But U.S. involvement is not limited to troops. The Biden administration has sent a delegation of U.S. officials to Haiti to help secure infrastructure and investigate the assassination.

The U.S. and the United Nations are also pushing for Haiti to go ahead with legislative and presidential elections planned for September and November — a move that many Haitians, as well as a former U.S. ambassador, say would be a mistake because of the complete breakdown of institutions, infrastructure and trust on the island.

“How are you going to hold an election in this climate where people are afraid with all these gangs out?” said Metellus.

Still, some who maintain strong connections with Haiti said they welcomed elections.

Dorothy Content, 30, a Haitian entrepreneur who moved to Miami when she was 17 and just this year started a business selling fair-trade Haitian coffee and guava jelly in the U.S., said she was just as wary of Haiti’s current leaders as the U.S.

According to the island’s constitution, the Supreme Court president should take power, but he died of COVID-19 on June 23. The nation’s parliament is no longer in operation after Moise dissolved it in January 2020. Joseph, the acting prime minister, assumed power with the backing of the military. But he was appointed by Moise on an interim basis and was supposed to have been replaced by Henry, a former interior minister on July 7, the day that Moise was assassinated. Now Joseph appears to have seen the light and is stepping down to have Henry assume power.

“The leaders we have now are not elected by the people. We do not trust them,” Content said at a Hope 4 Haiti Solidarity Memorial in North Miami. “I don’t think they should be leading anything. It’s chaos.”

Even exiles who criticized U.S. intervention in Haiti took pains to note that they, too, were outsiders who did not fully grasp the situation on the island.

Metellus, who left Haiti when she was 12 as her family fled the dictatorship of Francois Duvalier, said she recognized that her ideas were colored by her experience of having lived in the U.S. for nearly half a century.

“I’m not on the ground,” she said. “I don’t understand the intricacies and nuances, the lay of the land, the psyche.”

But if there was one thing she had learned from Haiti’s history, she said, it was that solutions imposed from the outside would only fail.

“The fundamental point is we can decide for ourselves,” she said. “You can help us, but we must be in the driver’s seat.”