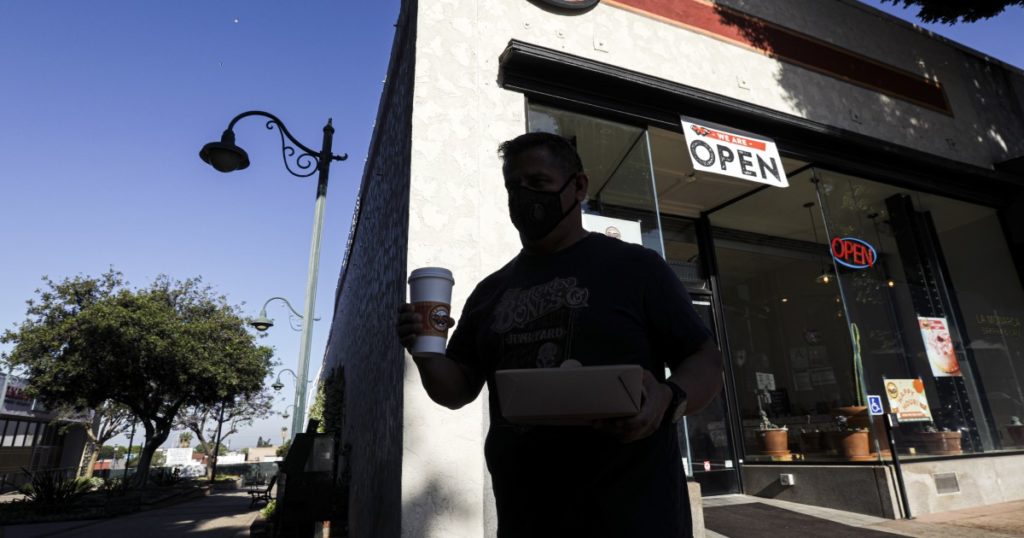 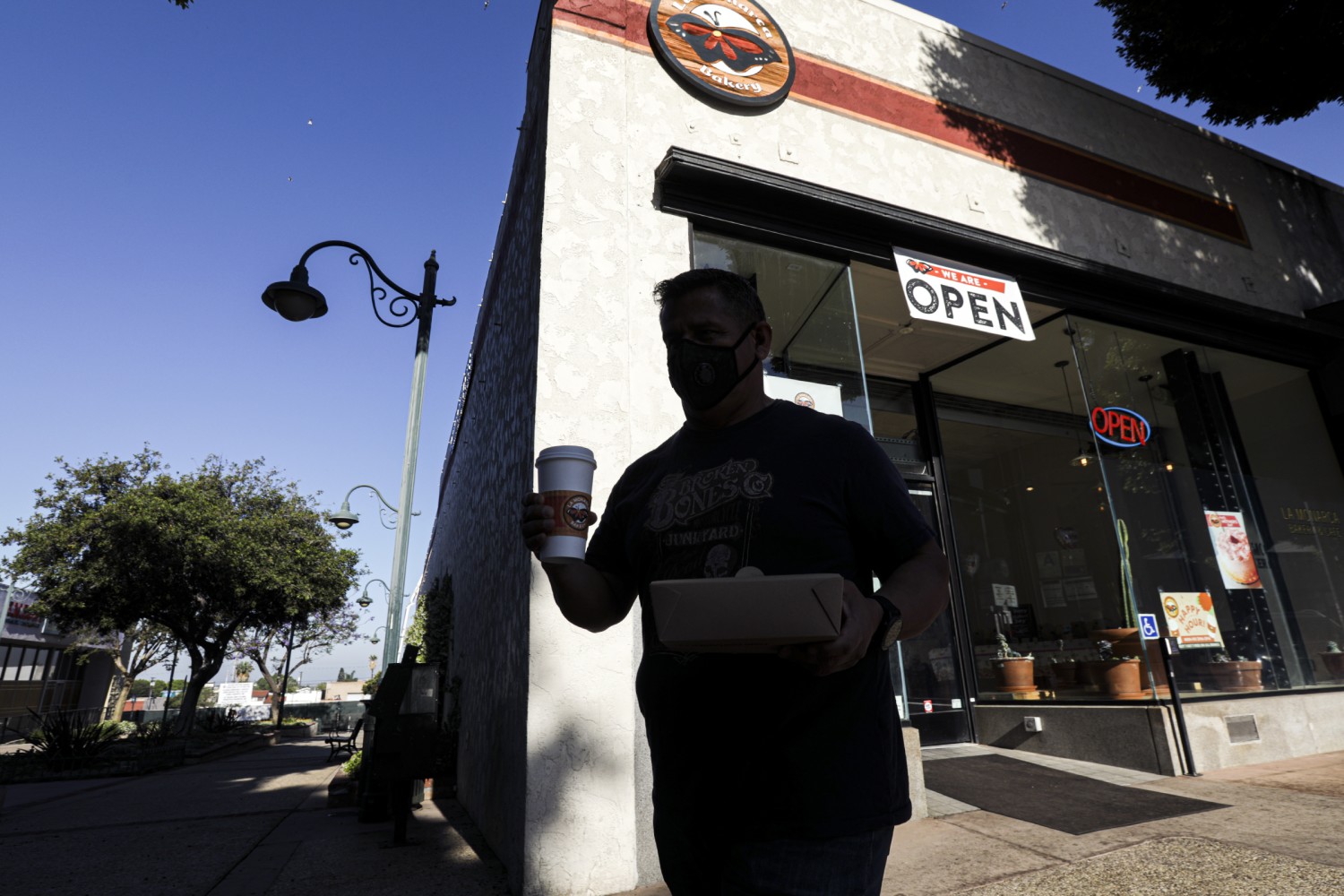 California’s strict public health measures during the pandemic protected its economy, setting the stage for an even faster recovery in the state than nationwide, UCLA economists reported.

The Golden State’s strong technology and white-collar business sectors, along with a relatively rapid boost in home building, will buoy its economy, offsetting a slower return of tourist-dependent leisure and hospitality jobs, according to the UCLA Anderson quarterly forecast.

In the nation and in California, “we are about to have one of the best years of economic growth that we’ve had since World War II,” said Leo Feler, the UCLA Anderson Forecast’s senior economist. “We’re looking at a boom time for the U.S. economy.”

It is a “euphoric” recovery compared with that of the Great Recession of 2007-08, Feler said, thanks to generous pandemic stimulus and spending programs enacted by Congress.

“We never fully bounced back after a tepid response to the great financial crisis,” he said. “That led to negative economic, political, and social effects. So we learned a lesson. This time, we pumped a lot more money into the economy.”

Three-quarters of the Golden State’s job losses during the pandemic were in sectors with “a high degree of human contact,” such as leisure and hospitality, education, retail trade and other services such as hairdressers and auto repair, according to forecast director Jerry Nickelsburg.

But given California’s current low coronavirus infection rate, and the easing of business restrictions as the state aims to fully reopen by June 15, Nickelsburg said he expects many of those lost jobs to return.

Still, the state’s unemployment rate is expected to remain higher than the nation’s “because California is a more entrepreneurial state with a younger population,” he said. “People earlier in their career tend to have more unemployment.”

By the end of this year, the state’s unemployment rate will average 5.9%, compared with 4.5% for the U.S., according to calculations by Nickelsburg and economist Leila Bengali.

California will add new jobs faster than the U.S., sharply narrowing the gap going forward, they predict. By the end of 2023, joblessness in California could be 4%, compared with 3.7% for the U.S.

“Consumers flush with…an appetite to spend like a sailor on furlough will drive the recovery.”

Despite conflicting political narratives over the impact of business closures, mask mandates and social distancing rules, states with stringent interventions such as California generally have had a more robust economic recovery than states with looser rules, according to Nickelsburg’s analysis.

California had less of a contraction last year than Texas, Florida and Indiana, states with fewer restrictions, data show. Overall, economic output shrank 3.5% on average for the U.S., compared with 2.8% for California.

UCLA’s forecast is somewhat more bullish than the economic projections underpinning the Biden administration’s budget proposal to Congress last week. The White House predicted inflation-adjusted GDP growth of 5.2% in 2021; 3.2% in 2022; and 2.0% in 2023.

UCLA’s outlook is in line with those of other prominent economists. The median forecast of 71 economists surveyed by Bloomberg last month projected 6.6% GDP growth this year, 4.1% next year and 2.4% in 2023.

“The U.S. and California pandemic recovery is expected to be as exceptional as the pandemic recession was dire,” said Scott Anderson, chief economist at Bank of the West in San Francisco.

“Consumers flush with swelling bank accounts, record personal savings and household wealth, and an appetite to spend like a sailor on furlough will drive the recovery,” he added.

Despite their optimism, the UCLA economists warn of uncertainties including, in the Golden State, the possibility that more Californians will leave for regions with lower housing costs. National immigration policy and remote work could also affect the recovery.

Some bars, eateries and retailers may take “a wait and see approach” before staffing up, he said, fearing that many of the usual officegoers, now working remotely, will fail to return. Movie theaters and other entertainment venues, along with nearby restaurants, may hesitate to begin hiring until demand resumes.

If the work-from-home trend is threatening some restaurants and retailers, it may nonetheless benefit California’s overall economy. Business, scientific and technical services will lead the state’s recovery “due to the demand for new technologies for the new way we are working and socializing,” the forecast predicts.

U.S. productivity is likely to jump too, it reports, because the pandemic taught employees to work more effectively in remote settings. Productivity is also boosted by labor-saving technologies such as the mobile apps used for ordering food for pickup, the report said.

This year, information jobs and business and professional services jobs — both of which include technology workers — will grow by 4.3% and 4.8%, respectively, in California, far exceeding the overall payroll increase of 2.6%, the forecast predicts.

A rise in residential construction, spurred by the state’s housing shortage and low interest rates, will also boost California’s recovery, the economists project. The forecast suggests 122,000 new units will be built in the state this year, 131,000 next year and 138,000 in 2023.

But that level won’t come close to solving the state’s dearth of affordable housing, the economists wrote.

As the economy revs up, “2021 will be a year of weird economic data and surprises,” Feler predicted.

“It’s almost never the case that economic recoveries proceed smoothly. More often … out of a recession, there are surprising jobs reports, surprising inflation reports, and surprising indicators for specific sectors.”

The pandemic is likely to produce an even more “rocky” recovery than previous recessions, he said, given how abruptly and drastically it devastated the economy.

The unexpectedly small U.S. payroll growth in April, just 266,000 jobs, probably was influenced by mothers remaining out of the workforce until schools consistently open and child care becomes more available, and by other workers still fearful of the virus, he said.

An unusual inflationary spike last month, with a 3.6% rise in personal consumption spending, probably is due to supply chain disruptions in goods such as lumber or semiconductors, and a pent-up demand for rental cars with travel resuming. Those issues should be resolved over the next few months, Feler said.