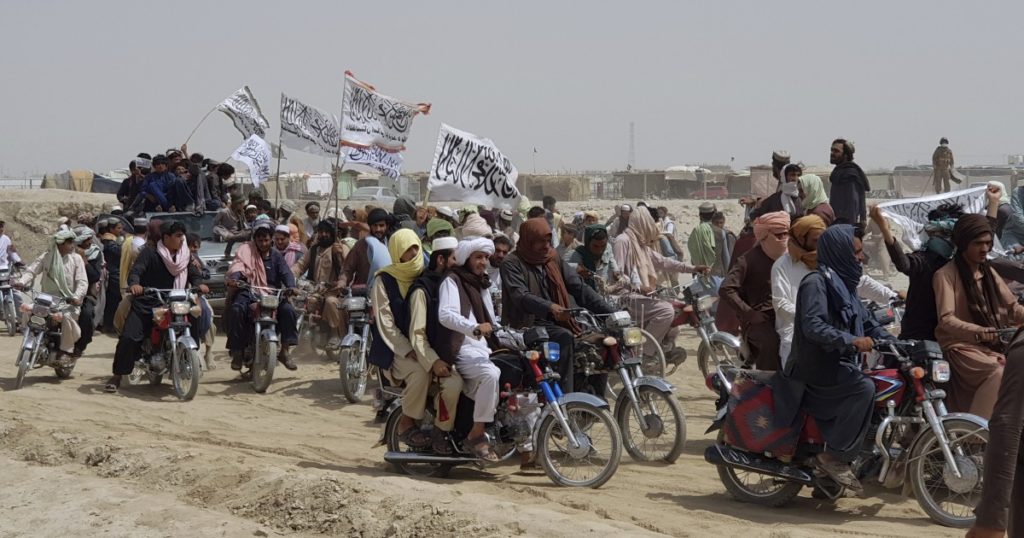 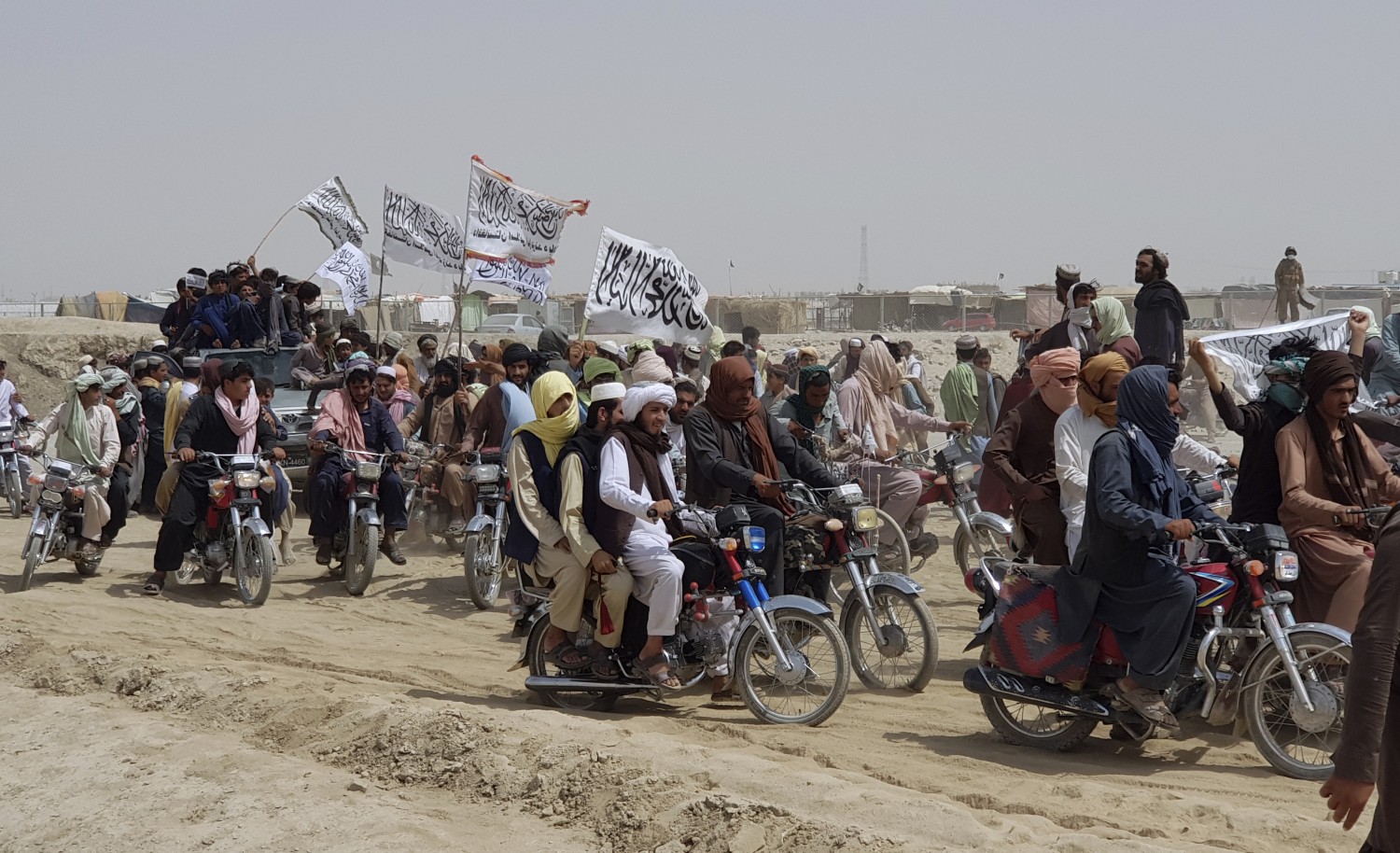 The first group of Afghan interpreters and contractors who aided U.S. military and diplomatic missions arrived in the U.S. overnight Thursday. The flight was part of a frantic Biden administration effort to evacuate thousands of people potentially facing retribution in Afghanistan from a resurgent Taliban amid the withdrawal of American forces.

But the 200 or so individuals on the initial flight from Kabul amount to just a fraction of the tens of thousands of Afghans increasingly desperate to flee their country amid rising violence.

They arrived overnight in Dulles, Va., just outside Washington, according to the FlightAware tracking service. They will next head to Ft. Lee, an Army base in central Virginia, where they’ll remain for a week while undergoing security and medical screenings, before they are resettled across the country. About 2,500 Afghans are set to arrive in the U.S. in the coming weeks, the administration said. Of those, roughly 700 worked as interpreters, guides or contractors alongside U.S. forces and received special immigrant visas along with their families.

President Biden, in a statement, called the arrival “an important milestone” and vowed that American security assistance and diplomatic support for Afghanistan would continue after the departure of U.S. forces.

“I want to thank these brave Afghans for standing with the United States, and today, I am proud to say to them: ‘Welcome home.’”

According to the administration, all visa recipients were tested for the coronavirus before flying and offered the COVID-19 vaccine in Kabul before departure.

The first arrivals came just hours after Congress took action to expand the Afghan special immigrant visa program by approving $1.125 billion in additional funding to cover the costs of processing applications and transporting, screening and resettling an additional 8,000 Afghans desperate to flee their country.

The money is part of a $2.1-billion supplemental budget bill, which also included money to reimburse the National Guard for expenses incurred during the Jan. 6 Capitol insurrection, as well as extra funding for Capitol Police. The bipartisan proposal passed the Senate 98-0 on Thursday afternoon and was approved by the House hours later by a vote of 416-11.

“We must stand with the brave Afghans who supported our mission through two decades of war,” said Sen. Patrick J. Leahy (D-Vt.), one of the co-sponsors of the legislation. “By now, we have all seen the reports of men and women being summarily executed in the street. The slaughter will only escalate. We must provide resources for additional special immigrant visas for translators and other Afghans who worked with Americans over the past two decades, as well as for additional humanitarian relief to Afghan refugees.”

But it’s still highly unlikely that the Biden administration, which has ordered all U.S. troops out of Afghanistan by Sept. 11, will be able to evacuate the roughly 20,000 Afghans who are seeking the visas by that deadline.

More than 70,000 Afghans have received special immigrant visas since 2008.

As U.S. forces have departed, the Taliban has overtaken the country’s roads, leaving the Afghan government with one airfield from which refugees can depart.

“We’re going be moving folks as fast as we logistically can,” said Ambassador Tracey Jacobson, a member of the State Department’s Afghanistan coordination task force, who acknowledged that Taliban gains have made evacuating Afghans increasingly difficult. “We do lack the capacity to bring people to Kabul from other parts of the country or to house them in Kabul itself.”

She added that the administration was still “considering a variety of different options” to get vulnerable Afghans to safety.

Without a military rescue operation to airlift the thousands of Afghans seeking to flee the country, scores may be killed, especially with the Taliban having gained access to the U.S. database of biometric information — the fingerprints and retinal scans — of nearly all who aided the American war effort.

“When [the Taliban] scan your iris or fingerprint and it pops up in the database that you used to work for the Americans, they behead you right there on the side of the road,” said Matt Zeller, chairman of the Assn. of Wartime Allies, an advocacy group that has been unable to persuade the Biden administration to take stronger action to ensure the safety of Afghan allies.

“What good is the visa to somebody who’s dead? It takes 800 days on average right now for somebody to get that visa processed. These people don’t have 800 days, or even 80 days at this point,” Zeller said.

Secretary of State Antony J. Blinken indicated Thursday that talks are ongoing with several Arab and Central Asian countries about temporarily relocating another group of about 4,000 Afghans to allow more time to review their visa applications and determine how to help them.

But on a 24-hour stop in Kuwait City to meet with the emir, crown prince and other top Kuwaiti officials, Blinken appeared visibly drained and disappointed as he apparently failed to reach an agreement with Kuwait on temporarily accepting Afghans seeking to reach the U.S. under the special visa program.

For weeks, the administration — under intense criticism for moving too slowly to help the Afghans whose lives are in jeopardy in a Taliban takeover — has been quietly telling journalists that Qatar and Kuwait would probably cooperate, and the topic may have been at the heart of Blinken’s visit Thursday.

“We are talking to a number of countries about the possibility of temporarily relocating these applicants,” Blinken said. “We are very much focused on making good on our obligations to those who stood with us.”