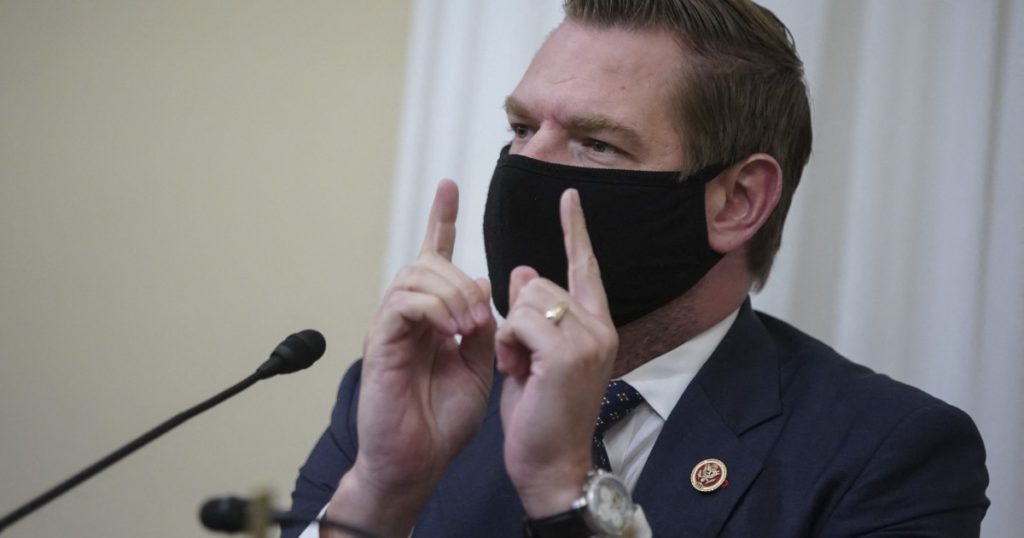 A long line snaked outside Rep. Eric Swalwell’s Castro Valley office last week as Afghan Americans sought help from the Democratic congressman to rescue their loved ones in Afghanistan. One family drove up from Utah.

“It’s been overwhelming for our staff, but they’re committed to doing all they can,” Swalwell (D-Dublin) said Tuesday.

After the Taliban’s seizure of Kabul last week following the Biden administration’s abrupt withdrawal of U.S. troops from Afghanistan, thousands of American citizens and Afghans trapped in the war-torn nation are desperate for U.S. help. Many have turned to Congress for assistance. But lawmakers say there’s only so much they can do despite their best efforts.

The State Department, which gave all 435 representatives and 100 senators the same email address to contact for constituent help, is ultimately responsible for coordinating evacuations from Afghanistan and has been inundated with thousands of requests. Some lawmakers have turned to volunteer organizations and nonprofit groups for quicker assistance.

Swalwell’s district is home to a large swath of California’s Afghan American population, whose strong and growing presence in the East Bay has contributed to the region’s diversity. The San Francisco Bay Area is home to roughly 60,000 Afghan Americans — the highest concentration in the country.

Swalwell said his Twitter inbox has been flooded with direct messages from concerned constituents seeking assistance to evacuate their family members. He and his staff members have a text message group in which they share updates about constituents’ cases — of which there are over 1,000, he said.

Both Swalwell and Sen. Alex Padilla (D-Calif.) have set up dedicated webpages and email addresses to assist individuals seeking to flee Afghanistan.

Rep. Ami Bera (D-Elk Grove) said Tuesday that his office has submitted more than 6,500 names to the State Department. He said other members of Congress have reached out to his office, including a colleague who advocated on behalf of three college students who could not get to the Hamid Karzai International Airport in Kabul to flee the country.

“I talked to my constituent services person. We reached out directly to those three constituents, and they were able to get to the airport and successfully out of the country,” Bera said.

Biden administration officials have said they cannot provide an exact number of Americans still in Afghanistan, but national security advisor Jake Sullivan estimated on Sunday that “roughly a few thousand” were still trying to leave the country.

Rep. Ro Khanna (D-Fremont) represents one of the largest Afghan ethnic enclaves in the country. Khanna, whose district is home to Little Kabul, has been openly critical of the Biden administration’s abrupt withdrawal from Afghanistan.

He tweeted Tuesday that his office staff welcomed an Afghan family to Milpitas after they experienced “five days of attempting to fly out of Kabul, plus three additional days of international travel.”

Rep. Scott Peters (D-Coronado) said his district — home to one of the largest veteran populations in the country — has been hit hard by the fallout in Afghanistan.

“We have been fielding a lot of calls from people who know people on the ground,” he said Tuesday. “Some of them are veterans who have been very heartbroken by this whole process.”

Peters said the State Department was a “little slow to wake up” to the severity of the situation in Afghanistan. For that reason, he said, his office is working with volunteer networks and third-party groups such as the Truman Center for National Policy, which is helping evacuate Americans and allies from Afghanistan.

“I’m really, really frightened, appalled and embarrassed as an American that this is how this has been executed,” he said.