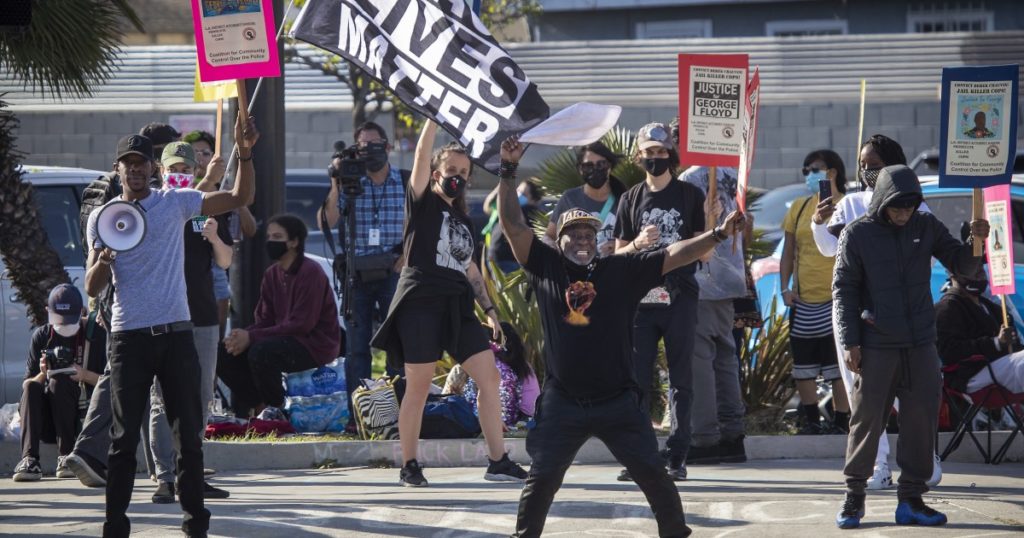 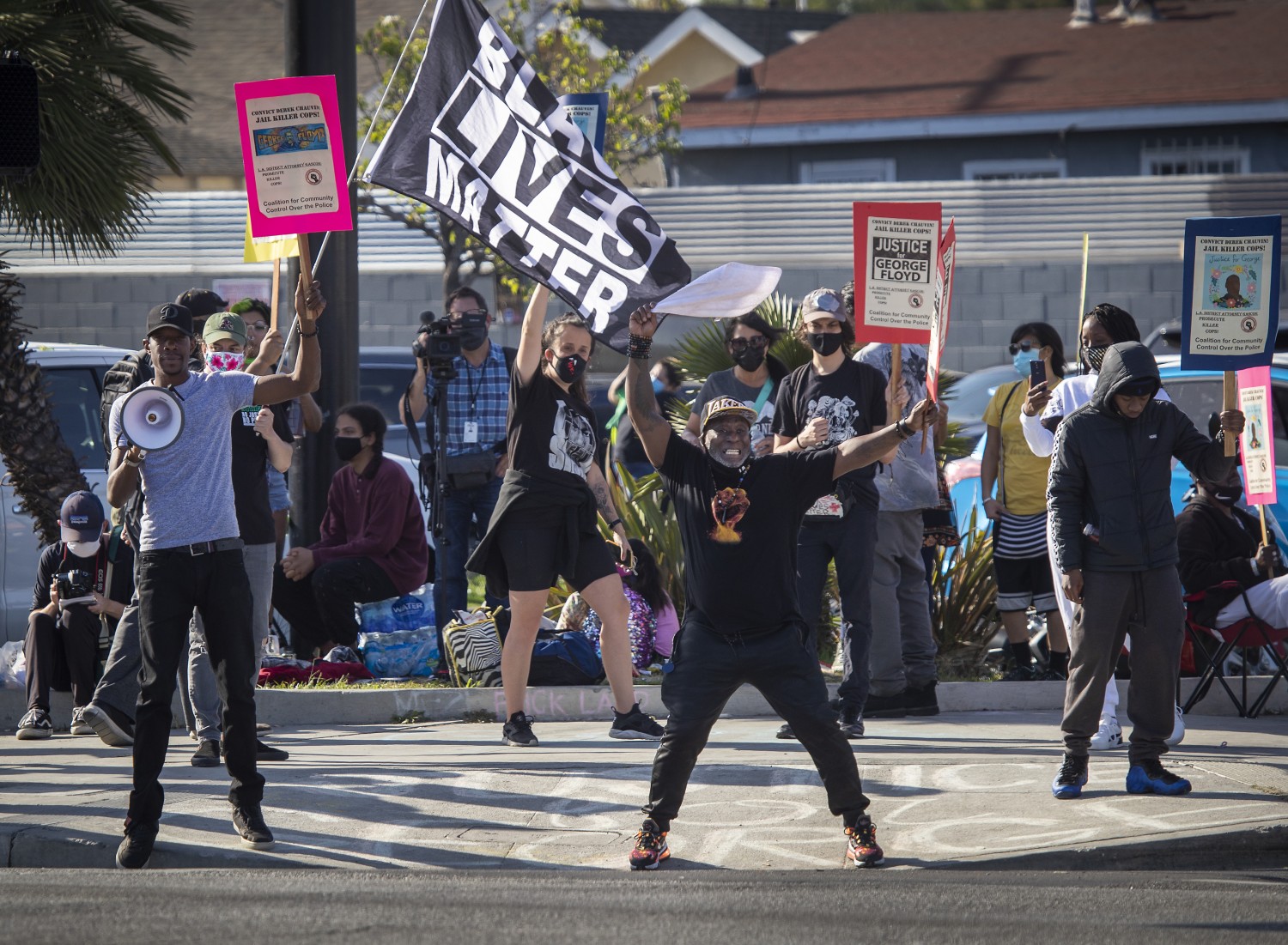 Soon after the police officer who killed George Floyd was convicted of murder, President Biden called Floyd’s relatives with a promise: Once he could sign legislation named for Floyd to change policing nationwide, he would fly them to Washington for the occasion.

Floyd’s family arrives at the White House on Tuesday, the anniversary of his death. But there will be no bill-signing ceremony. Bipartisan negotiations on Capitol Hill have yet to produce a breakthrough, a reminder of the steep hurdles that Biden faces confronting the country’s entrenched racial problems and its political polarization.

“If we cannot make progress on this issue in this environment, I question when we ever will be” able to, said Rep. Jim Clyburn of South Carolina, a close Biden ally and the highest ranking Black member of Congress as the No. 3 House Democratic leader.

When Biden declared victory over President Trump after November’s election, he said he had won a mandate “to achieve racial justice and root out systemic racism in this country.” He marked a rare moment of progress last week when he signed legislation to address hate crimes against Asian Americans, which have increased during the pandemic because the coronavirus originated in China.

“Every time we’re silent, every time we let hate flourish, you make a lie of who we are as a nation,” Biden said at last week’s bill-signing event. He said the law, which passed with bipartisan support, was the “the first significant break” since he took office in a racially fraught moment for the nation.

But getting the next break is proving difficult. Lawmakers are struggling to agree on legislation for nationwide policing changes that could ban chokeholds, set standards for using force and withhold federal funding to local law enforcement agencies that don’t comply.

The sticking point remains “qualified immunity,” a legal precedent that generally insulates police from civil lawsuits for their actions on the job. Republicans have resisted sweeping away or altering that protection.

Biden set Tuesday as a goal for passing legislation, to mark the one-year anniversary of the killing of Floyd, a 46-year-old Black man who died in a Minneapolis street, his neck pinned for nine and a half minutes under the knee of Derek Chauvin, a white police officer.

Although Congress won’t meet that deadline, signs suggest a deal could be reached in the near future.

“While we are still working through our differences on key issues, we continue to make progress toward a compromise and remain optimistic about the prospects of achieving that goal,” said a joint statement from the three leading negotiators — Democrats Sen. Cory Booker of New Jersey and Rep. Karen Bass of Los Angeles, and Sen. Tim Scott of South Carolina, the only Black Republican in the Senate.

Clyburn also said he remained optimistic, saying, “The pace may be slower than I would want it, but I understand the legislative process.”

He also praised Biden for his commitment to addressing racism: “We’ve got a president who is sensitive to these issues, a president who has a head and a heart. We just finished four years of a heartless presidency.”

Cornell Belcher, a Black pollster who worked to elect Barack Obama, the first Black president, said Biden had gone further than his predecessors to address racism.

He also said that hosting Floyd’s relatives offers Biden a political opportunity to increase pressure on Republicans, including Senate Minority Leader Mitch McConnell of Kentucky, to reach a deal.

“The opportunity for Biden is to say, ‘Look, I’d hoped to have you here because I’d hoped there’d be a signing ceremony for justice and policing, but we can’t do that because Mitch McConnell and Republicans in the Senate have dug in,’” Belcher said. “He can and should pivot to the conversation politically about why what the vast majority of Americans want to happen is not happening.”

Belcher and some other Democratic pollsters say that singling out Republicans for blocking Biden’s broadly popular agenda could keep the party’s core voting blocs, including Black and younger voters, energized and active heading into the 2022 midterm elections.

“The lack of movement on signature issues could actually help in creating higher turnout and more engagement if it’s communicated the right way,” said John Della Volpe, the polling director at Harvard’s Institute of Politics, who advised Biden’s campaign last year on outreach to younger voters.

He pointed to Biden’s remarks in Philadelphia following Floyd’s death, when he called on the country to work to eradicate systemic racism. He called it “the work of a generation” and warned that it would take longer than a presidential term. If younger voters believe that the president and his party are engaged on racial justice issues, even if progress is slow, “they will continue to work with the administration to address those systemic issues,” Della Volpe said.

But Matt Gorman, a Republican strategist, dismissed the idea that his party would be at an electoral disadvantage next year. “Hoping voters will vote against [Republicans because of] someone whose name is not on the ballot — Mitch McConnell — that’s just wishful thinking.”

Addressing policing practices might end up as a rare issue where bipartisan compromise is possible, Gorman added. “But I don’t think that’s the deciding issue for most voters in November 2022.”

Attending the private meeting at the White House will be Floyd’s sister, nephew and brothers, as well as his former partner and their seven-year-old daughter, Gianna. Biden has often mentioned Gianna and her comment that “my daddy changed the world” by his death.

Psaki said the family’s “courage and grace” has “really stuck with the president,” and “he’s eager to listen to their perspective and hear what they have to say.”

Lindsay M. Chervinsky, a senior fellow at the Center for Presidential History at Southern Methodist University, said that apart from policy changes, Biden has harnessed the power of his office to push a national dialogue around race. And unlike Obama, Biden may face fewer political landmines in doing so.

“Biden’s whiteness is actually something that makes that conversation possible in a more open way,” she said. “It’s safer coming from him.”