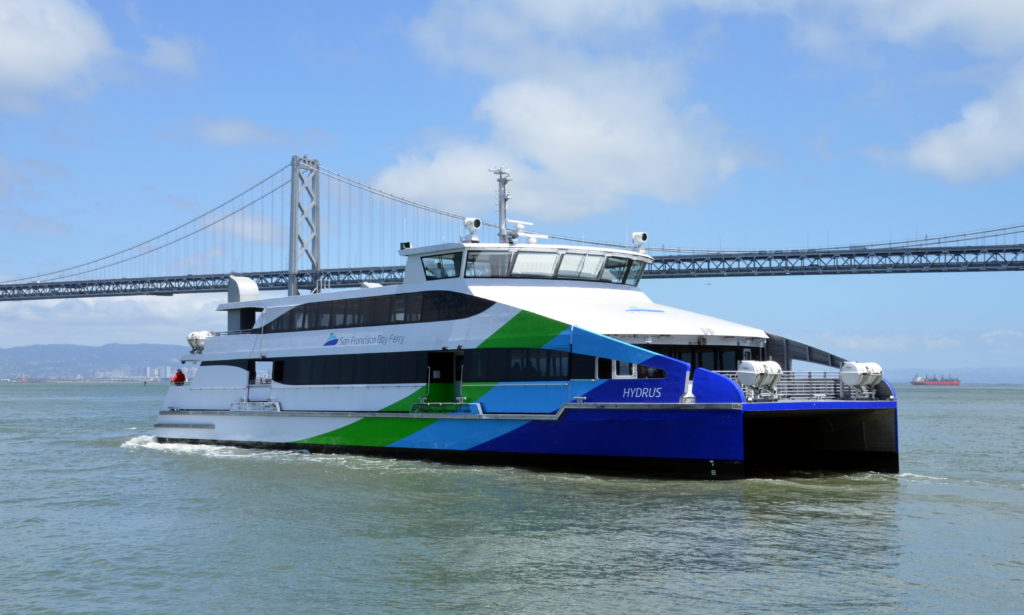 Oakland City Councilmember and vice-Mayor Rebecca Kaplan wants direct ferry service running between Oakland and locations in the North Bay, according to an open letter from her to the San Francisco Bay Area Water Emergency Transportation Authority, which runs Oakland’s ferry services.

The City of Oakland has a ferry terminal in Jack London Square that is home to a large and growing community, which includes housing, office space, and jobs, as well as recreation, entertainment and dining destinations.

She asks for increased frequency of ferry service on existing routes to and from Oakland/Jack London Square, and, most notably:

…additional new routes that would provide connections to and from Richmond, Larkspur, and other areas not currently served from Oakland.

Currently, there are ferries between San Francisco and Oakland, Richmond, Berkeley, Vallejo, and multiple destinations in the North Bay, including Larkspur. At Larkspur, travelers from San Francisco can connect to the SMART train with stops as far north as Sonoma airport.

But Oakland, with dense apartment and condo buildings all around its own ferry terminal, which is a short walk from Amtrak, BART, and downtown, there are ferries only to San Francisco, plus a rush-hour only ferry to Oyster Point (yes, technically Oakland/S.F. ferries also stop at Alameda).

“Oakland sits at the heart of the region, and has been a transportation hub over centuries,” continues Kaplan. “With a well-located ferry dock in a growing area, expanding ferry service to and from Oakland can help further weave together our region and ensure access to jobs and opportunity in a healthy manner.”

A direct ferry service between Larkspur and Oakland would have transportation implications well beyond Oakland. Amtrak, with connections to the Central Valley, San Jose, and points south, is a nine minute walk from the ferry terminal in Oakland. Meaning if direct ferries from North Bay locations were coordinated with Amtrak, residents from Marin would suddenly have a potential traffic-free connection via ferry and train to cities all over the region and state. The ferry terminal is also a short walk to BART, with all of its regional connections.

In addition, residents of Oakland would gain a one-transfer connection to destinations served by the SMART train from the ferry terminal at Larkspur.

“This can be a key opportunity to connect areas not currently served — as there is a lack of transit service connecting the East Bay with the North Bay, despite a growing number of trips along this corridor, which need a better option. We are blessed to live around the Bay, and public transit by ferry can help close gaps using our region waterways to better unite our communities and reduce vehicle congestion and the harms it causes,” said Kaplan.

Kaplan also calls for better wayfinding, which would certainly help with Amtrak/ferry connections. Such new ferry services would add to the impetus to rationalize and coordinate fares and schedules around the Bay Area.

Streetsblog has reached out to WETA to get their response and will update this post. Meanwhile, a WETA spokesperson pointed out that they recently opened a new terminal at the Sealane Lagoon in Alameda, although that route will also run to San Francisco, not Oakland.

What do you think? Would you use a Marin/Oakland ferry connection, especially if it offered seamless connections to Amtrak and SMART? What about other routes, such as Oakland/Vallejo? Post your thoughts.