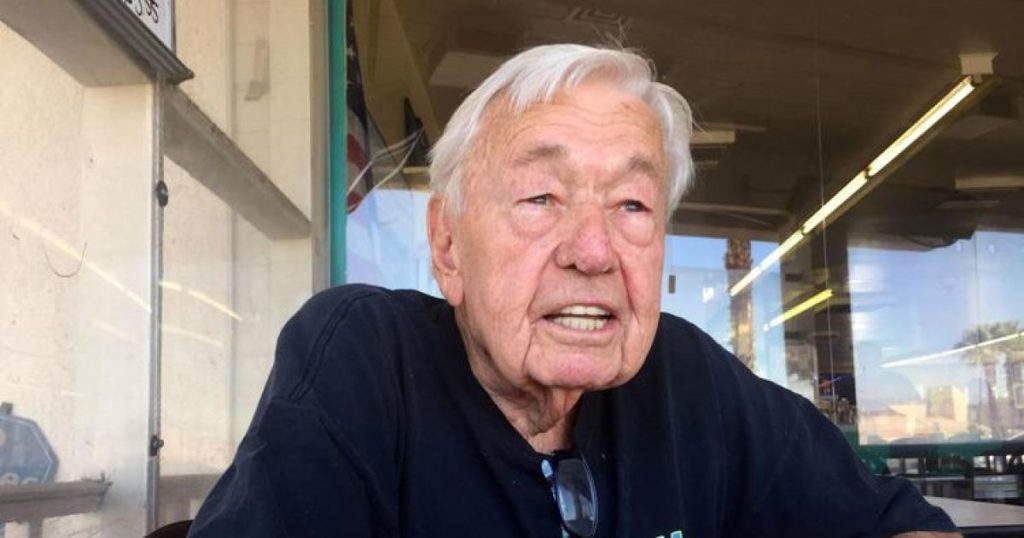 Recently, the Ronald Reagan Presidential Library launched a lecture series entitled “Time for Choosing,” a name consciously echoing the famous 1964 speech that launched Reagan’s political career and put him on a path to the White House.

The concept — marquee names, history-rich backdrop — is a throwback to a time when politics involved ideas and philosophies and wasn’t just about riling “the base” or “owning” the opposition. The program also gives Republicans a chance to paint their visions while wrapping themselves in the mantle of one of the GOP’s most beloved and sainted figures.

But the title is something of a misnomer. Many Republicans have already chosen: It’s Donald Trump’s party and will remain so until and unless someone pries it from his fisted fingers.

Of those invited, the first to appear, former House Speaker Paul D. Ryan, is one of the few who dare openly suggest Republicans ditch the retread who not only cost them the White House but control of the House and Senate — a losing trifecta unmatched in a single term by any president since 1932. Ryan’s reward was a nasty-gram from Mar-a-Lago.

In November, he voted for Joe Biden for president — the first Democrat he’s supported since Harry Truman in 1948. “I was in the Navy, on the way to invade Japan, when he stopped the war,” Spencer said, then laughed heartily. “I figured I owed him one.”

Apart from Nancy Reagan, there may be no one more responsible for Reagan’s political success than Spencer, who spent decades as a campaign strategist helping steer the former B-movie actor and long shot to the California governorship and then two terms as president.

Funny, profane and irrepressibly blunt, Spencer was more than a hired hand. He was someone Nancy Reagan and others turned to when Reagan needed prodding or a little straightening out behind the scenes, and Spencer repaid that intimacy with a code of honor he’s kept ever since. He’s one of the few people close to Reagan who never cashed in by writing an insider account; tell-alls, Spencer said, aren’t his style.

But he doesn’t hold back when it comes to Trump, whom Spencer denounced as “a demagogue and opportunist” utterly lacking in core values or convictions. “He sees an issue,” Spencer said, “and no matter what he believes he goes where it gets him the most votes.”

(In 2016, Spencer couldn’t bring himself to vote for Democrat Hillary Clinton, so he cast his ballot instead for Gary Johnson, the former New Mexico governor who ran as a Libertarian.)

It’s impossible to know what someone else might think, so when Spencer was asked what Reagan would make of Trump there was a long pause. “Oh, boy,” Spencer said. The air conditioning whirred in the background; it was 95 degrees where he lives, in the desert outside Palm Springs, en route to a high temperature of 105.

“He would be sick,” Spencer finally said, offering his best guess. “Not just the issues out there, but the personal things [Trump] has done. The way he treated women. All those people he robbed of money.” (As a developer, Trump was notorious for stiffing contractors.)

“He couldn’t fathom that stuff,” Spencer said of Reagan. “His behavior would have upset him the most.”

Spencer has been a Republican his entire professional life, ever since he began working in political campaigns in Los Angeles more than 60 years ago. The last few decades have seen him play the role of Cassandra, telling truths many in the party preferred not to hear.

In 1997, in the roiling aftermath of Proposition 187, the ballot measure aimed at thwarting illegal immigration, Spencer wrote an open letter to fellow Republicans.

“Our party has a sad (and politically self-defeating) history of alienating immigrant groups and new voters,” he said. “The GOP closed the door to the Irish and the Italian immigrants in Massachusetts and New York in the last century. We did the same to Poles and other Eastern Europeans in Chicago and other urban centers.”

With the Latino share of the electorate growing rapidly, the choice was simple, Spencer wrote. The GOP could change, toning down its harsh rhetoric and becoming more welcoming to immigrants, or consign the California Republican Party to minority status.

His advice was largely ignored, and Spencer proved prophetic.

Now he sees the national party in need of a sharp course correction, away from Trump’s grievances and reckless assault on democracy and the truth. Away from unbending certitude, from seeing the world only in black and white with no gray, and treating politics as a zero-sum, all-or-nothing proposition.

“I’m a great believer in moderation,” he said. “That doesn’t mean you can’t have strong ideas. But you need to understand there are two sides to every question. Whatever your philosophy, you apply it to the situation and take what you can get.”

Negotiation. Pragmatism. Compromise. All of which Reagan, rooted in a firm set of beliefs, embraced once he took office. All of which are wildly out of fashion these days.

“I just don’t feel good about it,” Spencer said of the direction the GOP has taken under Trump’s sway. “I feel like I wasted a lot of years.”

Another laugh, this one mirthless and dry as the desert air.