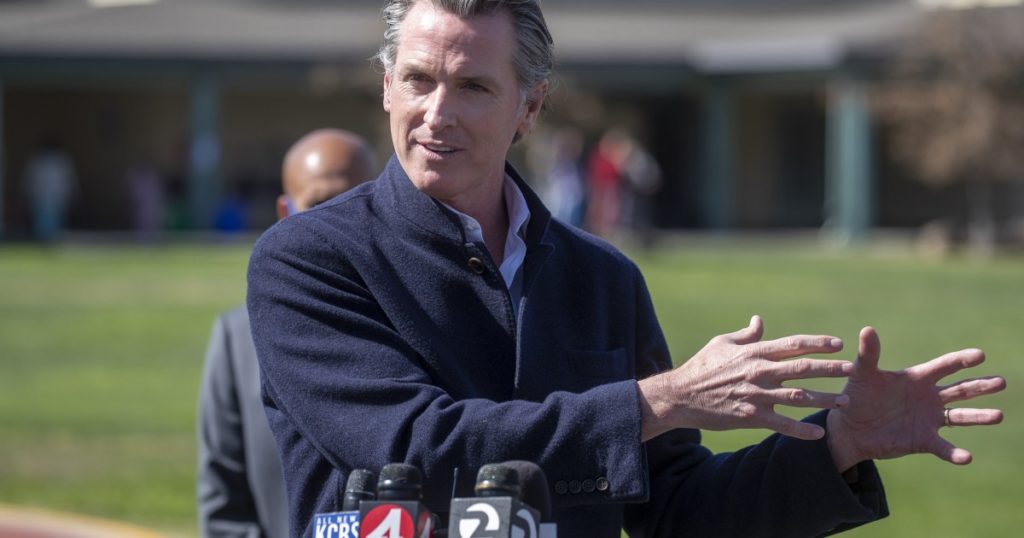 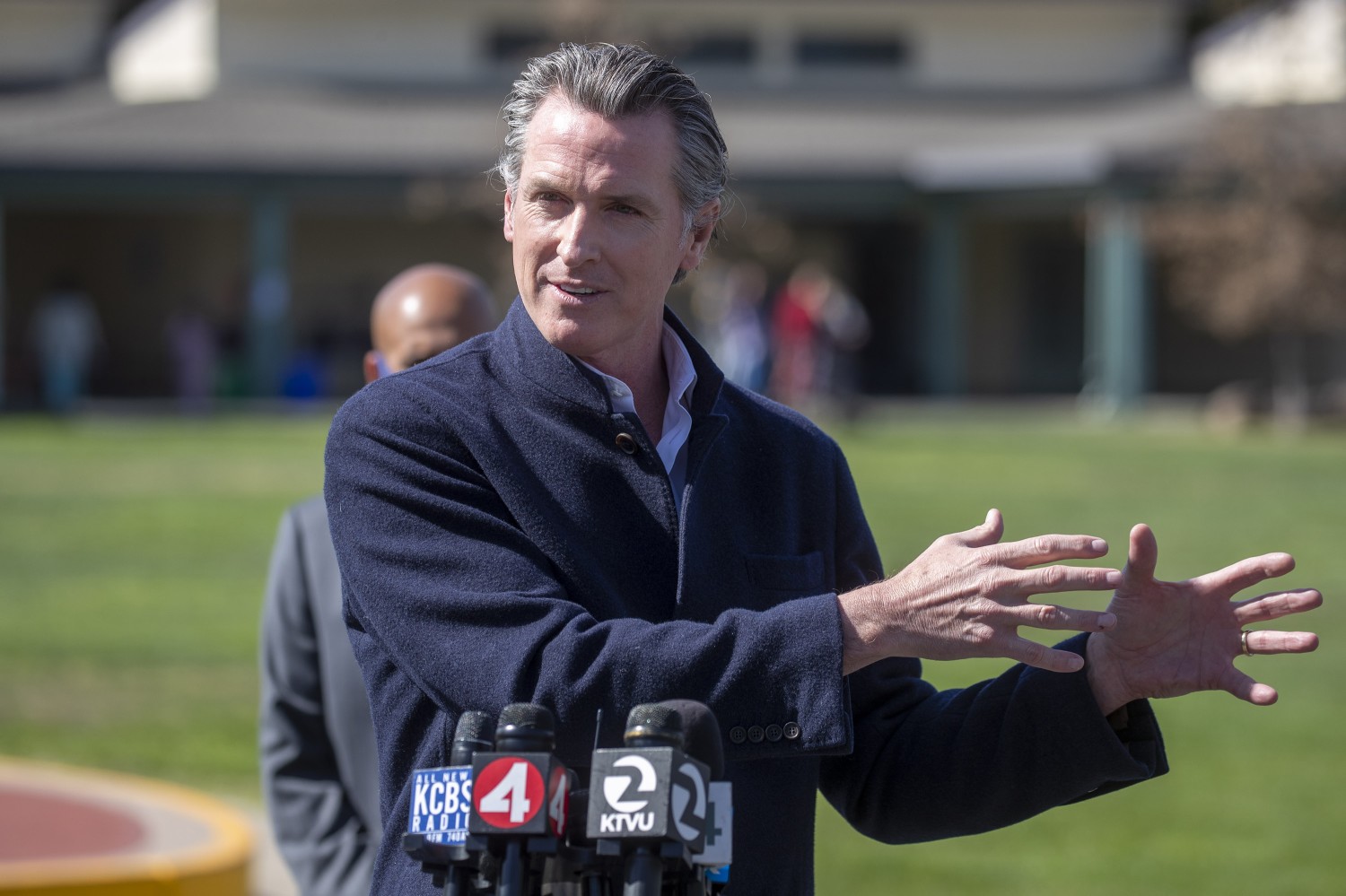 History offers no real precedent for the State of the State address that Gov. Gavin Newsom will deliver Tuesday, an annual event taking place while California grapples with a deadly pandemic and its governor confronts the biggest threat of his political career.

And so perhaps it’s fitting that Newsom — unable to address a joint session of the Legislature due to COVID-19 concerns — has chosen to hit the road and deliver the speech in Los Angeles, reminiscent of California’s first State of the State, a tradition launched by then-Gov. Pat Brown in 1962.

Brown delivered the speech that January from an L.A. television studio, boasting of California’s exceptionalism and predicting that its rapid growth would displace New York as the nation’s most populous state by year’s end.

“On that day,” he told the television audience, “the balance of the most powerful nation in the world will shift from the Atlantic to the Pacific,” an achievement deserving of “the biggest party this state has ever seen.”

Newsom won’t confine the speech to a small studio but instead will head outdoors, using Dodger Stadium as his backdrop. It was a decision, his staff said, to recognize both the enormity of what’s been lost — the baseball park holds about the same number of people who have died in California from COVID-19 — and the promise of what lies ahead with new guidelines allowing limited in-person attendance at sporting events and amusement parks.

In a visit to a Tulare County vaccination clinic Monday, Newsom said the speech will focus on California’s “resiliency” while applauding those who are making a difference.

“I want to highlight this heroic work that’s being done every single day, with people that aren’t getting attention, aren’t being celebrated, but are the quiet heroes in this pandemic,” he said. “This is not going to be a State of the State laden with lots of policy announcements.”

Which makes it the perfect opportunity to launch, even in a subtle way, a full-court press to keep his job.

On Wednesday, some of Newsom’s fiercest critics plan to submit the final batch of signatures on petitions seeking his removal from office in a recall election. Organizers of the effort said Sunday that they had collected 1,950,000 voter signatures during their 13-month campaign to qualify a special election by the end of the year.

California law requires them to collect voter signatures equal to 12% of the total votes cast in the most recent gubernatorial election — in this instance, at least 1,495,709 valid signatures. The official deadline to complete their effort is March 17.

So how many signatures do they have? The 1,950,000 number cited Sunday is about 240,000 more than campaign officials reported in mid-February they had in hand. Campaign officials said they’ve been using an outside company to check the voter signatures and addresses before sending the documents to elections officials.

That could explain why the report released last month by Secretary of State Shirley Weber — showing about 1 million signatures submitted as of early February — concluded that almost 84% of the signatures were deemed valid. That kind of accuracy, if it holds, puts the recall campaign in a good position to make it across the finish line by this month’s deadline. Elections officials have until late April to verify the signatures.

Rusty Hicks, the chairman of the California Democratic Party, said the recall attempt is more about Republican anger than a popular uprising.

“It’s one thing to be momentarily unhappy with our current lot in life and another to put that all at the feet of our governor,” Hicks said. “I believe that Democrats will be unified in their opposition” to the recall.

Though Newsom has steadfastly avoided talking about the recall effort, few believe that means he isn’t paying attention. Almost one year into a historic public health emergency where early praise for his administration’s efforts has given way to criticism for a lack of consistency and follow-through, the 53-year-old Democrat now displays little of the swagger seen after winning the governorship with 62% of the vote in 2018.

“You know, my word of the year is humility,” Newsom said in a visit to Stockton last week.

Backers of the recall movement are unlikely to be impressed, insisting that the governor’s actions in recent months are symbolic of government mismanagement.

“Californians are consistently becoming more disgruntled with how their state’s run,” Mike Netter, one of the proponents of the recall campaign, said during an event in Sacramento on Sunday. “It’s not just about recalling Gavin Newsom. It’s about making a change in the way that California is run now and needs to be run in the future.”

But the campaign to retain or remove Newsom is still a ways away. Elections offices in the state’s 58 counties have until April 29 to complete their review of the recall petitions. If the pro-recall groups are successful, Newsom will become only the second governor in California history and the fourth in U.S. history to face a recall election.

In the meantime, the governor will get a chance to swing for the fences during Tuesday’s event in trying to assure voters that his pandemic policies are working — no doubt citing last week’s enactment of a $6.6-billion plan to coax more elementary schools to reopen their campuses for at least a few days of in-person instruction and the state’s improving rate of COVID-19 vaccinations.

And right on cue, Newsom’s supporters received an email from his political team Monday, reminding them of both achievements and asking for a modest campaign contribution while promising that “hope is on the way.”