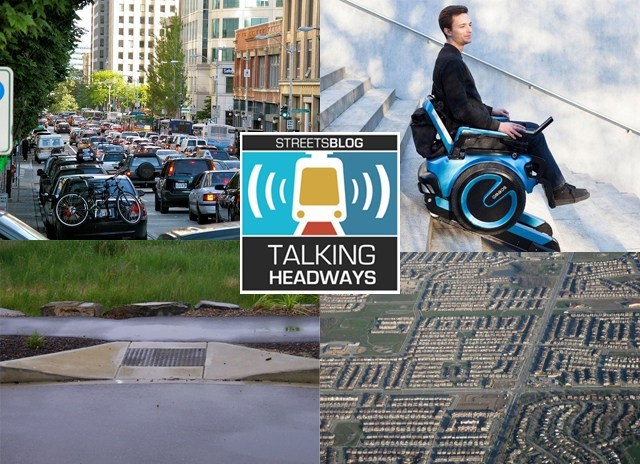 This week, we’re joined by Karel Martens, associate professor of Architecture and Town Planning at Technion – Israel Insitute of Technology. Martens talks with us about the philosophy underpinning the idea of sufficient accessibility and how he got to the idea in his book, Transport Justice.

Jeff Wood: That gets to the point of the book about radically changing the way that you look at how to solve transportation issues is looking at people and their needs rather than problems to solve. Problems like congestion problems, like the environment, thinking about people first is what I got out of reading the book. And it’s interesting to think about when you think about environmental problems and you’re trying to target them, and we do want to target them because they are important, especially in this age of climate change, but it makes you focus on things that you don’t want to focus on. So if you’re targeting congestion or you’re targeting environmental issues, you’re actually talking more about the car then you want to be talking about it and what you need to be talking about.

And what I learned from the book is that you need to be talking about population groups, people in certain segments of society that need to have more accessibility, rather than targeting the segment of a road that’s congested, or, you know, the need to reduce particulate matter, which I think is important, but by solving the people problem, I think you get to solve all of the problems.

Karel Martens: Let me take these two problems separately. So congestion emerged as the main problem, because transport as a field of research and of a government practice evolved from other engineering disciplines, the other engineering disciplines were basically in a way very progressive, so the emergence at the end of 19th century of water systems, electricity systems, sewer systems and the engineers are very, very ambitious, very progressive, the city’s were very polluted than they saw in these new technologies. The opportunity to make lives better. And their idea was just to build systems and connect to each and every person to that system. And that’s why we did, as a society that at least, the most places. And the transport engineers took the same idea, we have these wonderful new technologies called a car.

We combined it with the other wonderful new concept called a highway, grade-separated highway. And the only challenge is we have, it was just connecting everybody to this wonderful new road system, and then they can connect to the system just like they can open the water tap and everybody is served. I’m not sure that they are entirely believed this, but that’s how we designed our system. It’s just a matter of rolling out a road over the entire country. That’s what happens without any consideration of what we’ll do today, which is a cost-benefit analysis. We wouldn’t have built many of the highways we built out in faraway places where today the demand is to low, to justify a road. According to this cost benefit principle.

Well, we didn’t have the same engineering, progressive perspective. This is a new technology, and we should connect everybody to it. Now what works in electricity and water and sewage, this will work for transport, right? If you have water in the home, a kid of 2-years-old can open the tap and close the tap. And with some care, they can also use electricity pretty young, and after potty-training, the toilet is also available for you. It doesn’t work like this in transport — the road system will never serve everybody. But the thinking of having a system that works — basically calculating the volumes that my system has to send from A to B, whether it’s electricity or water or sewage — that philosophy is still so ingrained in this transport engineering principle.

So that’s how they look at the system. And congestion is a failure, like a blackout in electricity as a failure, but that is a wrong measure of failure in a Transport system because your system is not important. Having a working system doesn’t guarantee that people have accessibility, even free flowing traffic doesn’t guarantee that everybody has accessibility. Go to very remote places where you are always a free-flowing traffic and, you don’t get anywhere. And that’s not really what we want to offer people, transport is all about just getting to the destinations. And so that was the congestion part. It’s still stuck in the engineering perspective, starting from a very good intentions or delivering the best possible system to everybody.

And failing to realize that the system can never serve anybody, and politically it was also embraced, I dunno, in the US but anyway, in the Netherlands and also in Israel, in the U.K., there was mostly Social Democrats, politicians saying a car for every family that was the vision. And if everybody had a car, transport problems were solved, we just have to build the road system. And the wife didn’t count because the car was, of course for the men that are going to work. And children were invisible apparently or were just in the temporary timeframe, you know, about to be adults to drive cars, but even adults, even in the US we didn’t get to the level that everybody has cars.

They are expensive. Not everybody likes driving. People are scared of driving. In a metropolitan area like Los Angeles, 20 percent of adults don’t have access to a car. And one in five adults, that’s an enormous amount in a wealthy country, we didn’t manage to get there. We will never get there. That would be a fundamental starting point. And if you realize that your, I start from people and ask is everybody is served by the transport system. And so congestion might still be a problem. But in many cases, those in congestion are served much better than those who cannot enjoy congestion. And do not have access to the car and has to use public transport, or sometimes they can use a bicycle and so forth.

So, there is the congestion part. Congestion might lead to sufficient accessibility, but if it doesn’t, it’s not a problem, it’s annoying it’s unpleasant. I’m also sometimes in congestion. It is very annoying, I like free flowing traffic myself if I drive. But if it’s something that’s annoying it’s not a reason to pool a lot of public money into it. And certainly, now that you realized all the damage, of course, that has been done because of increasing road capacity. Now that’s that part of the story. So, congestion we can really park only if it’s sufficient accessibility we have to address this, otherwise. No. If people want to, buy the way out of the congestion by financing a separate lane, we might consider, if it doesn’t do too much other damage.