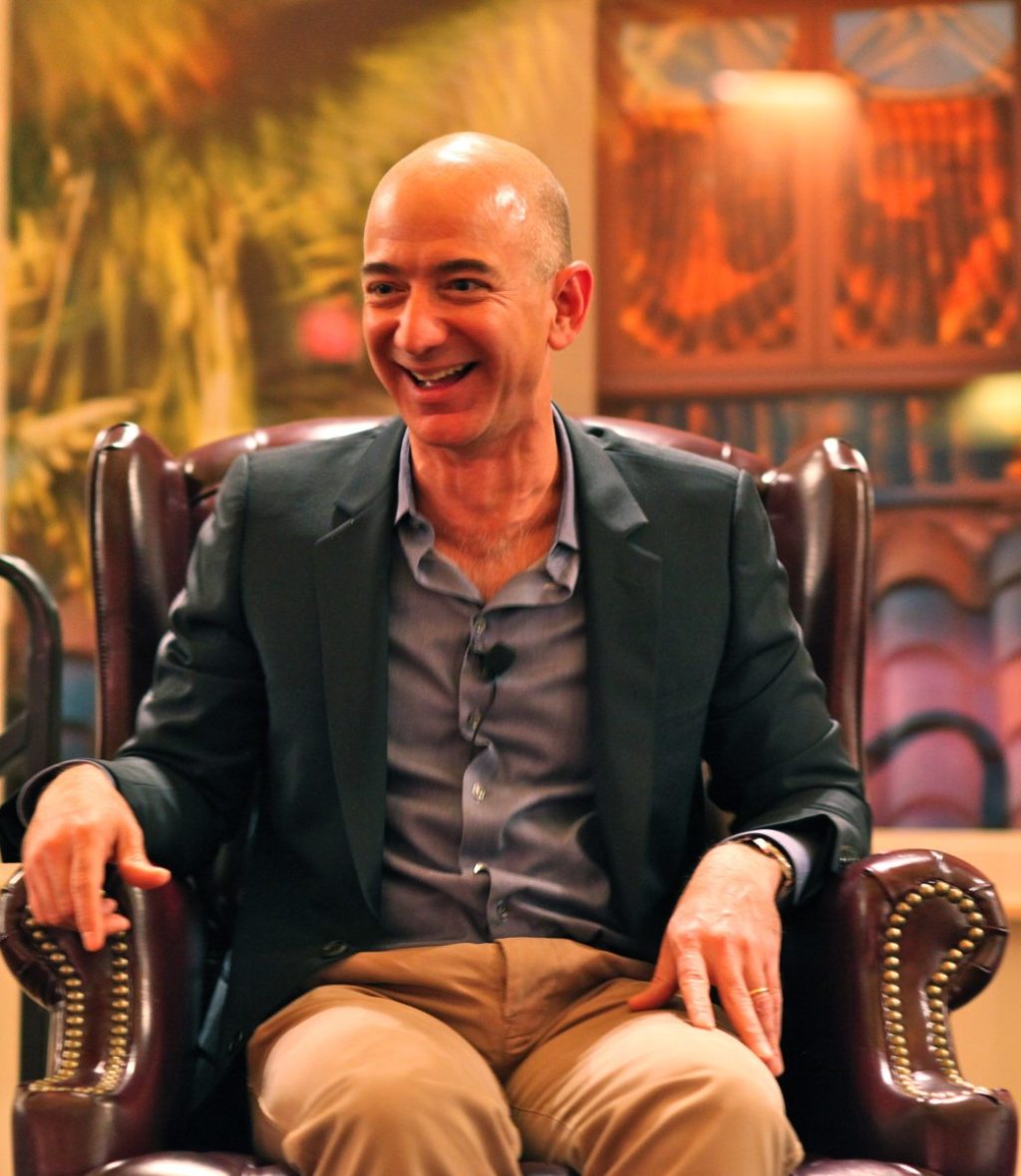 Jeff Bezos stepped down from the top spot at Amazon this week, but his toxic legacy on America’s roadways isn’t going anywhere.

Since he first started shipping “demand weighted units” (or as Amazon calls them, books) to homes across America, Bezos has revolutionized the role that delivery trucks plays on our roadways. When the company was founded, an average of about one freight trip per day was taken on U.S. roads for every 10 Americans; by 2017, it had more than doubled to 2.5 trips per day, a phenomenon that experts directly attribute to the rise of online retail.

Researchers have struggled for years to pin down exactly how much of that increase was attributable to Amazon specifically — and the company itself is notoriously tight-lipped — but there’s little doubt that the monolith that controls a whopping 49 percent of the e-commerce market and delivers most of its own packages without the aid of other carriers has something to do with it.

“Amazon has been able to ride this stealth presence and sink under the radar,” Olivia LaVecchia, a research associate with the Institute for Local Self-Reliance, once told Curbed. “Their true power and influence have remained invisible. They’re reshaping our commerce, built environment, and even social interactions.”

Pundits have already stressed that Bezos’s decision to trade the top spot at his company for the role of executive chairman won’t change very much about the erstwhile richest-man-on-Earth’s influence over the company. And that’s also true on U.S. roadways, where Bezos’s influence is evident not just on Amazon’s own delivery fleet, but on the scores of retailers rushing to replicate his business model.

When Amazon Prime was first launched in early 2005 — after being shepherded into being by Bezos himself — it set a new standard for delivery that consumers quickly came to expect from all online retailers: freaky fast and universally free, even if the rush requires companies to lose money sale by sale. Despite losing the company billions, Prime’s free two-day shipping promise soon progressed to two hour shipping on select products in some cities; on easily-available items, such as those stocked at Amazon-owned Whole Foods, the company will even deliver in 60 minutes or less.

Those sorts of stunning guarantees, experts agree, were also a virtual guarantee that Amazon would send inefficient, nearly-empty trucks to far-flung homes — and it also guaranteed that Amazon’s competitors would take on the steep losses necessary to compete, as many of them have. Indeed, a recent study found that trucks from companies that offered sub-one-hour delivery drove seven times as many miles on our roads than ones that delivered packages in 24 hours, with the benefits of the service decreasing more and more from there.

All those extra VMTs undoubtedly translate to more emissions and congestion — though, again, Amazon makes it impossible to pin down exactly how much of the problem lies squarely at the feet of the e-giant.

Amazon admitted last June that its businesses emitted the equivalent of 51.17 million metric tons of carbon dioxide last year — roughly on par with the total annual emissions of Wuhan, China (population 12 million!) or Phoenix, Ariz. (1.7 million Americans — but declined to mention how much of those emissions came specifically from sending trucks onto roads, versus other energy uses, like flying Bezos’s notorious helicopter. The company has already committed to decarbonizing its vehicle fleet, but Bezos has been mum about how it will reduce the other roadway impacts associated with excessive truck deliveries, like congestion and roadway fatalities.

While we’re talking about congestion, Amazon’s overall impact on traffic is even harder to compute — even if residents of individual cities like New York have watched first-hand as drivers clogged the streets. As part of Texas A&M’s 2019 Urban Mobility report, researchers noted that “in the 101 most congested urban areas, we find that to ensure an on-time delivery for the most important trips, truckers need to add 15 minutes to a trip that typically takes 20 minutes in light traffic,” a phenomenon that could easily spell death by a thousand cuts for core downtowns. But of course, researchers couldn’t determine how much the nation’s largest purveyor of lightning-fast delivery, specifically, might be contributing to that phenomenon; they were talking about deliveries overall.

One Washington study did find that a whopping 41 percent of all delivery truck drivers were forced to park in unauthorized spots when they made deliveries in downtown Seattle, blocking bike lanes and gumming up car traffic. But again, the researchers, understandably, couldn’t specify whether those trucks were piloted by Amazon itself, Amazon’s third-party transportation partners, or other companies entirely.

What’s clear, though, is that Amazon’s policy of corporate secrecy has effectively shielded it from the most cutting advocate critiques. Absent hard data, even some die-hard urbanists have been slow to recognize the impact of the behemoth no-box retail giant on our urban landscapes, especially when compared to the reliably furious reaction to big-box retail projects; some have even argued that Amazon has historically been good for our vehicle miles travelled metrics, though much of that musing has slowed as the sheer volume of Prime memberships has swelled to include a full third of the U.S. population. (And no, that’s not counting everyone who borrows a family member’s password.)

Here’s the thing: Amazon’s ultra-fast-and-free-at-any-cost approach to e-commerce delivery during the Bezos era is not the only way to do it. And done right, there’s no reason we can’t capture much of the convenience the company offers without sending ever-increasing numbers of trucks onto our streets. Pooling packages as much as possible on trucks, then distributing them to fulfillment hubs in non-residential areas, and completing the last mile on foot or cargo bike can rapidly remove vehicles from roadways; one London pilot run by Amazon itself promises to erase 23,000 trips every year (and Amazon-owned Whole Foods supermarkets in New York City are successfully delivering groceries by cargo bike). Paired with strong local curb management and other disincentives to maximize truck travel,  as well as strong regulations preventing the mistreatment and underpayment of drivers, online retailers like Amazon could join the fight to declog our streets.

No, a cargo bike might not always get you your package in less time than it takes to deliver a pizza. But if Amazon and companies like it rethink their priorities — or governments compel them to do it — it could help to repair one of the single worst legacies of its founder.