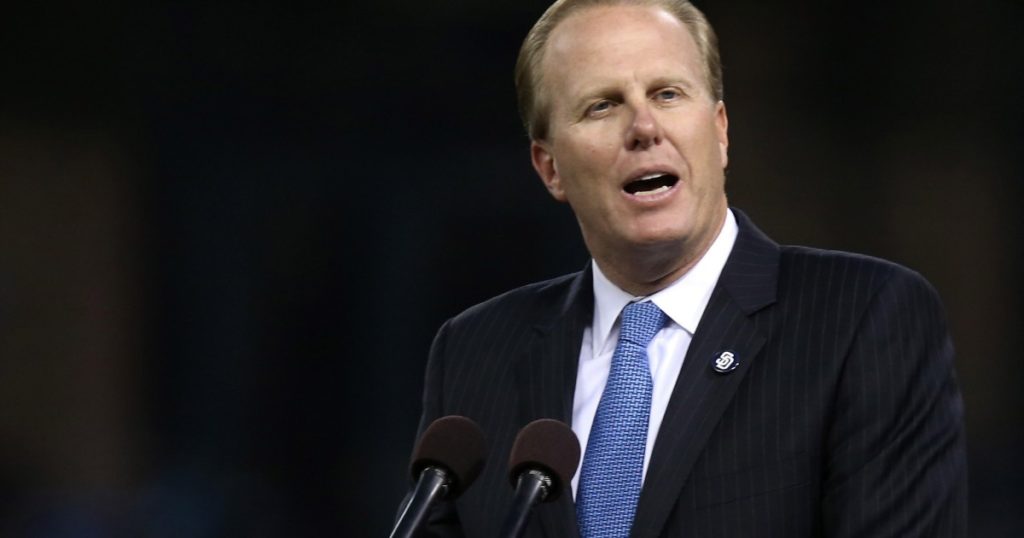 No Republican can be elected to statewide office in California, right? Everyone knows that. The tarnished GOP brand repels voters.

But that’s not quite as certain an axiom as it was before last month’s election.

Faulconer would not be a good bet for winning. This state is still deep blue. But he would be the most competitive Republican to run for governor since corporate executive Meg Whitman lost to popular Democrat Jerry Brown in 2010.

No Republican has won a statewide office in California since 2006. And Democrats hold supermajorities in both legislative chambers — enough votes to pass anything they unite behind.

“One-party rule has not served the state well in the last few years,” says Faulconer, who told me he’s “very seriously thinking about running” for governor — which essentially means he already is.

“It’s time for a competition of ideas, and we’re not getting that in California,” Faulconer says. “One party controls every single branch of [state] government. It’s failing Democrats, independents and Republicans.”

Faulconer is particularly critical of Newsom’s handling of the pandemic, including his new regional stay-at-home order to slow the rapid spread of COVID-19.

“For example,” the mayor says, “outdoor dining is shut down with no sign that it was contributing to the spread of the virus. Playgrounds for families and kids are shut down. But ski resorts are open. These orders are out of touch with everyday Californians.

“The school system being shut down is one of the biggest travesties from lack of leadership in Sacramento,” Faulconer continues.

“Our kids are falling behind. We have a two-tier system of inequality. Private schools are open, but public schools are closed. And that is unacceptable. It’s imperative that we safely reopen schools. Period.”

For a Republican to win major office in California, the mayor says, “you have to go out and win the public argument and debate. And then you can win the votes.”

“Californians have a very independent streak when it comes to propositions,” says Mark Baldassare, president and pollster of the nonpartisan Public Policy Institute of California. “Most Californians place themselves in the middle of the political spectrum.”

Republicans and business interests won the argument on Proposition 15, which would have substantially raised taxes on commercial property and significantly altered 1978’s sacrosanct Proposition 13.

“Every solution for any problem up in Sacramento, they want to raise taxes,” Faulconer asserts. “And Californians have come to their limit on that.”

Proposition 15 wasn’t proposed by Newsom or the Democratic Legislature. It was an initiative pushed mainly by a teachers union. But the governor and legislative leaders warmly embraced it.

I asked whether a Gov. Faulconer would ever raise taxes.

“No,” he replied without hesitation. “Absolutely.”

Republicans and Faulconer also won the argument on Proposition 22. It repealed a major part of a labor-backed bill enacted by the Legislature and governor to require many companies to reclassify independent contractors as employees. The ballot initiative allowed ride-hail and delivery drivers to keep working independently, a rebuke of Sacramento Democrats.

Another GOP victory was on Proposition 16, which would have repealed the ban on affirmative action in public universities, contracting or employment based on race, ethnicity or gender. The Legislature and Newsom placed Proposition 16 on the ballot, and voters rejected it overwhelmingly.

And to the Democrats’ surprise, Republicans won back four of the seven congressional seats they lost in 2018.

Democrat Joe Biden beat Trump in all four House districts that Republicans recaptured, according to the California Target Book, which handicaps congressional and legislative races.

Is the pendulum swinging back for California Republicans?

“It’s too early to draw conclusions,” says Target Book publisher Darry Sragow, a former Democratic consultant. “The notion that the Republican Party has turned the corner has yet to be proven.”

Trump lost by nearly 2 to 1 in California, but Faulconer voted for him. That could be a problem for the mayor in 2022.

Politically, however, Faulconer had no choice but to publicly reveal his Trump vote. If you’re going to run as a Republican for California governor, you must protect your right flank and guard against a staunch conservative winning the No. 2 spot in the open primary. Roughly 6 million Californians voted for Trump. And Faulconer needs them for his base support.

“I voted for the president,” Faulconer told me. “I thought he was going to be the best for the economy.”

Faulconer seems to be the only GOP politician with even a remote chance of beating Newsom. He’s a fiscal conservative and social moderate.

He supports abortion rights, same-sex marriage, California’s tough gun controls and a path to citizenship for immigrants in the country illegally. He opposes Trump’s border wall.

He’s a Republican who twice has been elected mayor in a Democratic city. And he has a strong record of fighting homelessness, which Newsom doesn’t have despite his rhetoric.

Does Faulconer have a prayer?

“He’s a credible candidate,” says Target Book editor Tony Quinn, a Republican political analyst. “But the sun and moon and stars would have to all be lined up correctly.”

It’s unlikely, but no longer impossible.