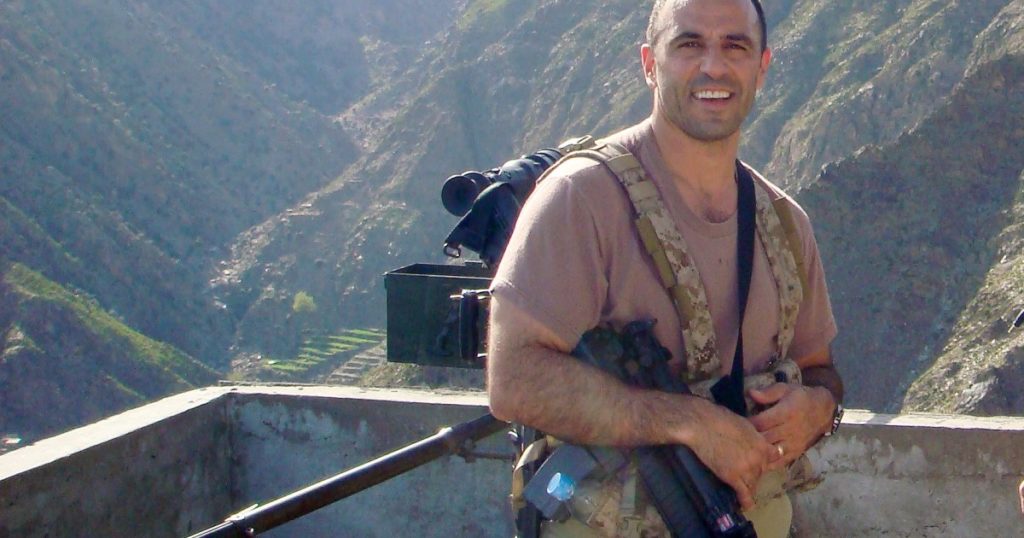 The former Navy intelligence officer remembers how the snarls of traffic, poor roads and crowds of pedestrians made airport access such a challenge during his tour of duty in 2007 and 2008, and again on trips back he took as a member of Congress.

Add to that the abrupt U.S. withdrawal from Afghanistan, Taliban checkpoints now dotting the airport road and thousands of desperate people — including many American citizens — rushing to Hamid Karzai International Airport to flee the country, and the Bronze Star recipient gets angry.

“Dammit, where are the contingency plans?” said Panetta, a Democratic congressman from Carmel.

How, he wonders, did the Biden administration not have a plan for the Taliban’s rapid takeover of Afghanistan, trapping tens of thousands of American citizens and Afghan allies, who helped the military and along with their families were promised sanctuary?

Panetta is now in a position to not only ask questions, but also expect answers.

He’s one of 34 members of Congress who served in Afghanistan and Iraq, including nine Democrats and 25 Republicans.

In the House last year, some of them formed the For Country caucus, a bipartisan congressional version of the Veterans of Foreign Wars, to work on legislation where they have common ground. Caucus members pledge to put their military bond above partisan politics by agreeing to not campaign against fellow members at election time.

The group feels a personal connection to Afghanistan and moral obligation to find out what went wrong in a conflict that took the lives of so many fellow troops. Despite disagreements over whether the U.S. should have left, so far there’s been broad bipartisan agreement in the caucus that the Biden administration’s withdrawal was deeply flawed.

“The fact is that we need to make sure that we hold this administration accountable to meet that first priority of leaving no American behind there, getting people out of there who we made promises to, but at the same time knowing that our reputation is on the line,” said Panetta, who spent the majority of his deployment in a bunker, tracking high-value Al Qaeda targets for U.S. special forces.

“It’s a personal issue because I served there,” he said. “But it’s also a very professional issue in my capacity as a representative.”

Several of the lawmakers who served in Afghanistan and Iraq say the Defense Department, State Department and White House ignored months of warnings that evacuations were taking too long, the visa application process was too onerous and many people would be left behind.

Lawmakers remain appalled by the administration’s response. The State Department gave all 435 representatives and 100 senators the same email address to contact for constituent help. Some lawmakers’ offices received hundreds of requests a day.

“These numbers have names and faces to us,” said Colorado Democratic Rep. Jason Crow, a former Army Ranger who served three tours in Iraq and Afghanistan from 2002-06 and received a Bronze Star for his actions in Iraq. “These are our friends. These are our allies. These are people that we fought with and worked with. We made promises.”

The veterans have watched in horror at the airport scenes: thousands of people trying to flee the country, an infant being boosted over the barbed wire into the hands of a Marine, young men and boys who clung to the side of an overburdened C-17 and fell to their deaths after takeoff.

Hawaii Democratic Rep. Kaiali‘i Kahele, who deployed to Afghanistan in 2005, said he sees himself in the Airmen loading people into the C-17s. Michigan Republican Rep. Peter Meijer, a former Army intelligence officer who focused on conflict analysis, empathizes with those trying to manage the crowds. Crow pictures himself in his old unit, the 82nd Airborne, which is assisting with the withdrawal.

“You don’t have to be a military strategist to recognize that when you pull the military out first, and then you leave your civilians, your contractors, your special immigrant visa applicants behind … it ends poorly,” said Rep. Mike Garcia (R-Santa Clarita), a former Navy pilot who made bombing runs in Iraq. “This wasn’t a lapse of intelligence. It wasn’t a lack of foresight. It was straight negligence.”

Historically, it’s rare that so many lawmakers now find themselves tasked with overseeing the end of a military conflict they personally fought in. Typically there is more distance between military and political careers. That’s a reflection of both the unprecedented length of the U.S. action in Afghanistan — 20 years — and both parties’ growing interest in putting forward young congressional candidates with military service.

David Gergen, who advised Presidents Nixon, Ford, Reagan and Clinton, predicted that the voices of these former troops in Congress will be amplified in the coming weeks, and integral to whatever investigations Congress conducts.

“Your pressure and your sort of moral suasion exceeds that of anybody else in this conversation, the national conversation, and that’s why it’s so important that you guys keep talking,” he told lawmakers at an event Friday.

Notably, Democrats in the caucus are not going easy on the president just because he’s the leader of their party.

“President Biden has and will own this personally, policy-wise and politically,” Panetta said. “It’s his administration, and it was his ultimate decision to make at this point.”

Vets in both parties also note that several past presidents — particularly Trump, who negotiated the withdrawal with the Taliban — bear responsibility for America’s longest war.

Questioning Obama’s decisions means also potentially questioning decisions made by Panetta’s father, Leon Panetta, who was Obama’s Defense secretary and CIA director. The former Obama official has criticized the pull out in recent days, comparing it to the Bay of Pigs in Cuba.

“We need to be unsparing and unrestrained,” Meijer said. “This is not just the botched withdrawal and the chaos that we’ve seen unfold. Really this puts a fine point on the entirety of our conflict in Afghanistan, and in many ways also wraps in some of the challenges we saw on the failures in our conflict in Iraq.”

Panetta said he isn’t worried that the coming oversight investigations and predictable partisan sniping will divide or fracture the caucus — because the shared military experience of serving on the ground left such an impression.

“I believe they feel the same way,” he said of his colleagues in the caucus. “That this isn’t a political issue. This is a policy issue. We need to get to the truth as to what happened so that hopefully, hopefully we can learn from these lessons.”