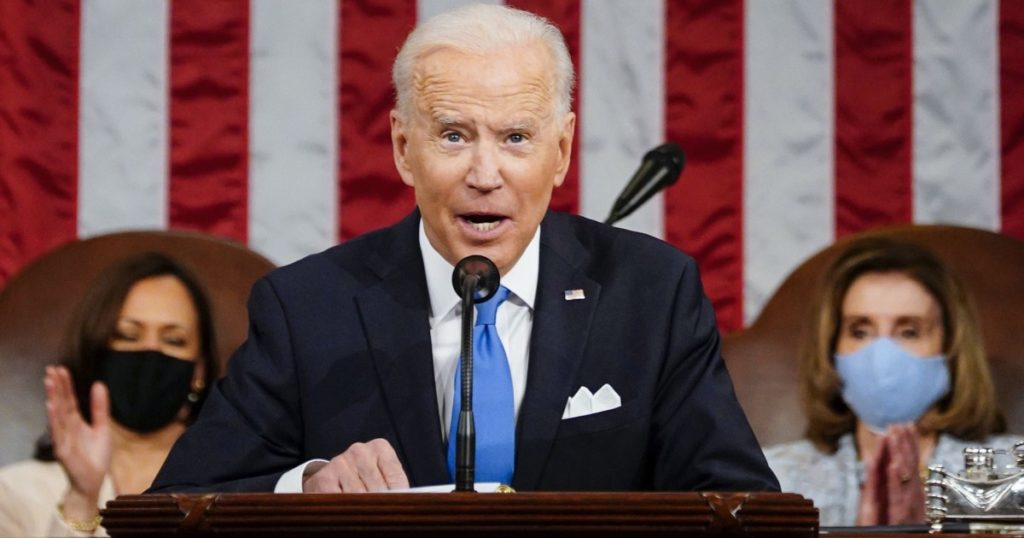 President Biden closed out his first 100 days urging a pandemic-fatigued nation to remain vigilant, but also underscoring how far it has come since he moved into the White House: lockdowns are lifting, the economic outlook is brightening, a big stimulus package put money in people’s pockets and created landmark improvements to the social safety net.

Now comes the most challenging part: using that honeymoon period as a springboard for the rest of a costly, contentious agenda that Biden vows would heal the nation and restore America’s place as a global leader. Many critics have deep reservations about those plans.

In his first address to a joint session of a masked and socially distant Congress on Wednesday, Biden laid out the course he will chart to overcome them.

Some takeaways from Biden’s 65-minute speech:

Biden was deliberate in his framing of a historically ambitious agenda that would vastly expand the role of government and rebalance who pays for it. His plans include free community college for all, universal prekindergarten, an expansion of the Affordable Care Act and 12 weeks of guaranteed paid family leave for all Americans. See the article : There’s no getting around William Barr’s dishonorable record. He promised his infrastructure blueprint would generate millions of jobs upgrading such things as transportation networks and water systems, and transitioning the nation to green energy.

The president’s pitch for all this spending — and tax hikes for the wealthy to cover the tab — was simple. The nation, he said, is at a crossroads, with democracy under unprecedented stress and its future uncertain. He said the prescription for fixing it is transformative change that pulls millions of Americans out from underneath mountains of debt, economic uncertainty and family strain. That New Deal-style approach has proven a tough sell in modern American politics, yet Biden invoked how Franklin D. Roosevelt guided the nation through an earlier time of deep anxiety.

“In another era when our democracy was tested, Franklin Roosevelt reminded us: In America: we do our part,” Biden said. “If we do, then we will meet the central challenge of the age by proving that democracy is durable and strong. The autocrats will not win the future.” 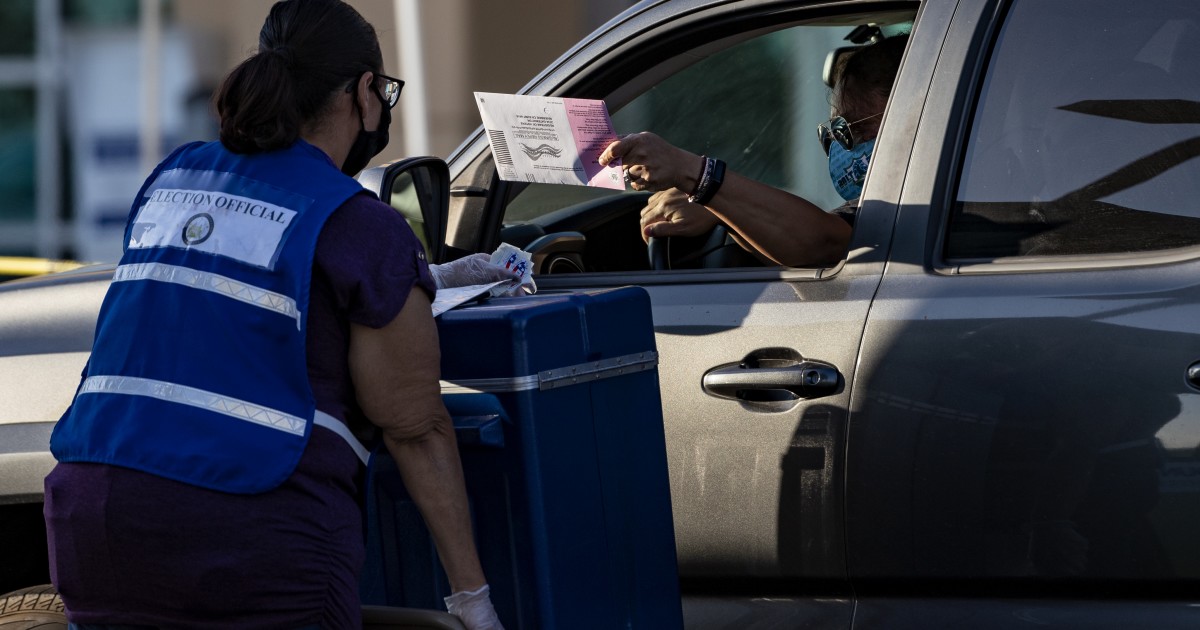 A new setting, a new tone

The optics of the night reflected how dramatically things have shifted in Washington. For the first time in history, standing behind the president on the dais were two women: Vice President Kamala Harris and House Speaker Nancy Pelosi. Their presence amplified the direction of diversity and inclusion Democrats are aiming to steer the nation toward.

The mask wearing and social distancing in the chamber muted the usual performative applause and audience shouting that has punctuated previous presidential addresses to Congress. Instead, the setting reflected the somber tone of the time, the resiliency of a pandemic the nation still struggles to overcome and a president whose approach to meeting the challenge is more technocratic than theatrical.

“One hundred days ago, America’s house was on fire,” Biden said as he began to tick off the moves his administration and Congress have made since then. “We had to act.” 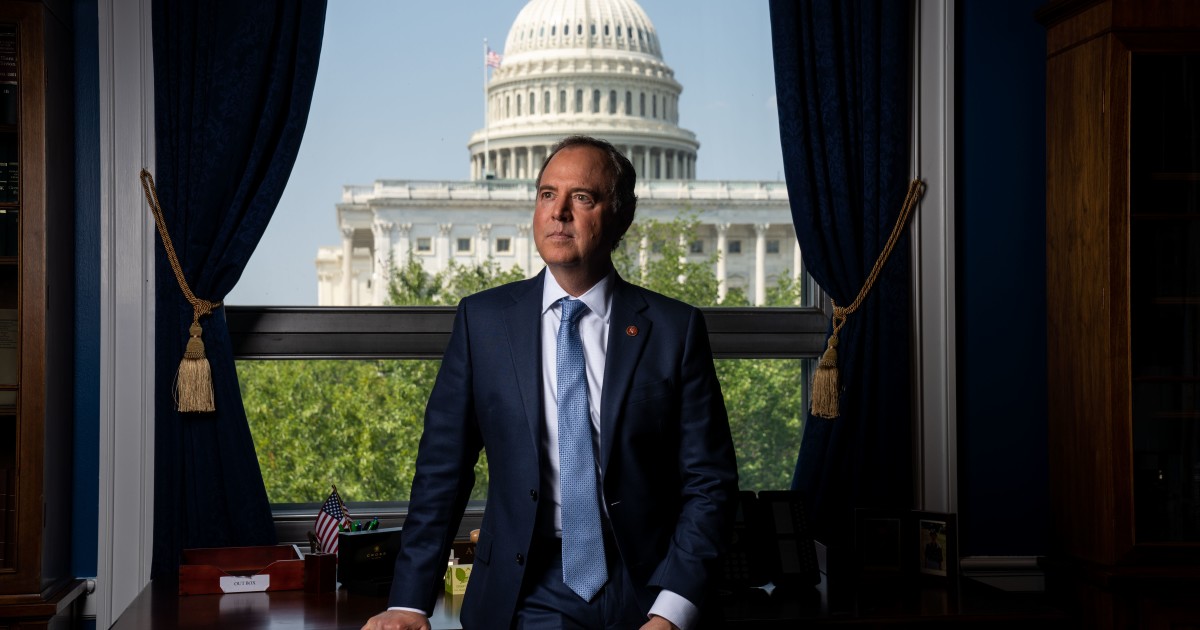 This may interest you :
After 9/11, Rep. Adam Schiff made homeland security his mission
The nation was under attack, and Rep. Adam B. Schiff had no…

Biden took the stage under fire from Republicans, who brand him as anything but the moderate he claims to be. Most of the initiatives Biden has pushed forward don’t have GOP buy-in, and congressional Democrats are moving with urgency on his agenda as they face the prospect of losing control of Congress in the midterms. This may interest you : Family, co-workers, old Facebook friends helped catch Capitol intruders. Republicans were unimpressed by some of the moves Biden made that annoyed the left, such as holding off on plans to lower the age of Medicare eligibility.

But the measures Biden is championing share one thing in common: They are broadly popular, and not just with Democrats. His administration is taking the approach that the opinions of voters matter more than the opinions of lawmakers, and that Biden’s agenda is not radical so long as it impresses voters across partisan lines. Whether the bipartisan appeal can withstand a sustained assault on the agenda by congressional Republicans remains to be seen.

Biden invoked the Jan. 6 insurrection in urging Republicans to work with him on his plans.

“Can our democracy deliver on the most pressing needs of our people?” he said. “America’s adversaries — the autocrats of the world — are betting it can’t. They believe we are too full of anger and division and rage. They look at the images of the mob that assaulted this Capitol as proof that the sun is setting on American democracy.”

“They are wrong,” Biden said. “We have to prove democracy still works. That our government still works — and can deliver for the people.” 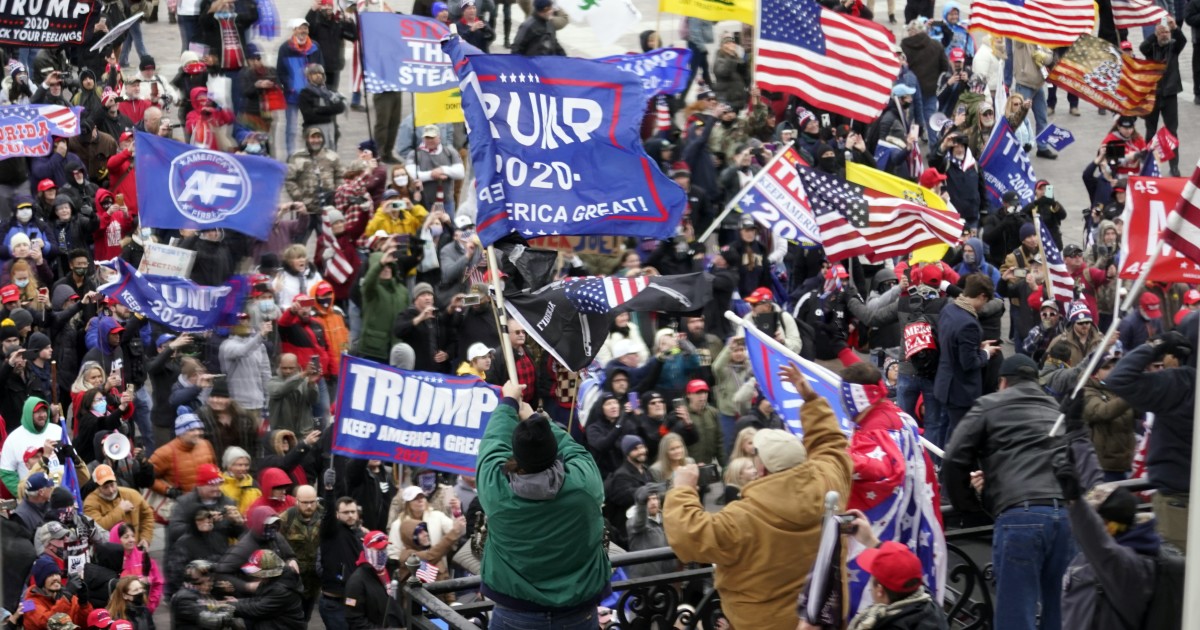 Read also :
Here are possible outcomes as Congress weighs punishing Trump
In the wake of the Capitol siege Wednesday, several scenarios are possible…

One of the most poignant moments of Biden’s early days in the White House was his address with Harris the evening a Minneapolis jury found a former police officer guilty of murdering George Floyd. Biden effectively channeled the outrage of millions of Americans at the country’s lack of progress in confronting racial injustice, and he forged a bond with the Floyd family.

On Wednesday, the president made clear that moment was not a one-off, and that he finds it unconscionable that a year has passed since Floyd’s death and still no major criminal justice reform package has been passed. Biden laid down a marker when his address turned to racial justice: Meaningful change in the criminal justice system will be a central theme of his tenure.

“We’ve all seen the knee of injustice on the necks of Black Americans,” Biden said. “Now is our opportunity to make some real progress…. The country supports this reform, and Congress should act. We have a giant opportunity to bend the arc of the moral universe toward justice. Real justice.”

Taking aim at the rich

Biden’s big plans don’t come cheap. And after the president already signed a $1.9-trillion stimulus and covid relief package in March, critics are saying the nation cannot afford another round of spending that large. Biden’s answer to that is clear: target wealthy tax dodgers. He made the case that there is more than enough in unpaid taxes sloshing around if the IRS were only empowered to go after it. But his plan to spend tens of billions of dollars bulking up IRS enforcement is certain to become a target for the GOP, which will look to tap into taxpayer antipathy toward the agency.

Biden is betting Democrats can make the case that this isn’t about the average taxpayer, but the millionaires and billionaires who are not paying their fair share. He also vowed to raise the tax rates of the richest Americans — a stark reversal from the approach taken by his predecessor, whose tax cuts overwhelmingly benefitted the the wealthy and corporations. Add it all up, and the money generated would go a long way toward paying for programs — like universal pre-K and paid family leave — that are popular wide a large cross-section of Americans.

Biden noted that 20 million Americans lost their jobs during the pandemic as 650 billionaires increased their wealth by $1 trillion.

“Trickle-down economics has never worked,” he said. “It’s time to grow the economy from the bottom up and middle out.”