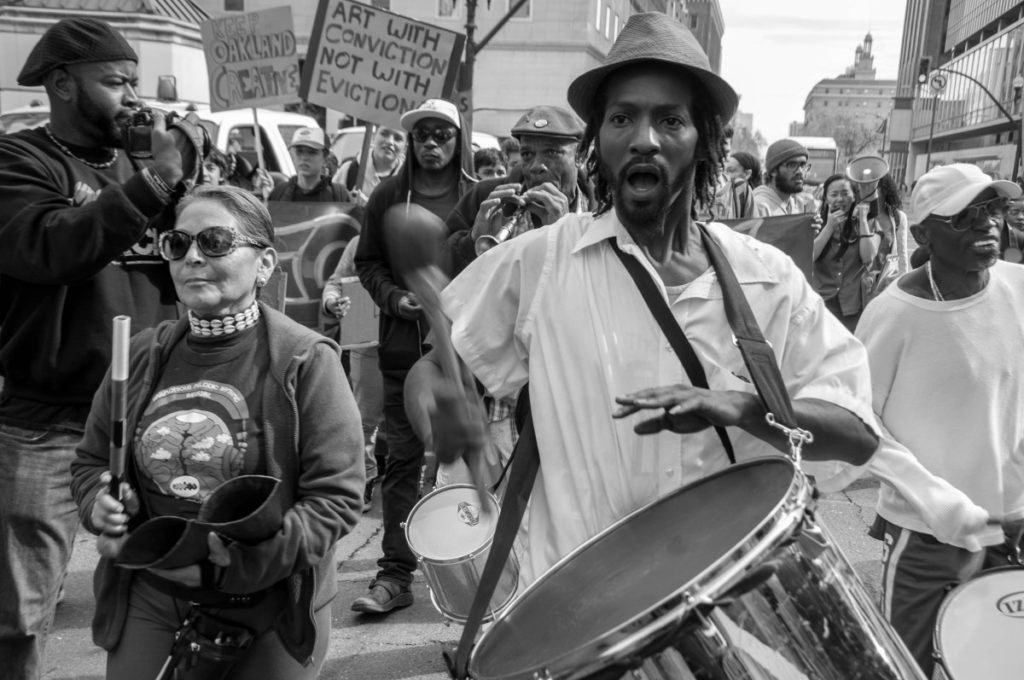 Alice Street, a film by Spencer Wilkinson, is the story of the people who created a mural at 14th and Alice in downtown Oakland. The effort brought together the Asian and African communities of Oakland to celebrate their cultures and beautify a wall that, for decades, was covered in a hodgepodge of graffiti.

The director used the fight to paint the mural–and to save it from the wrecking ball–as a metaphor to explore the history of Oakland’s Asian and African communities, now threatened with displacement as the city builds more and more high rises. The filmmaker shows how this mural was key to political negotiations that resulted in a “Community Benefits Agreements” with condo developers and the city that helped save Oakland’s artistic community and provided low-income housing and business space.

Alice Street is just one of 12 virtual screenings plus events available this week as part of the 7th Annual SF Urban Film Festival, which started February 14 and will continue through the 21st. “SF Urban Film Fest has always been a space to uplift the diverse voices of the city,” said Fay Darmawi, Founder and Executive Director of the SF Urban Film Fest. “In pursuing our mission in the new world presented by COVID-19, we are finding ways to keep the civic spark alive by meeting community members where they’re at. We’re asking our audience members this year: What can you find that’s always been there in yourself? How can you use it in a new way to be part of and make a more vibrant, equitable community? ”

Interested in buying tickets or passes? The festival organizers are using a sliding scale, under which viewers can “pay what you can model,” with a tickets scale from free to “$100 Passes that give access to the entire festival and also covers the cost of a community member who does not have the resources to pay.”

Check out the full list of films, workshops, and other events here.