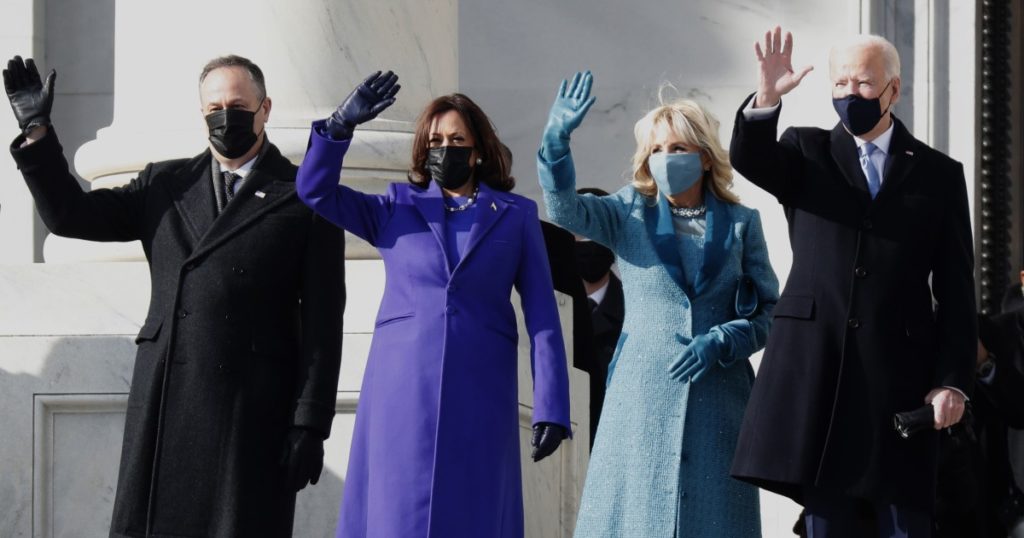 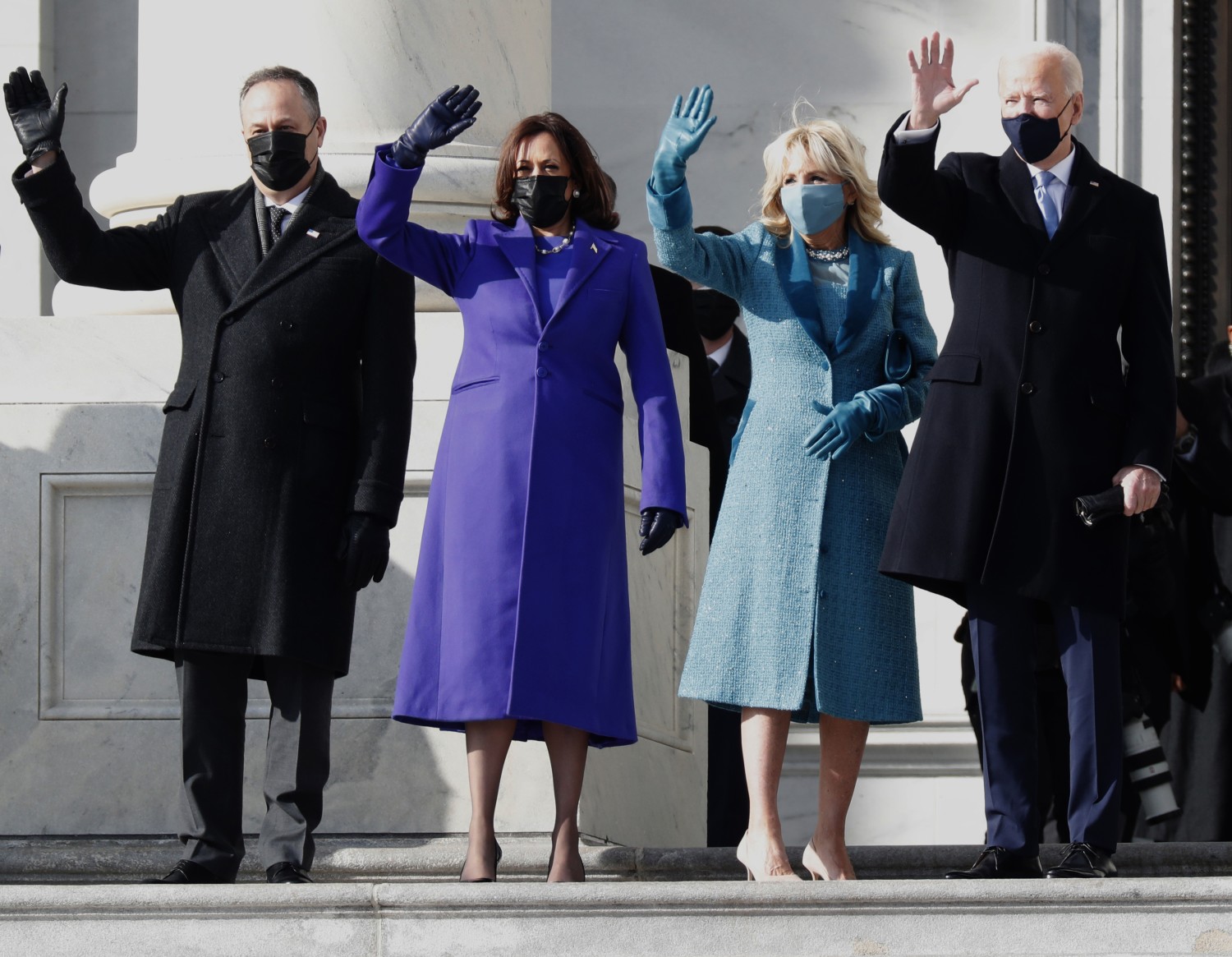 Style-wise, Inauguration Day 2021 was short on surprises and long on symbolism, both at the top of the ticket and among those who gathered in support of the new Biden administration on Wednesday on the steps of the Capitol.

Here’s a quick look at what was worn by the new president, first lady, vice president and second gentleman — and why it matters.

In the run-up to the big day, it had been rumored that the incoming commander in chief would be sworn in wearing a Ralph Lauren suit, a selection foreshadowed, perhaps, by his choice of a Ralph Lauren polo shirt (with a very visible outsized logo) to his COVID-19 vaccination this month.

And, indeed, he did again on Wednesday, opting for a Ralph Lauren navy blue suit, a navy blue mask (made from the same fabric as the suit), a necktie in a slightly lighter shade of blue and a navy blue overcoat. Read also : Reclusive Trump emerges as calls mount to concede to Biden. The first-ever second gentleman, Doug Emhoff, also went with Ralph Lauren, wearing what appeared to be a charcoal gray suit under a double-breasted overcoat.

Given the label’s long-term commitment to outfitting the U.S. Olympic team, the presence of Ralph Lauren at the Inauguration further underscores its reputation as the quintessential go-to American label, a role underscored further when you factor in the myriad other political moments — across the political spectrum — that the brand has been party to in recent years, including former Secretary of State Hillary Clinton’s 2016 Democratic Convention speech and former First Lady Melania Trump’s Inauguration Day 2017 sky blue cashmere coat. 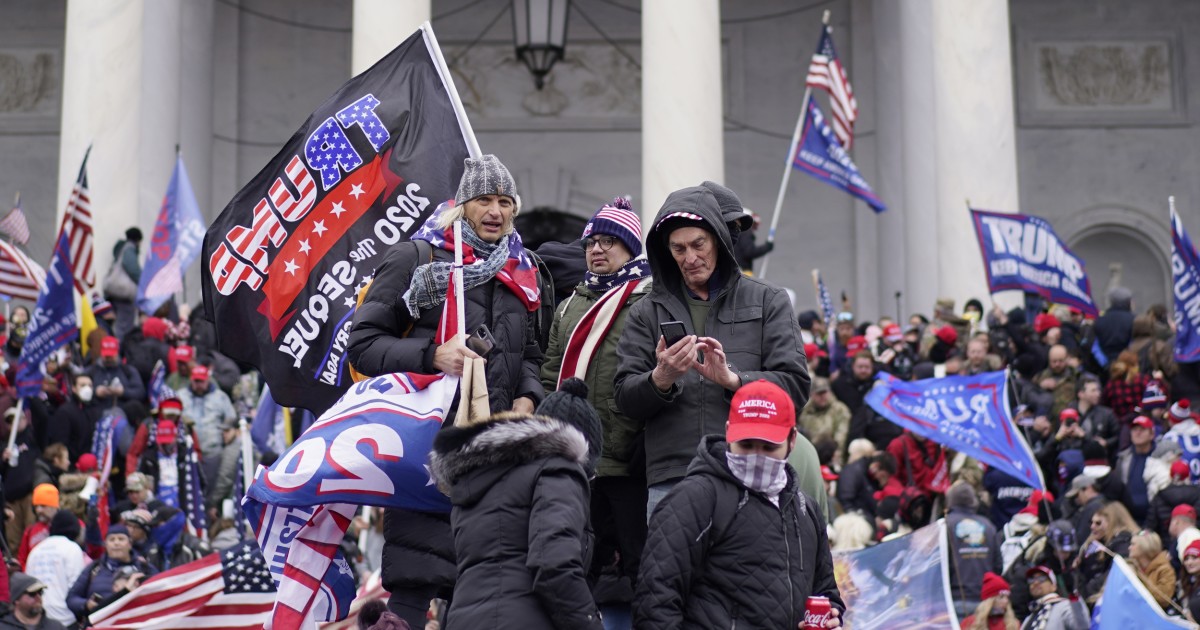 To see also :
How Twitter, Facebook are partly culpable for Trump DC riot
There is plenty of blame to go around for why a MAGA-outfitted…

First Lady Jill Biden brought her sartorial A-game to Inauguration Day — and symbolically championed a young American label at the same time — by sporting a tone-on-tone ensemble designed by Alexandra O’Neill, founder of the barely four-year-old New York-based label Markarian. The custom-designed look included an ocean blue wool tweed coat embellished with Swarovski crystals that caught the light and a matching dress with a chiffon bodice and scalloped skirt. The icing on the matchy-matchy cake? A silk face mask (also by Markarian) in the same shade of blue and a pair of matching gloves (provenance unknown). According to a press release issued by the designer, the color blue was chosen “to signify trust, confidence, and stability.”

By going with an emerging American-made label, Biden sent an unmistakable message that she was taking a page from the Michelle Obama playbook and plans to use her role as first lady to elevate and amplify the work of up-and-coming designers. By opting for a tonal look — and one that played off the color of her husband’s necktie to boot — she visually telegraphed a departure from the colorful chaos of the previous administration. Read also : U.S. rights record under Trump decried by Human Rights Watch. (For those of you in trend-spotting mode, the tonal thing turned out to be the big style story of the day.) 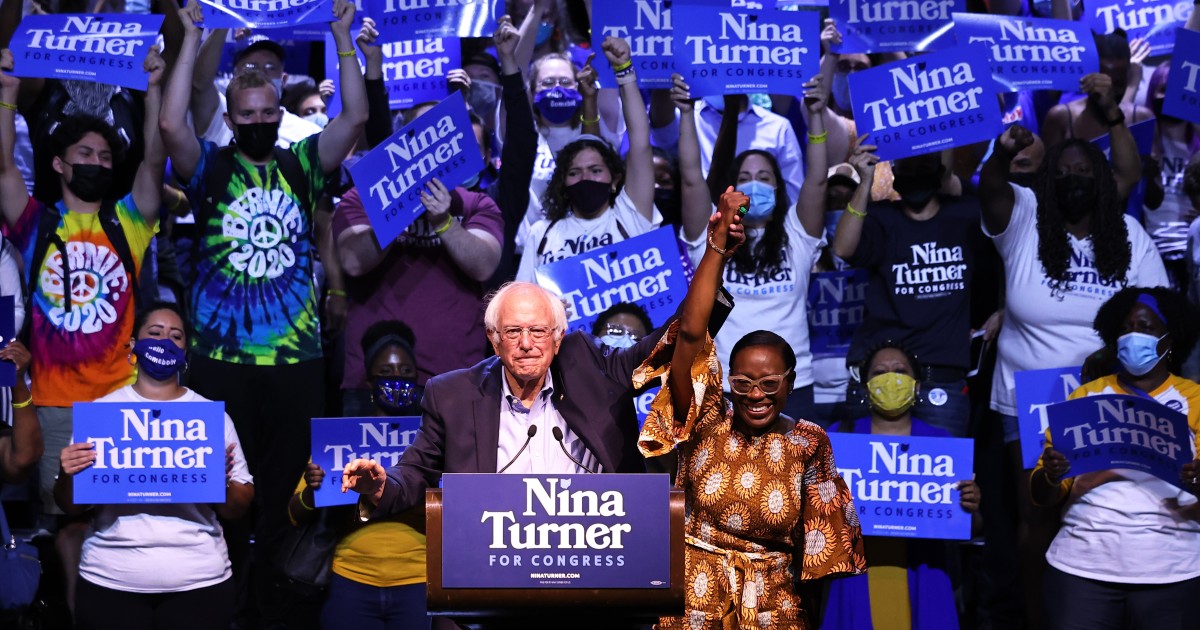 Biden was most assuredly not alone on the monochrome color train. Newly minted Vice President Kamala Harris opted for a single color palette for her history-making swearing in. In her case it was purple, one of the colors that featured prominently in her earlier campaign for the White House. According to CNN’s Abby Phillip, the color was a nod to the trail-blazing Shirley Chisholm, the first Black woman elected to U.S. Congress who ran for president in 1972, but it can also be seen as a symbolic uniting of red and blue — as in the red state and blue state divisions that have characterized the country for the last four years.

While the decision behind the color-choice might not be clear, the choice of designers was crystal clear. By choosing to wear New York-based designer Christopher John Rogers, a young Black designer from Baton Rouge, La., the vice president has signaled that she plans to leverage her elevated profile on the world stage to champion designers of color. (For Tuesday night’s Inauguration week event, she wore a Pyer Moss overcoat by Black designer Kerby Jean-Raymond.) Rogers, who took home the Council of Fashion Designers of America’s Emerging Designer Award last year, followed up that honor by creating the bright purple ensemble Harris wore to her swearing-in (accented, in case you were wondering, with an American flag lapel pin by David Yurman).

Also part of the purple-people parade (and firmly in lockstep with the tone-on-tone outfits elsewhere in the Inauguration crowd) were former First Lady Michelle Obama — wearing a plum-colored suit by the Los Angeles-based designer Sergio Hudson — and Clinton in a vibrant purple Ralph Lauren pantsuit with an eye-catching neck ruffle. Layered under a black overcoat, it was a color combination that evoked the outfit Clinton she wore when delivering her November 2016 concession speech.

In a photo taken on their way into the Capitol in advance of the ceremony, the tone-on-tone ensembles of the women, the traditional suiting of the men and the way the new first lady’s color palette keyed subtly into the shade of her husband’s necktie, the message seemed clear: Unity, stability, consistency and forethought are front and center, and young, emerging fashion designers have not one but two new friends in the White House. Read also : ‘I’ll never concede’: Trump speech incites mob. 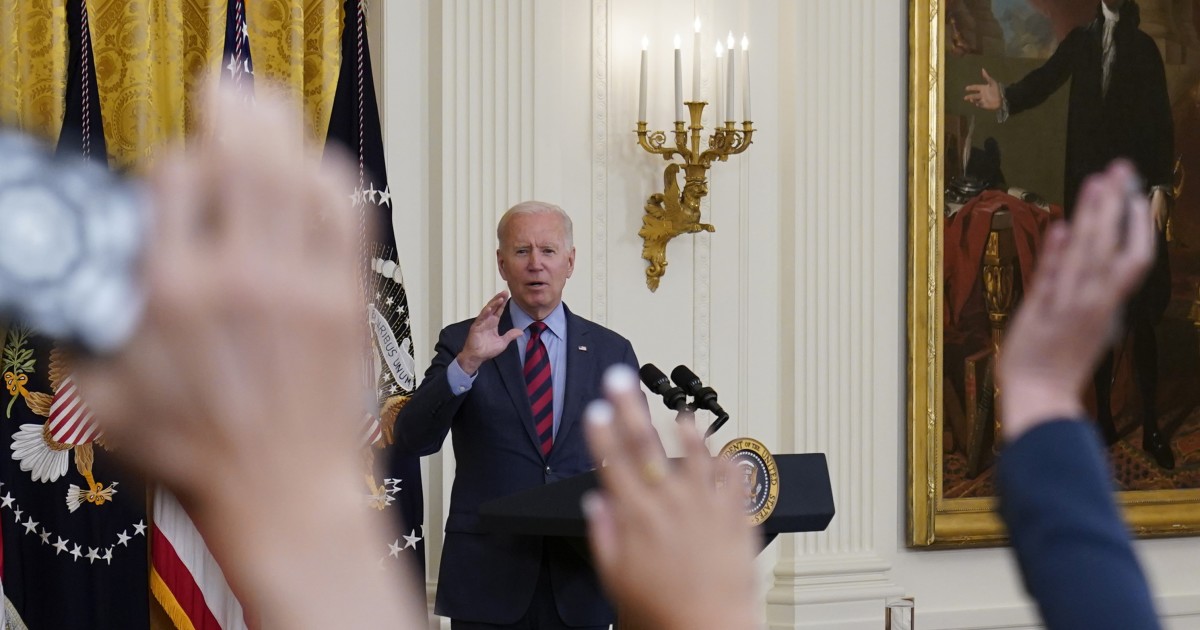 This may interest you :
Biden announces a new temporary eviction moratorium
WASHINGTON — The Biden administration on Tuesday announced a new two-month federal moratorium on…