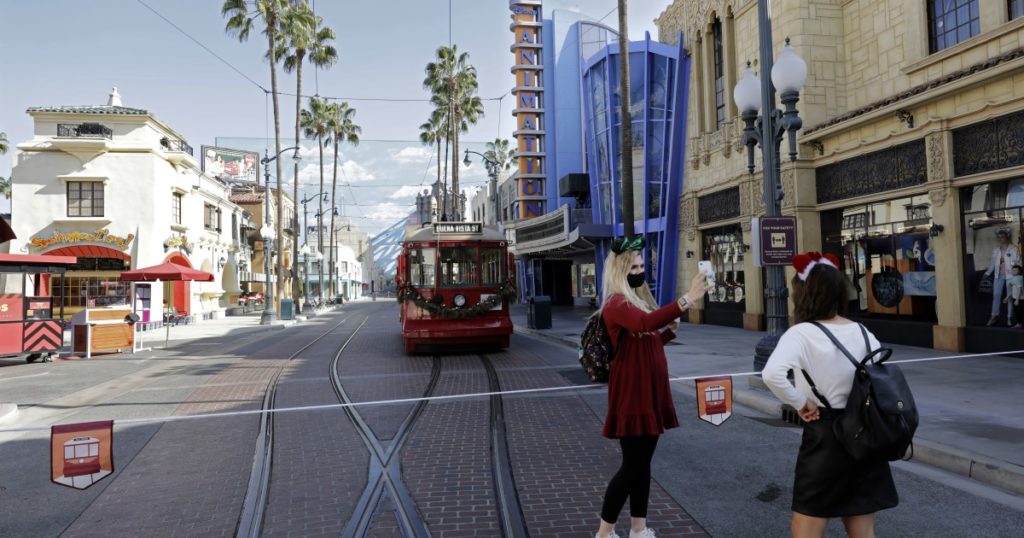 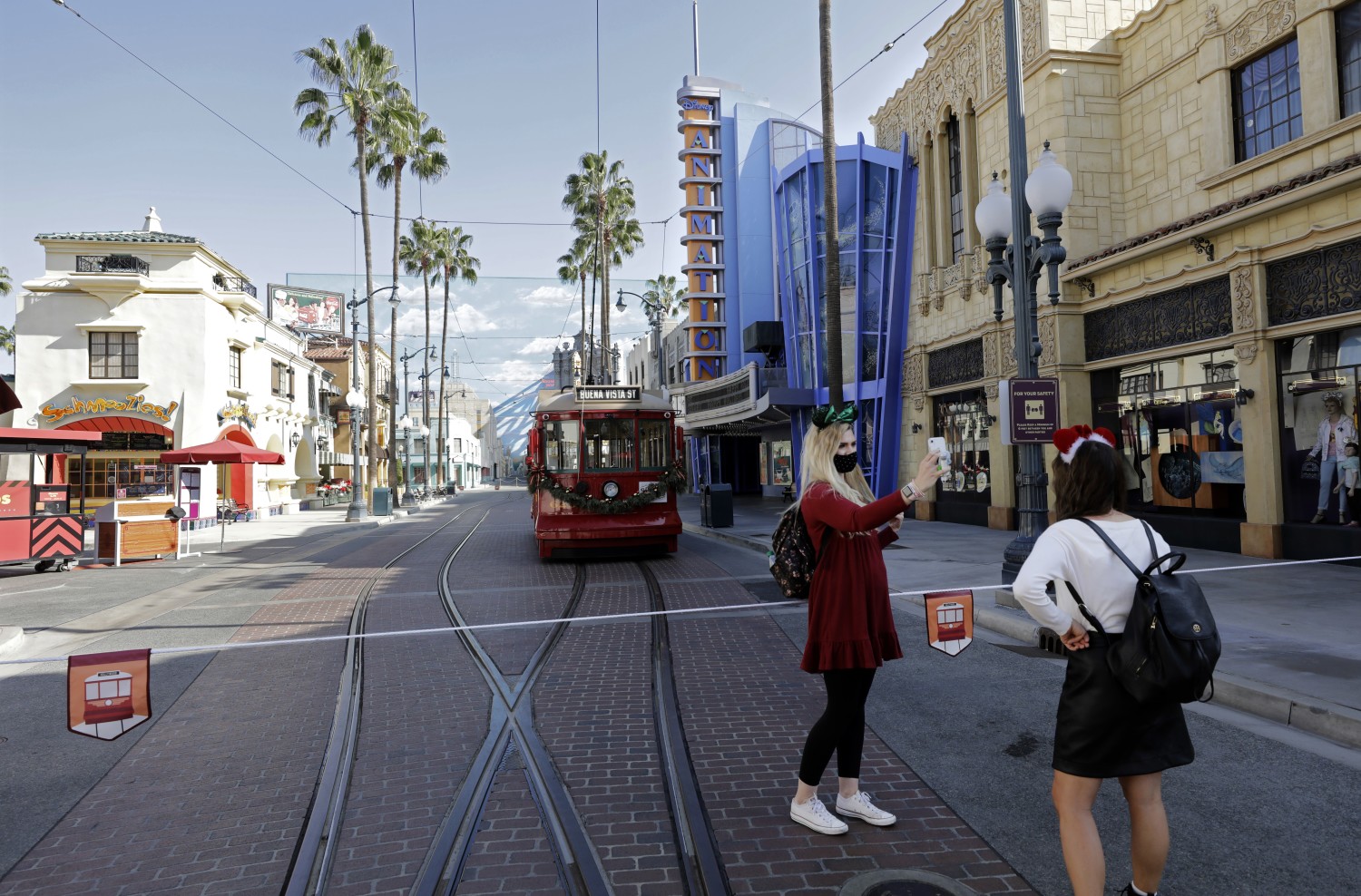 The U.S. and California economies will experience near-record growth this year thanks to widespread vaccinations for COVID-19 and massive federal relief for struggling workers and businesses, UCLA forecasters predict.

“A waning pandemic combined with fiscal relief means a strong year of growth in 2021 — one of the strongest years of growth in the last 60 years — followed by sustained higher growth rates in 2022 and 2023,” according to the quarterly economic outlook released Wednesday.

California, buoyed by high-earning technology and professional sectors that shifted to at-home work during the pandemic, will recover somewhat faster than the U.S., even though a full rebound in the tourist-dependent leisure and hospitality businesses will lag.

“This is a very ‘good news’ forecast,” said Leo Feler, senior economist of the forecasting group based at UCLA’s Anderson School of Management. “We have finally turned the corner.”

In early December, the forecast had predicted “the ‘20s will be roaring” after the COVID-19 pandemic caused the sharpest decline in economic growth in more than half a century. Now “the roar is definitely getting louder,” Feler said, estimating that gross domestic product, which shrank by a devastating 3.5% in 2020, will grow 6.3% this year, 4.6% in 2022 and 2.7% in 2023.

The growth is far faster than it was after the 2009 recession. But payrolls won’t fully recover in the near future, according to the forecast, given the severity of the downturn and the exodus of many workers from the labor force.

“Following a euphoric resumption of social activity, our economy will stabilize to a different post-pandemic baseline than would have been the case had the pandemic never occurred,” the economists wrote.

The U.S. is still down 9.2 million jobs after losing 22 million jobs in March and April of last year, Feler said. By the end of 2023, the nation will be short 5 million jobs from “where we would have been without the pandemic,” he added.

“There are people who aren’t going to come back in the labor market, who were close to retirement, lost jobs, and are going to have a hard time getting rehired.”

President Biden is expected to sign a $1.9-trillion economic relief package this week, targeting benefits to lower-wage earners, expanding loans for small businesses and sending millions of dollars to state and local governments to reopen schools and boost vaccinations.

About 32 million Americans have been fully vaccinated and 61 million have received at least one dose, although the risk of another virus surge due to dangerous variants or relaxed safety precautions remains.

California has suffered a higher unemployment rate than the nation in part because of stringent pandemic restrictions that shut businesses and schools. In the last quarter of 2020, the state’s jobless rate was 8.4% compared with 6.7% nationwide.

California jobs will grow by 3.1% and 2.3% the following years, according to the forecast.

“The state’s technology and logistics sectors, two sectors expected to lead the recovery, are proportionately larger than the U.S. average,” Nickelsburg said, adding that state government revenues are healthy, construction is reviving and cargo is pouring into California ports.

According to the forecast, California migration data do not support anecdotal reports of a pandemic-related population exodus from the state.

In the San Francisco Bay Area, rental rates have plummeted as lower-wage workers and students move out temporarily because of pandemic-related closures. Tech employees who can work from home are moving to the suburbs, where they can find more spacious quarters and avoid a commute.

“Tech has not been in free fall,” Nickelsburg writes. “Indeed, its profitability has grown, and tech equities are the star performers…. A generation of talented Zs … are waiting to take their place inside the Bay.”

In California, the leisure and hospitality sector, which suffered a catastrophic decline due to the halt in tourism and business travel, will nonetheless grow faster this year than any other sector, with a 10% gain as restaurants and theme parks begin to reopen, according to the forecast.

Jobs in transportation, warehousing and utilities will rise by 5.8% as consumers continue online shopping. Construction is expected to increase by 4% as homebuilding remains robust.

Bank of the West economist Scott Anderson predicts “the best multi-year period for U.S. economic growth since the late 1990s dot-com boom,” but he is somewhat less optimistic about California than the UCLA economists.

“I see more potential for lingering problems from outmigration, poor housing affordability and an inability to quickly ramp up the state’s residential construction this year,” he said.

Anderson predicts California unemployment will average 7.2% this year, dropping to 5.8% and 5.2% in subsequent years.

Nationwide, economic growth will be driven in part by a boom in consumption as workers who have profited from a skyrocketing stock market, federal tax cuts and swelling savings are no longer confined at home.

Americans who have maintained their earnings but been unable to travel, eat out or obtain non-urgent medical procedures “have accumulated $1.8 trillion in additional savings above pre-pandemic trends since March 2020,” Feler said.

That estimate includes money from December’s $908-billion fiscal aid legislation, but not from the current $1.9-trillion package. The UCLA economists expect a substantial portion of those savings to be released into the economy over the course of 2021 and 2022.

As spending on services ramps up, the first sector to recover will be healthcare, surpassing its 2019 peak by the end of next year, Feler predicts. “Everyone talks about taking vacations, going to restaurants and bars,” he said. “But first it’s: ‘Let’s go get our teeth cleaned.’”

Much of the pent-up savings were accumulated by high earners who have been able to work from home — which has sharpened California’s long-standing inequality.

On the one hand, the wages of tech workers and other educated professionals have remained stable or risen even as these employees accumulated savings during the pandemic.

And among low-wage workers who were laid off, many were able to earn as much or more than they did before losing their jobs, thanks to $1,200 relief checks issued last year, and hundreds of dollars in weekly federal unemployment benefit supplements.

On the other hand, California has an estimated 1.7 million undocumented workers, or about 1 in 10 workers. Many of them work in the most severely affected businesses such as restaurants, hotels, janitorial, domestic and caregiving services.

“They did not have access to the same kind of fiscal relief or unemployment insurance,” Feler said.