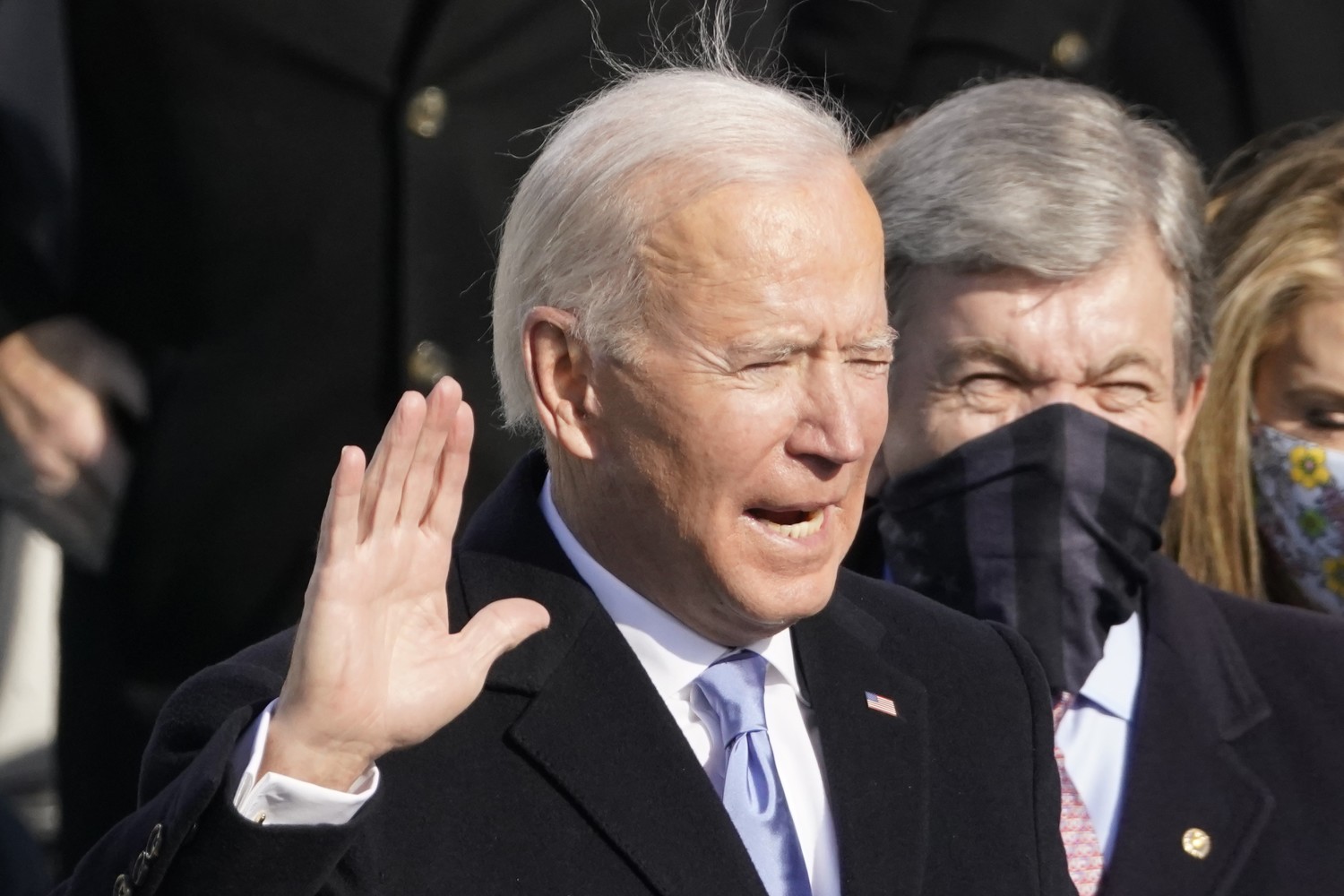 After years of being labeled long-winded and loquacious, Joe Biden cut through the wreckage, quieted the cacophony and calmed the chaos, conveying the strength and endurance of the American message in just 21 minutes.

Twenty-one minutes. After months of the bitterest, most logistically and spiritually challenged election in modern history, after weeks of mendacious and cynical challenges to democracy and the very nature of truth, after days of anguish and fury caused when the inevitable outcome of that bitterness and mendacity rose in a deadly wave to literally attack the democratic process, it took newly inaugurated President Biden just 21 minutes to remind us of who we are.

People. We are people. Who may differ in many significant ways, but who all share the need to be spoken to with respect, to have our pain and our strength acknowledged, our value and ability affirmed.

Necessity pared the traditional pomp and parade of Wednesday’s presidential inauguration to the essentials. But, as it turns out, the essentials were exactly what we needed, at least from Biden. Vice President Kamala Harris made history, Lady Gaga sent our anthem flying, young poet Amanda Gorman amazed the world, but the 46th president — a man who has lived a life of public service — was there, it seemed, for the sole purpose of speaking directly to us.

Each one of us, whether we were among those who had been counting down the hours to his inauguration or not.

Deprived of the crowds that normally energize inaugural addresses and demand the kind of oratory that’s built around applause, Biden used the moment to create a sustained sense of intimacy, a heart-to-heart talk unusual among presidential speeches and unprecedented at an inauguration. Like many of his predecessors, he called us his “fellow Americans,” but he also addressed us as “friends,” as “folks,” quietly yet insistently closing the gap between lectern and living room with a tone both authoritative and humble.

He came to us not as a commander-in-chief who had won a great victory with vows to personally deliver change, but as a man who had just taken an oath to serve — to serve this country, its constitution and its citizens.

And while he will do all he can to lead us forward rather than back, he said, real change requires our help.

Biden quoted Abraham Lincoln, St. Augustine and his own mother, referenced the Rev. Martin Luther King Jr., those who have fallen defending our country and his own father, who once lay awake at night worrying about making ends meet. Harnessing the power of pianissimo and forte, he named the welter of concerns pressing upon us — the COVID-19 pandemic, economic insecurity, racial injustice, political division, climate change — with simple sentences that acknowledged the urgency of these challenges while radiating confidence in our ability to overcome them.

Not his ability; our ability. He did not sugarcoat. “We need all our strength to persevere through this dark winter,” he said. “We’re entering what may be the toughest and deadliest period of the virus.” Nor did he vacillate: “We must reject the culture in which facts themselves are manipulated and even manufactured.”

And of the “riotous mob” that recently “thought they could use violence to silence the will of the people, to stop the work of our democracy,” he said simply: “It did not happen. It will never happen. Not today, not tomorrow, not ever. Not ever.”

But he wasn’t trying to rile us up or, for that matter, calm us down; his words were there to make things right-sized. Which is not at all the same as small or easily managed. We face all sorts of problems in this country — internal and external, new and frightening, old and festering. Separately and together, they can seem overwhelming; stranded in the isolation of the pandemic, Americans can feel cut off from one another and the institutions that purport to serve us. We can believe ourselves to be, often quite righteously, forgotten, alienated and ignored.

And, as Biden’s address made clear, if we do not acknowledge these obstacles and those fears, if we pretend they do not exist or are less problematic than they seem, we will just make matters worse. We need to name the problems, all the problems, before we can find the solutions.

In his first speech as president of the United States, Biden laid out the many issues his administration will address but, as he said in many forms many times, his first order of business is bringing Americans back together. Not by force or sweeping rhetoric, but by facing the facts.

One of which is that we will get nowhere if we don’t face those facts together.

Still, we are people, and many people are reluctant to go where they fear they are not wanted, to join a group from which they feel excluded.

So in what may be considered among the most important presidential speeches in this country’s history, Biden extended what amounted to a personal invitation from the president. He came into our homes for 21 minutes to ask every American to leave his or her corner and bubble, his or her color-coded sides with their competing mythologies, and come back to our shared reality. To the glorious, seething, always flawed but occasionally fabulous reality of raised voices and steadfast convictions, of arguments and agreements, dark sins and shining examples. A reality of sharp elbows and linked arms that will lead us in a now-stumbling, now-steady step toward a more perfect union.

Twenty-one minutes that, if people were listening, really listening, could change the world.