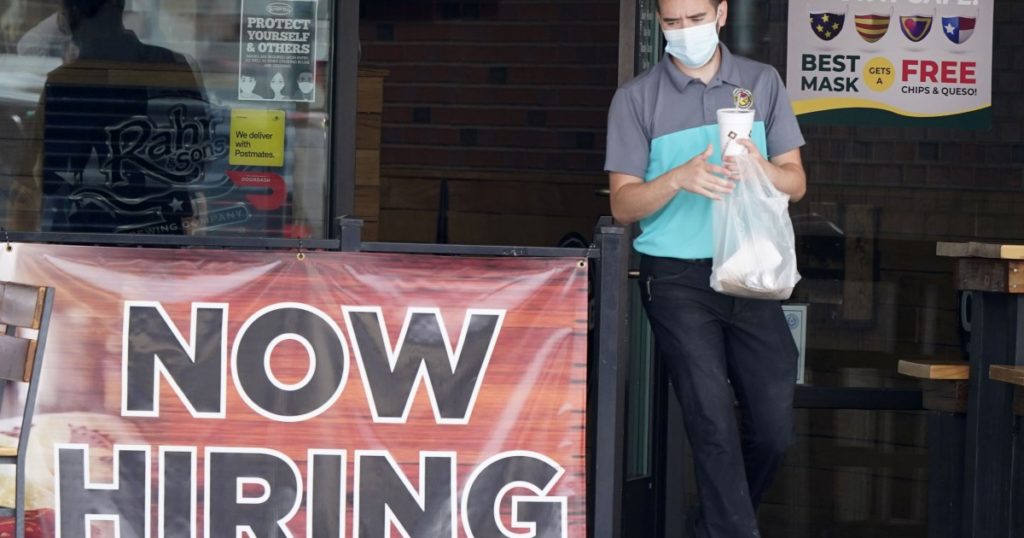 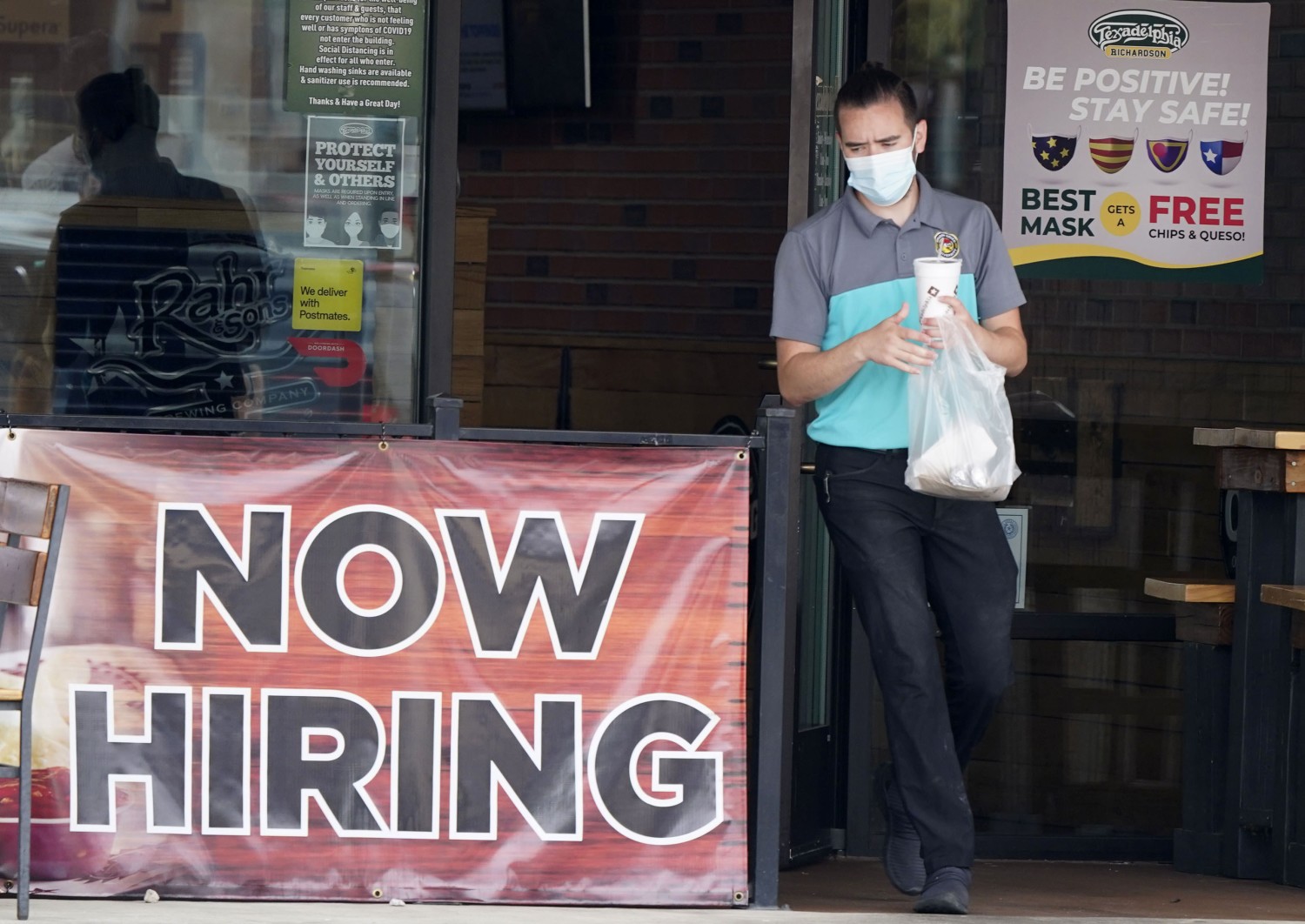 The surging COVID-19 pandemic is taking a bigger and more worrisome toll on the economy than expected, with employment falling last month for the first time since April and fears growing that a slower and tougher recovery lies ahead.

Instead of adding a modest number of jobs in December as most analysts predicted, employers shed 140,000 workers from their payrolls in December, the government said Friday in its monthly employment report.

“Today’s report shows the U.S. economy is flirting with disaster,” said Josh Lipsky, an economics expert at the Atlantic Council think tank. “The extraordinary relief measures taken to date — including the stimulus package passed last month — have failed to keep pace with the virus.”

On Friday, President-elect Joe Biden also warned again of darker days ahead. He reiterated that the latest aid package Congress passed just before Christmas was a “down payment” on what was needed going forward, and said he would detail the next relief measure next week, including a proposal to bring the $600 payment just approved for most Americans up to $2,000.

Biden said additional funds also were needed to address the slow and bumpy rollout of COVID-19 vaccines, which he described as a “travesty,” as well as to reopen schools and to help mitigate the uneven pain caused by the pandemic. The disparities in the economic impact among Americans was clearly seen in the jobs report.

While the nation’s overall unemployment rate held at 6.7% last month, jobless figures jumped for women, Latinos, teenagers and those least-educated. Millions of former workers have given up looking for jobs during the pandemic, government data show.

That reflects the skewed nature of COVID-19’s impact in economic as well as medical terms. While lower-wage service workers have been laid off by the millions, many college graduates and professionals have seen little change and have even thrived financially.

With more financial resources to begin with and greater access to high-quality healthcare, many of these workers have been able to hold onto their jobs by working remotely. They have also been better positioned to adopt protective measures against the virus than construction and service workers, who could not do their jobs without contact with others.

Friday’s report said about 24% of employees worked remotely last month due to the pandemic, a slight increase from November. Solid job gains were posted in computer systems, technical and management services firms. Retailers and manufacturers also added workers, as did employers stocking and delivering online purchases of goods.

But as happened last spring, when the first coronavirus wave triggered an unprecedented collapse in the labor market, the biggest blow in December fell on restaurants, bars and entertainment services such as amusement parks and casinos. In all, the leisure and hospitality sector lost a half-million jobs, and is now down 3.9 million employees compared with February — accounting for 40% of the employment hole.

“It’s ugly, nobody here wants to go out to eat,” said Adam Orman, a restaurateur in Austin, Texas, whose business has survived in good part thanks to city contracts serving meals to schoolchildren and others in need.

But budget-strapped state and county governments are now cutting back — not just their own payrolls but outside services and investments as well. State governments shed 20,000 education-related jobs last month, and counties slashed 32,000 positions, almost all of them outside of schools.

“The situation continues to worsen,” said Teryn Zmuda, chief economist at the National Assn. of Counties.

The recent passage of the $900 billion pandemic relief package for workers and businesses — and the prospect of additional federal spending after Democrats captured control of Congress with their two Senate victories in Georgia this week — have buoyed stocks as well as the hopes of Zmuda and many others seeking federal help.

Most economists and other experts, including those at the Federal Reserve, expect the economy to pick up speed around the middle of the year. Their thinking is that by then the coronavirus infection wave will have passed and widespread vaccinations will induce many more people to go out again.

Now, those hopeful predictions are a little more in doubt. Friday’s disappointing report — combined with the rapid spread of infections and hospitalizations, and vaccine distribution problems — prompted some economists to warn that the grim conditions could stretch into the spring and perhaps beyond.

“Despite the beginning of the vaccination program, the next few months are likely to bring more of the same,” said Sophia Koropeckyj, a labor economist at Moody’s Analytics, “as the pandemic continues to rage, the winter months keep people indoors, and restrictions on people-facing activities remain in place.”

The economy lost 22 million jobs in March and April of last year and had recovered 12 million of them through November. Now many of those workers are at risk of losing jobs again, and businesses may delay recalling and hiring new employees.

That could exacerbate America’s already high level of economic disparity. In December, unemployment rates for Latino and Black workers were 9.3% and 9.9%, respectively, compared with 6% for whites and 5.9% for Asians. The jobless rate for college graduates dropped to 3.8%; it rose to 9.8% for workers with less than a high school education.

“We know this [recession] is very highly concentrated for people who are most disadvantaged to begin with,” said Erica Groshen, a Cornell University economist and former head of the Bureau of Labor Statistics, which generates the monthly jobs data.

The December report “makes me more worried about the recessionary dynamic taking hold,” she said. “There is a very real possibility we’ll have a very long, slow slog” in the labor market recovery.

Biden and Vice President-elect Kamala Harris, in announcing the rest of their economic team on Friday, made plain that they will be focusing on such gaps as well as the needs of small businesses.

“We also know that right now, the dignity of an honest day’s work, and the financial stability of a steady income — are out of reach for millions of Americans,” Harris said, adding, “The December jobs report makes that very clear.”

They would join, among others, former Federal Reserve Chair Janet L. Yellen, Biden’s pick for Treasury secretary who also has been a proponent for building an economy that is more equitable.