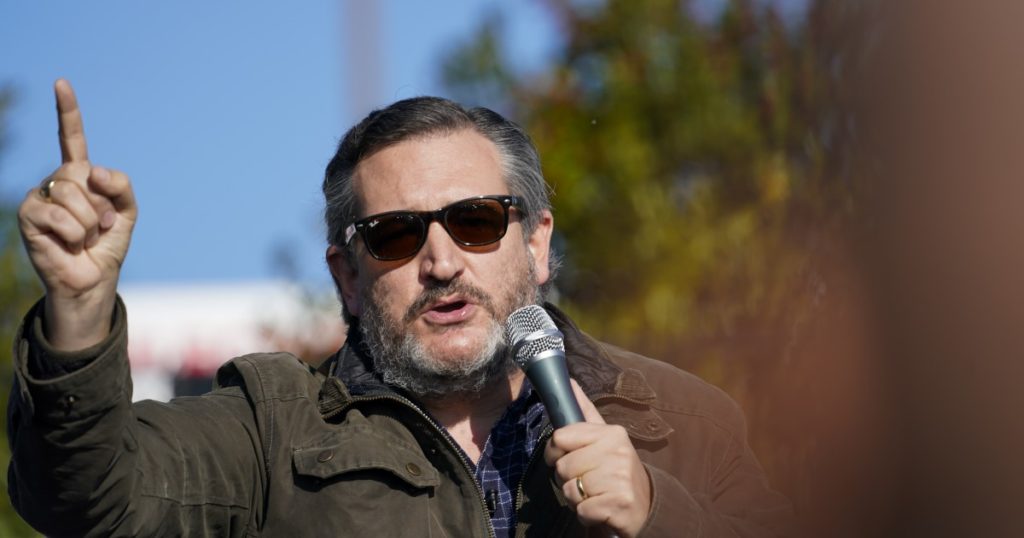 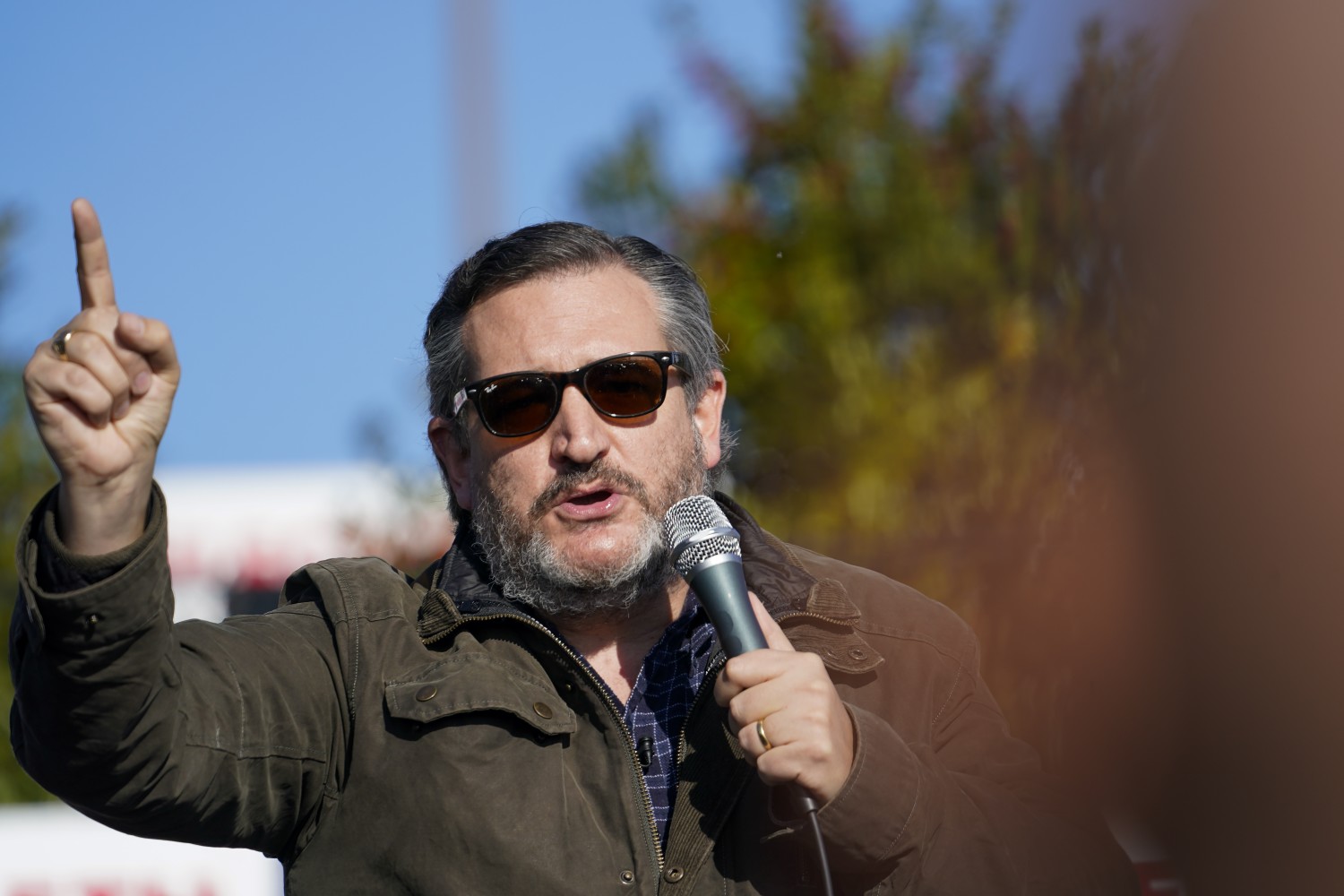 Nearly a dozen Republican senators signaled Saturday that they will challenge the electoral college results next week, a last measure of their full devotion to a defeated president that has frustrated Senate GOP leaders and exacerbated concerns about the health of American democracy.

Eleven current and soon-to-be lawmakers — almost a quarter of the incoming Senate GOP conference — plan to vote Wednesday against certifying the results from swing states that propelled President-elect Joe Biden to victory.

In the weeks since his defeat, President Trump has led a baseless campaign claiming he was the victim of fraud in those states and has successfully pressured congressional allies to challenge the results. The effort was joined Saturday by Sens. Ted. Cruz (R-Texas) and John Kennedy (R-La.), days after Sen. Josh Hawley (R-Mo.) became the first in the chamber to say he would object to Biden’s 306-232 electoral college tally.

Notably, the Republican senators from Georgia, David Perdue and Kelly Loeffler, opted not to sign the letter on the eve of their runoff elections Tuesday that will determine which party controls the Senate. Trump, who traditionally has demanded demonstrations of loyalty in exchange for his political patronage, is scheduled Monday to rally support for them in Dalton, Ga.

Dozens of House Republicans are expected to lodge a similar protest, forcing hours of debate over election results that have been certified by state governments and survived repeated court challenges by Trump and his allies.

Because Democrats control the House and a majority of GOP senators is expected to join Democratic counterparts in certifying Biden’s win, the challenge faces little chance of success. But it will coincide Wednesday with a planned gathering of Trump supporters in the nation’s capital that sets up another fraught national moment less than two weeks before Biden will be sworn in as the nation’s 46th president.

Rep. Louie Gohmert (R-Texas), the lawmaker spearheading the challenge in the House, suggested in an interview Friday night that the courts’ sweeping rejection of pro-Trump election challenges has left supporters “no remedy … in effect, the ruling would be that you gotta go the streets and be as violent as antifa and BLM.”

In a letter explaining their plan, the Republican senators — three are up for reelection next year, and Cruz and Hawley harbor presidential aspirations — refer to Congress’ formal role as “the lone constitutional power remaining to consider and force resolution of the multiple allegations of serious voter fraud.”

Such allegations, born not of evidence but Trump’s deep denial, have dissolved upon scrutiny, however, and multiple recounts, audits and investigations have failed to produce evidence of fraud that would have altered the results of any state’s election.

Former Atty. Gen. William Barr last month broke with Trump over the matter, telling reporters the Justice Department had uncovered no evidence of such fraud. More than 50 lawsuits filed by Trump’s campaign and allies have been jettisoned from court, with judges in some cases expressing incredulity at the evidence-free accusations.

Nevertheless, the GOP senators are planning to stage a final battle, citing the dismissals and the Supreme Court’s refusal to hear Trump’s challenges as a reason they’re pushing to establish an “electoral commission” to conduct a 10-day audit. The inquiry, they said, would enable states to reconvene to “change their vote, if needed.”

“These are matters worthy of the Congress, and entrusted to us to defend. We do not take this action lightly. We are acting not to thwart the democratic process, but rather to protect it,” they write. “And every one of us should act together to ensure that the election was lawfully conducted under the Constitution and to do everything we can to restore faith in our Democracy.”

The lawmakers, who are mostly questioning the validity of electoral tallies in predominantly Black urban centers, also referred to the Compromise of 1877 as “precedent,” noting that Congress resolved that year’s disputed presidential election with a commission like the one they’re seeking. The letter did not mention that the 1876 election’s resolution hinged on the removal of federal troops from the South, effectively ending Reconstruction. It stripped away the newly acquired rights of Black people and ushering in the violent, segregationist Jim Crow era.

Although almost certain to fail, the protest vote offers a political opportunity for those eager to carry the mantle of Trump-ism, but it’s a stickier matter for senators facing reelection in 2022. Senate Majority Leader Mitch McConnell had hoped to avoid a vote that could fracture his caucus.

But as has been the case for the past four years, Trump’s need for constant demonstrations of loyalty has rarely spared Republicans from fights and unpalatable dilemmas. Trump has already attacked Sen. John Thune, (R-S.D.), the No. 2 Republican in the Senate, for predicting that any effort to challenge the electoral college results would “go down like a shot dog,” suggesting that South Dakota‘s governor challenge him in a primary next year.

But the actions by the Trump-aligned senators are driven by political calculus and the reality of a party that remains in Trump’s grip despite his defeat, presaging a looming battle for the GOP’s future.

One of McConnell’s closest outside advisors, GOP strategist Josh Holmes, made his disgust for the gambit clear, suggesting in a tweet that the lawmakers joining the challenge would backfire in the long run. “Rarely can you predict with 100% assurance that years from now everyone who went down this road will wish they had a mulligan,” Holmes wrote.