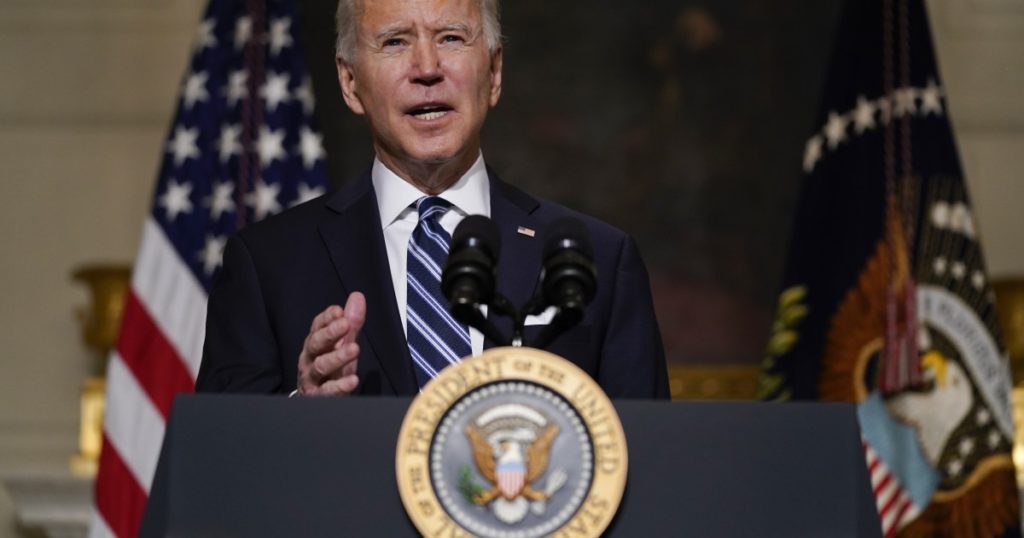 Calling for bipartisan negotiations on coronavirus relief, a group of Senate Republicans on Sunday proposed a rival stimulus plan about one-third the size of the $1.9-trillion White House-backed package.

The call by 10 Senate Republicans, outlined in a letter, was simultaneously an outreach and challenge to the new president, who has said a speedy relief measure is a top priority as COVID-19 continues to ravage the economy in California and across the country.

Nearly 440,000 Americans have died from COVID-19, and although the rates of new infections and deaths are easing, epidemiologists warn that new virus variants could quickly offset any progress.

“This virus is going to continue to mutate as long as it’s allowed to thrive in the world, and we need to do what we can to contain it,” said Dr. Thomas Inglesby, director of the Center for Health Security at Johns Hopkins University’s Bloomberg School of Public Health, on “Fox News Sunday.”

As Republican leaders showed little interest in passing another relief bill, Biden in recent days signaled that he could push through the Democratic-backed coronavirus relief package, whether or not any Republicans sign on. The 10 GOP senators who signed the letter said they hoped to speak directly with the president and head off that course of action.

“My hope is that the president will meet with us, and we’ll be able to work out something that is bipartisan,” said Sen. Rob Portman (R-Ohio), one of the signatories, appearing on CNN’s “State of the Union.”

Biden’s top economic advisor, Brian Deese, interviewed on the same program, did not immediately commit to the president meeting the GOP lawmakers.

He said the president’s team was “open to input from anywhere where we can find a constructive idea to make this package as effective as possible.” But Deese emphasized that speed was of the essence.

In their letter, the 10 Republicans, led by Sen. Susan Collins of Maine, described their plan as building on prior coronavirus relief measures that passed with bipartisan backing. “With your support, we believe that this plan could be approved quickly by Congress,” they wrote.

Biden has been under pressure from some within his party to use a legislative process called budget reconciliation, which would allow the White House to push through the huge relief package with Democratic backing alone. With a 50-50 split in the chamber, Democrats now hold a Senate majority with Vice President Kamala Harris’ ability to cast tie-breaking votes.

Sen. Bernie Sanders (I-Vt.) said he believed Democrats could pass the $1.9-trillion relief bill with no Republican support, despite signs that some in the president’s party are worried about the size of the package.

“It’s hard for me to imagine any Democrat, no matter what state he or she may come from, who doesn’t understand the need to go forward right now in an aggressive way to protect the working families of this country,” Sanders said on ABC’s “This Week.”

Sanders said he himself has “differences and concerns” about the measure, but “at the end of the day, we’re going to support the president of the United States.”

On “Fox News Sunday,” Sen. Bill Cassidy (R-La.) said the GOP plan would cost about $600 billion, about one-third as much as the White House plan. Cassidy pointed to vaccination rollout funding as one point of agreement, and said there were others as well.

“If you want bipartisanship, you ought to start with the group that’s shown it’s willing to work together for a common solution,” he said.

Jared Bernstein, of the president’s Council of Economic Advisers, said on the same program that the president is “absolutely willing to negotiate,” but that “right now, we are in a position where delay and inaction are the enemy of moving forward.”

Biden said Friday that he would like to see Republican support for a relief package “if we can get it,” but that there were “no ifs, ands and buts” about the need for the legislation to pass quickly.

Many Democrats are leery of delaying legislation in an effort to win GOP support, recalling that such efforts cost them valuable time in 2009 and 2010, when passing a stimulus package to address the Great Recession and later, the Affordable Care Act. Initially some Republicans expressed willingness to support the Democrat-led efforts if changes were made, but even after their concerns were addressed, Republicans still boycotted both measures.