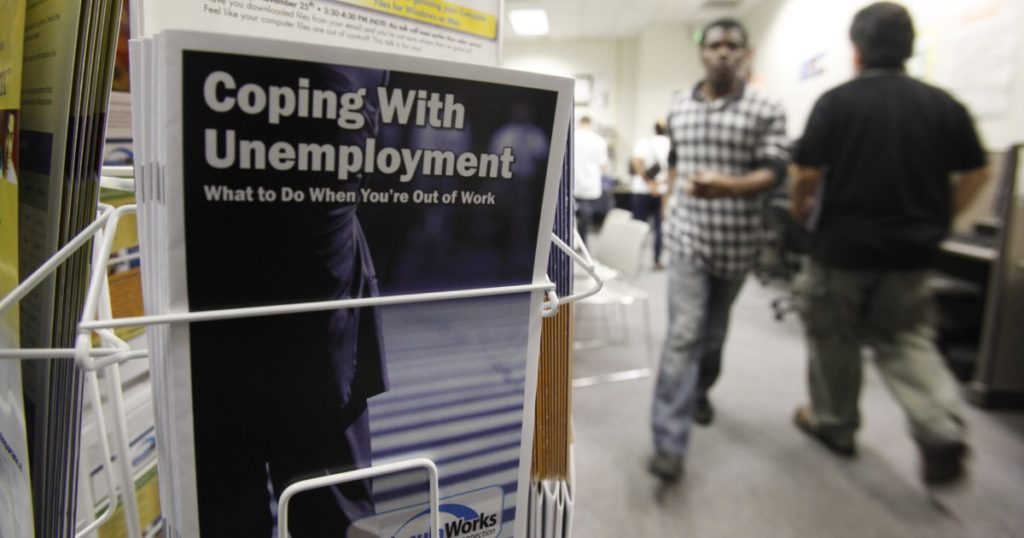 Ten months into a COVID-19 pandemic that put many out of work, the state unemployment agency has suspended payments on 1.4 million benefit claims, angering jobless Californians as it attempts to rein in rampant fraud.

The mass suspension is the latest controversy for an agency that has come under fire for jammed phone lines, computer glitches and operational problems that have left hundreds of thousands of frustrated Californians without financial help, many for months.

State lawmakers say their offices have been flooded with desperate calls from constituents who don’t understand why their jobless benefits have been cut off by the state Employment Development Department.

“I am angry and in disbelief that EDD continues to fail at its one and only job — sending benefits to those in need,” said Assembly member Miguel Santiago (D-Los Angeles). “Suspending benefits during one of the highest unemployment rates and right before bills are due is cruel especially during a pandemic.”

The state agency has processed an unprecedented 18.5 million claims and paid out more than $110 billion in benefits since the pandemic began in March 2020, shuttering many businesses and putting people out of work.

At the same time, authorities are investigating the possibility that more than $4 billion has been paid out by the state agency on fraudulent claims, often filed by criminals using stolen identities.

“As we approached the end of the year and the beginning of newly extended federal unemployment benefits, the EDD applied additional fraud detection screening to existing claims established during the pandemic,” said Loree Levy, a spokeswoman for the agency. “About 3.5 million of them were deemed potentially fraudulent.”

As a result, EDD officials have in recent days suspended 1.4 million claims until the recipients can verify their identity and eligibility for benefits, Levy said. Another 1.9 million claims were disqualified after the EDD determined they were not eligible.

The suspended claims could represent $28 billion in benefits if they follow the trend cited by authorities of payments averaging $20,000 per claim.

The EDD announced the suspensions on Sunday and said those whose claims were suspended were being notified by email or regular mail.

“They’re being notified about what information will be needed from them to verify identity or eligibility in order for payments to resume,” Levy said. “If no official response is received, claims will be canceled.”

Legislative officials say they are being told by EDD that instructions for reactivating claims are being sent out to claimants about a week after suspension. After that, the officials say, it should take no longer than three weeks to submit documents verifying eligibility and to have EDD lift a suspension.

State Sen. Mike McGuire (D-Healdsburg) said the threat of fraud was real but noted that the EDD “over-corrected” and his office had been inundated with calls from panicked constituents.

“Casting this wide net and suspending payments to law-abiding Californians is impacting the lives of tens of thousands of innocent residents struggling to pay their rent and put food on the table,” McGuire said Thursday.

The suspensions were ordered as the EDD geared up to begin sending out new $300 supplemental weekly unemployment benefits authorized by recent congressional action.

Irene Flores of Los Angeles, who was a Lyft driver before the pandemic, said she was notified her claim was suspended.

Flores said she first applied for unemployment in March and had twice had to file documents to verify her identity. Then on New Year’s Eve, she received a notice from EDD that her claim was again being suspended.

“It’s upsetting,” Flores said, “because there is no need for my account to be on pending for the third time when I sent in all of the documents they have asked for and they verified it.”

The halt in unemployment benefits has meant she has been unable to pay her January rent, Flores said.

Anita McLaughlin, who lost her job with an executive recruitment firm in March, has also been notified that her claim has been suspended.

She called EDD twice in the last week, waiting an hour and 25 minutes before the first call was disconnected without connecting to a representative. McLaughlin said she was on hold for 3½ hours during the second call and talked to three people, including a supervisor, who were all unable to help her resolve her claim.

Her attempts to upload documents to the EDD website to verify her identity have not been successful, she said Thursday.

“This has been a very stressful time and EDD has not helped,” said McLaughlin, who has had to move in with her sister in El Dorado Hills near Sacramento because of the financial hardship caused by the COVID-19 pandemic.